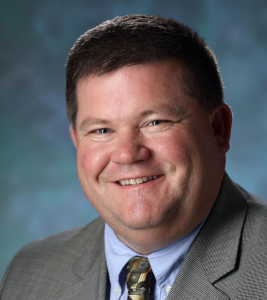 News release courtesy of the University of Illinois System:

Gregory Knott, an administrator for nearly two decades at the University of Illinois at Urbana-Champaign and a graduate of two U of I System universities, has been appointed secretary of the Board of Trustees and the University, President Tim Killeen announced Friday.

Knott, who currently serves as assistant dean of university libraries in Urbana, will succeed Dedra “Dee Dee” Williams, who will retire June 1 after 30 years with the U of I System, the last four as secretary. He will begin his new duties Jan. 6 in a designate capacity, working with Williams to provide a smooth transition. The appointment will go to the board for formal approval at its Jan. 16 meeting in Chicago.

Along with deep ties to the U of I System that include graduate degrees from Urbana and the University of Illinois at Springfield (UIS), Killeen said Knott also will bring invaluable experience from nearly a decade as a member of the Parkland College Board of Trustees.

“Greg has seen the U of I System as a student and from a leadership role, and knows the power our universities hold to transform lives and drive progress. Coupled with his hands-on experience in governing at Parkland, his unique perspective will serve the board and our universities well,” Killeen said.

As secretary, Knott will be a U of I System officer with wide-ranging responsibilities that include planning for board and board committee meetings; maintaining minutes, records and other board documents; responding to requests from the public; providing assistance and advice to other administrators, including the president; and assisting the trustees in their work for the system.

“I am deeply humbled and honored to be chosen as the ninth secretary of the Board and University,” Knott said. “The opportunity to work with such an amazing board and university leadership is exciting in helping to shape the future of the entire university system.”

Knott, 53, joined the university in 2002 as assistant head of the Department of Food Science and Human Nutrition in the College of Agricultural, Consumer and Environmental Sciences, where he helped coordinate fiscal, human resources and facilities management.

From 2006 until moving to university libraries in 2013, he also held a dual appointment as associate director for budget and human resources at the Center for Advanced Bio-Energy Research in Urbana. Knott was part of the team that established the center, now known as the Integrated Bioprocessing Research Laboratory, which bridges the gap from basic discovery to commercialization of products.

Knott earned two degrees from the U of I System after receiving his bachelor’s in agribusiness from Illinois State University. He earned a master’s degree in library and information science from Urbana, where he also was a student worker on the grounds crew, and an MBA from UIS, where he was a graduate assistant in the Department of Computer Services.

Since 2011, he has been a member of the Board of Trustees at Parkland College, where he earned his associate’s degree, and currently serves as chairman. He will resign from the board when he assumes his new position in January. He also is a member of the Parkland Foundation Board of Directors and was a member of the Champaign County Board from 2000 to 2011.

Knott is also an Eagle Scout, a Scout leader and operates a small farm in St. Joseph.

In his role as the ninth secretary of the Board and University, Knott will be one of four officers of the Board of Trustees. He will jointly report to the board chair and president and have responsibilities to all board members, including coordinating agendas for all meetings of the board and its committees.

Williams will retire June 1 after three decades with the university system, which also included nearly 23 years in various leadership roles with Urbana’s regional medical school campus. She is also an Urbana graduate, with a master’s degree in higher education management.