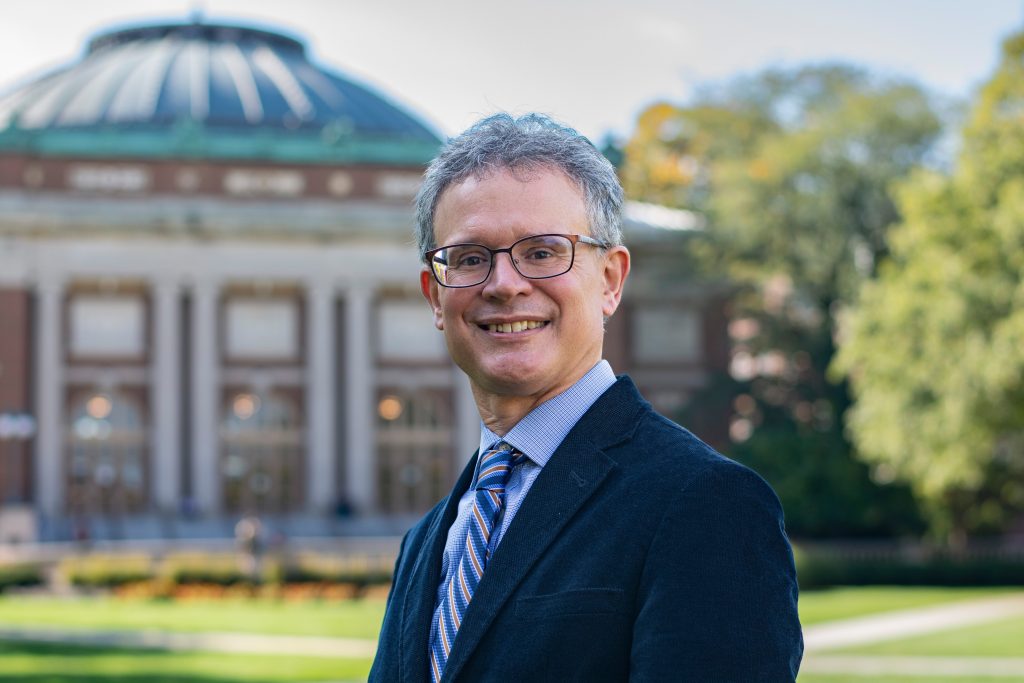 Christopher Prom has been appointed to serve as the Interim Juanita J. and Robert E. Simpson Dean of Libraries and University Librarian (Designate) pending approval by the Board of Trustees.

Professor Prom takes on this role after John P. Wilkin stepped down on November 30, 2022. The search process to recruit the next permanent dean is in its final stages. A new dean will be announced early in the spring semester. Professor Prom has agreed to serve in this interim role until the next dean’s appointment begins.

“Professor Prom emerged as the best candidate to serve in this important transitional role. Chris brings more than two decades of experience as a scholar and an administrator in the University Library. He has earned the trust of colleagues within the Library and across the campus. I am confident his leadership will allow the University Library to continue to advance its academic, research and service missions,” said Interim Vice Chancellor for Academic Affairs and Provost William T. Bernhard.

Chris holds bachelor’s and master’s degrees from Marquette University and a Ph.D. in History from the University of Illinois (2004).  He is a Fellow of the Society of American Archivists and previously served as its Publications Editor and Chair of the Publications Board.  He researches, presents, and teaches on topics related to digital archives and the preservation of digital cultural heritage materials.  He is currently directing two sponsored projects: Email Archives: Building Capacity and Community and Email Archiving in PDF: From Initial Specification to Community of Practice. Chris is also co-chair of the program committee for iPres 2023, an international digital preservation conference, which will be held at the University of Illinois in September 2023.