Wilkin Announces Plans To Step Down 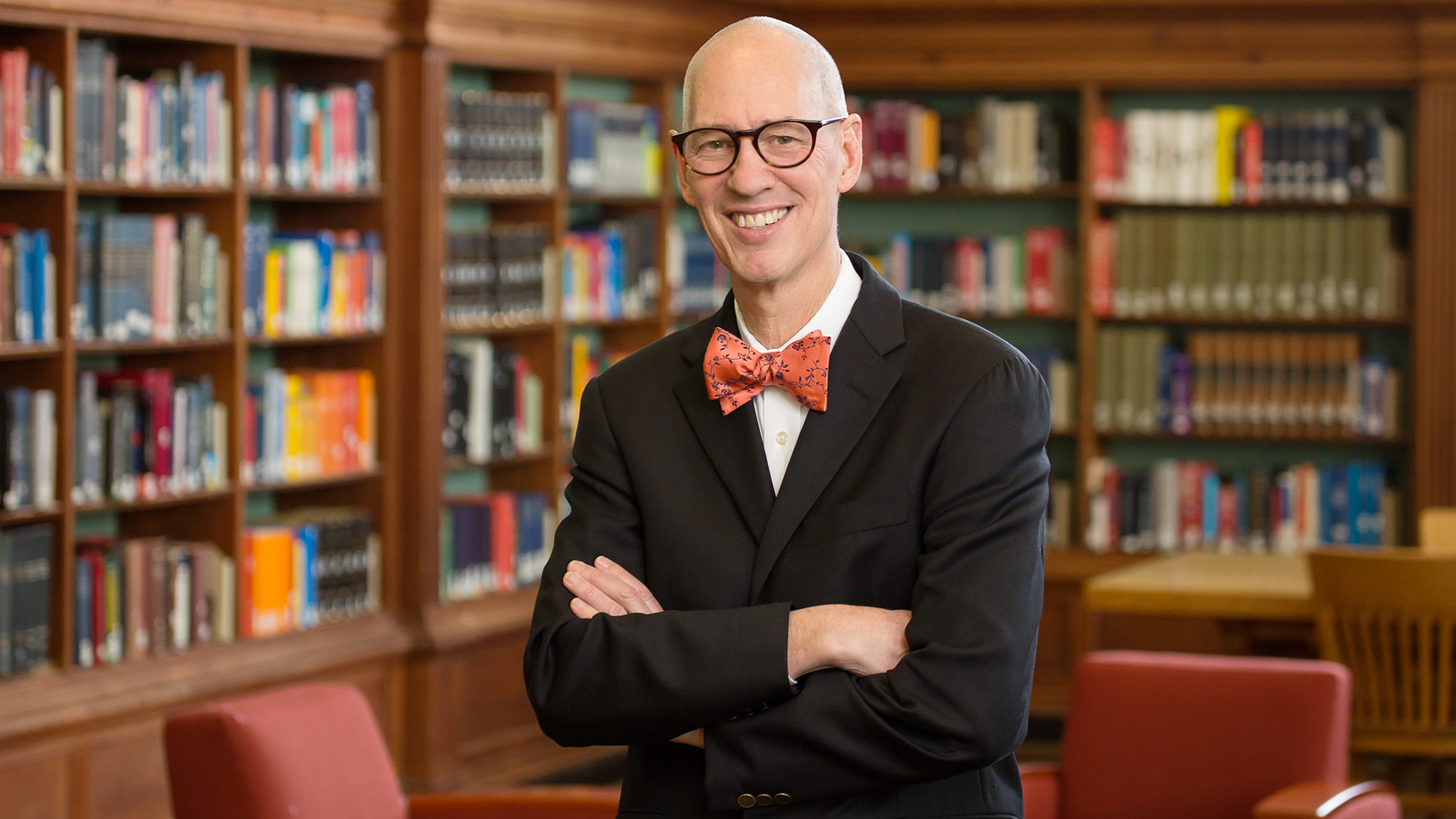 John Price Wilkin believes in change. And that includes change in leadership.

In February, Wilkin announced his intention to step aside as Juanita J. and Robert E. Simpson Dean of Libraries and University Librarian at the University of Illinois to make way for his successor.

“Organizations need changes in leadership to continue to thrive and respond to evolving challenges,” he wrote in an email to Library staff. “It is an important time to strategically consider the future of our Library.”

When Wilkin came to Illinois in 2013, after nearly three decades in library-related positions at the University of Michigan, he wrote a list for himself. The succinct, matter-of-fact analysis—a clear-eyed, Ben Franklin-style tally—outlined five University Library priorities he wished to address: Google digitization (to broaden access to materials), storage of print collections, diversification of faculty and staff appointments, a shared repository, and discovery (how users find things).

“When I look back on my time,” Wilkin said of his nearly 10 years at the helm, “every one of these things is an area where we made tremendous accomplishments.” In fact, Google digitization has expanded from fewer than 100,000 to 1 million volumes, Illinois leads the Big Ten Academic Alliance in storage efforts, and the Library has greatly diversified its staff makeup and type of academic appointments. “Our digital repository is incredibly strong,” he added, “and we are in conversations with CARLI [Consortium of Academic and Research Libraries in Illinois] to extend that infrastructure statewide for other institutions.

“Our discovery work has been immensely successful in serving as a linchpin for success in research.”

In those early days, Wilkin also hoped that by the end of his tenure the Library would have reached additional milestones: having a transformed building, strong leadership development, acknowledgment as a leader in shared curation, and a strengthening of the notion of “library as place.” He points to such efforts as the Library Building Project, collaborative teamwork, the Research Data Service, data management, and advances in scholarly communication and publishing as evidence of excellence in those fields.

But nothing of real value gets done by a single individual, he emphasized; it takes a team.

“When I think of all the things that I’m proud of,” Wilkin said, “I also, in every case, think immediately of the many people who played pivotal roles in advancing those initiatives.

“This is the work of a team, and . . . one of the things that I’m proudest of is the way that we pulled together to make these things happen,” he said.

While at Illinois, Wilkin also served as interim vice chancellor for academic affairs and provost designate in 2017-18. In 2019, he received the Hugh C. Atkinson Memorial Award, granted to an academic librarian for significant contributions to library automation or management, and for notable improvements in library services or research.

As to the change in leadership, a search committee is being formulated, and Wilkin will stay on until a new dean is in place (perhaps by January 2023). After a semester’s break time, Wilkin plans to return to the Library faculty and assist with special projects of the chancellor, including as part of HELIOS (the Higher Education Leadership Initiative for Open Scholarship), a cohort of U.S. colleges and universities.

Regarding the work that he and his team realized over his years of service, Wilkin maintains the long view. “It’s not just about Illinois by itself or not just about libraries by themselves,” he said, “but about [the] knitting together of our strength in the context of what . . . libraries should do and should be.”