Season’s greetings to you from all of us in the Agricultural Communications Documentation Center.  We have enjoyed being in touch with you during 2011 through ACDC News and other contacts. Thanks for your interest in this dynamic, growing field of knowledge about communications within – and about – agriculture in all its breadth. Your interest gives us real encouragement.

Looking to see some of you on February 17. Business leaders, media, non-profit organizations and academia will meet here in Champaign, Illinois, on February 17 for a first-of-its-kind international agricultural communications symposium. Focused on “Food and Agricultural Communications – The Next Frontier,” this event is hosted by the College of Media and College of Agricultural, Consumer and Environmental Sciences. It is open to anyone interested in strengthening communications about food, fiber, feed, renewable energy, rural-urban relations, natural resources, rural development other dimensions of agriculture.

More than 20 speakers from throughout the nation, and abroad, will define and explore critical issues facing food and agriculture including:

This event marks the 50th anniversary of the agricultural communications program at the University of Illinois.  A gala celebration will follow the symposium program.

You can learn more at: http://www.agcommevent.com

About climate change: “Perhaps, in the end, feeling really is believing.” Findings reported recently by researchers Jane Risen and Clayton Critcher suggest that well-conducted research is not necessarily what makes a future event feel more real. People’s current personal experiences may over-ride scientific evidence. Authors concluded in a 2011 article in Chicago Booth Magazine from the University of Chicago Booth School of Business:

“Although there is no doubt that scientific evidence is an important method for convincing people of scientific facts, … our research suggests that factors that facilitate the ability to picture what a future event would look and feel like may, at times, exert a strong (if not stronger) effect.”

How to mix food advertising claims with product features. A recent article in the Journal of Applied Communication Research reported on research to explain the increasingly popular practice of using unmatched claims for food advertising.  Researchers used theory involving schemas, the mental structures that organize our beliefs and expectations about given domains.  In particular, they focused on how to identify effective advertising claims for “vice foods” (that provide immediate benefits and delayed costs) and “virtue foods” (immediate costs and delayed benefits).

Check with us at docctr@library.illinois.edu for help in gaining full-text access.

Media disconnect in Sub-Saharan Africa .  A 2009 report from the International Women’s Media Foundation described results of a study that monitored newspaper, television and radio coverage in Mali, Uganda and Zambia. Among the findings:

You can read the full report here: http://www.iwmf.org/docs/SowingTheSeeds_final.pdf

Tip of the hat to Southern rural humor. It came under review recently in a panel discussion at the University of North Alabama and was covered by reporter Dennis Sherer of TimesDaily.com (Florence).  Panelists acknowledged how television shows about life in the South became huge hits with fans in the 1960s and 1970s, but often the target of critics.

“They would rush for the thesaurus to find new words to use to describe how terrible these programs were,” explained panelist Tim Hillis.  “The more critics yelled about them, the more popular the shows became.” It happened with “The Beverly Hillbillies,” “Hee Haw,” “The Andy Griffith Show,” “The Dukes of Hazard” and other television shows (and films).

Panelists concluded that Southern life continues to resonate well with movie and television audiences. You can read the news article here:

Congratulations and thanks to another valued ACDC associate. 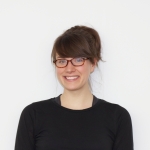 We congratulate Gemma Petrie as she completes her master’s degree in Library and Information Science this month.  Gemma has contributed in dozens of ways during the past year and a half as graduate assistant in the Center. For example, through her skilled efforts as academic coordinator and webmaster:

Thanks, Gemma, and best wishes in your career ahead.

How a farm editor can double readership levels. We close this issue of ACDC News with a piece of advice we discovered recently while conducting some historical research.  Paul Stephens of American Farming offered it during the 1922 meeting of the American Agricultural Editors’ Association, claiming it to be “the best editorial idea I ever had.”

“Every time you cut a story in two

you increase its readability 100 percent.”

Please pass along your reactions, suggestions and ideas. Feel free to invite our help as you search for information. And please suggest (or send) agricultural communications documents we might add to this unique collection. We welcome them in hard copy (sent to Ag Comm Documentation Center, 510 LIAC, 1101 S. Goodwin Avenue, Urbana, IL 61801) or in electronic format sent to docctr@library.illinois.edu