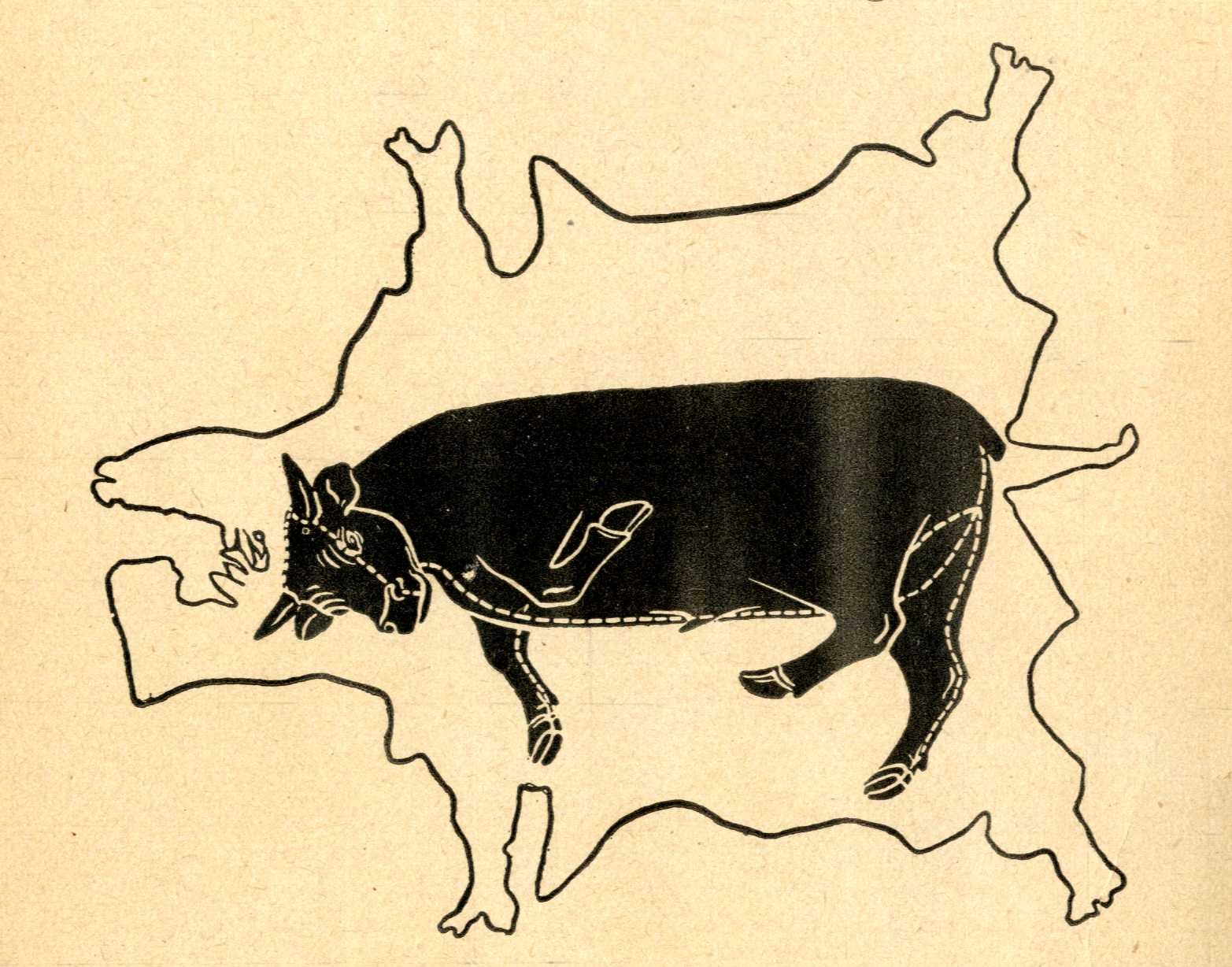 Researchers concluded that small farm businesses, through good management of off-farm and on-farm activities, can benefit from Internet service as it opens up options for gaining information and potentially reducing input costs and household expenses.

You can read this conference paper, “Assessing the impact of Internet access,” at: http://ageconsearch.umn.edu/handle/143019

Thanks to Gordon Collie of AgriProse in Brisbane, Australia, for an alert about some newsy reporting by James Nason ( www.beefcentral.com ) that caught urban attention.

Gordon explains that the killer line in this recent story was about two unwanted cows in a yarding of 3,000 head. James reported that they actually sold for $20 each. In the story, he went on to quote the local selling agent as having heard on the radio that you need to sell 25 cattle at $20 a head to feed a family for two weeks.

Gordon continued: “Then we have some bright spark working out how many cows a farmer has to sell at $20 to feed his family!”

Information that Italian consumers want and use on food labels

A 2012 article in the International Journal on Food System Dynamics described results of focus groups and a survey among consumers in Milan. Among the findings:

You can read the journal article at: http://centmapress.ilb.uni-bonn.de/ojs/index.php/fsd/article/view/275/259

April brought the 180 th birth anniversary of a pioneer rural journalist. We learned of it recently when we added to the ACDC collection a news article about observance of a birth anniversary recognizing Kangal Harinath. The occasion took place in his ancestral home in Kushtia, a district now in western Bangladesh.

Speakers at the birthday anniversary recognized Harinath (1833-1896) as a pioneer in rural journalism. He first wrote for a newspaper, Sangbad Prabhakar , in 1854. In 1860 he began publishing Grambarta Prokashika , which emerged as a leading weekly magazine. He was cited as “one of the few dedicated souls who through his writings relentlessly sought to alleviate the misery of the masses.”

You can read this article at: http://www.thedailystar.net/newDesign/news-details.php?nid=243034

Is development journalism out of date?

Authors concluded: “Development journalism nowadays seems to have a firm position in African journalism education. This development does not take place on a big scale, but it definitely happens in niches.”

Darn, where did that link go?

If you happen to use the internet frequently, you’re probably familiar with this exclamation. As we here at the ACDC have noted in earlier newsletters, information online can be tragically ephemeral and transitory. In a world that demands information in an instant, this difficulty can be an immense frustration.

Happily for us, however, the ACDC has begun adopting a potential solution to this problem: a DOI, or Digital Object Identifier, is a string of characters assigned to a digital object (such as a journal article) to serve as a persistent identifier. This means that no matter where the article moves on the internet, by inserting the character string after the DOI repository prefix, you will always be linked to the same object.

If you’d like to learn more about DOIs, we encourage you to consult these additional sources:

In our next issue, we will provide some examples of how you can use DOIs to help locate material in the ACDC collection and elsewhere on the internet.

Blessed are the meek

We close this issue of ACDC News with advice from a country editor, Donald A. Norberg. He shared his code of practice in a 1949 issue of Nieman Reports . He offered the following philosophy in his article, which we added recently to the ACDC collection:

“Community newspapers cannot just observe and report on the parade of humanity. They’ve got to march in it.” The meek, he argued, are the marchers…the builders.

Check with us at docctr@library.illinois.edu if you would like help in gaining access to this article, “Blessed are the meek.”

Please pass along your reactions, suggestions and ideas. Feel free to invite our help as you search for information. Don’t forget to follow us on Twitter @ACDCUIUC . And please suggest (or send) agricultural communications documents we might add to this unique collection. We welcome them in hard copy (sent to Ag Comm Documentation Center, room 510, 1101 S. Goodwin Avenue, Urbana, IL 61801) or in electronic format sent to docctr@library.illinois.edu

“If you enjoy writing about the environment, plants, food, and genetics and either enjoy broadcast media or digital media combined with an interest in farming, there’s a field of journalism open called agricultural and environmental journalism.”

You can read her article at: http://www.examiner.com/article/careers-agricultural-journalism-increasing-locally-include-nutrition

An estimated 30-50 percent of all food produced on the planet is lost before reaching a human stomach. That sobering statistic launched a January 2013 report we are adding to the ACDC collection from the Institution of Mechanical Engineers (London, UK). Much of the 31-page report documented where, how, and why waste occurs in the global food system. And we note that all three recommendations in the report center in communications:

You can read this report, “Global food: waste not, want not,” at: http://www.imeche.org/docs/default-source/reports/Global_Food_Report.pdf?sfvrsn=0

How farmers decide to enter agritourism

You can read their article in Agricultural and Resource Economics Review at: http://purl.umn.edu/132529

Research findings reported in the International Review of Research in Open and Distance Learning revealed a mixed answer to that question in rural and remote regions of developing countries. Analyses of mobile learning (mLearning) projects in six Asian countries showed:

What consumers want on food labels that’s not available now

You can read this article in the International Journal on Food System Dynamics at: http://centmapress.ilb.uni-bonn.de/ojs/index.php/fsd/article/view/275/259

Congratulations to our associate, Stephanie Pitts-Noggle .

This month Stephanie will receive her master’s degree in library and information science here at the University of Illinois. She successfully carried out her study program while serving as ACDC academic coordinator and webmaster through a half-time graduate assistantship.

We close this issue of ACDC News with an example from Tony Holkham in his book, Label writing and planning: a guide for good consumer communication. We added it recently to the ACDC collection. Holkham wondered how consumers interpret this food-related label:

He said this puzzling approach reminds him of comedienne Phyllis Diller’s take on this label, “Keep away from children.”

Please pass along your reactions, suggestions and ideas. Feel free to invite our help as you search for information. Don’t forget to follow us on Twitter @ACDCUIUC . And please suggest (or send) agricultural communications documents we might add to this unique collection. We welcome them in hard copy (sent to Ag Comm Documentation Center, room 510, 1101 S. Goodwin Avenue, Urbana, IL 61801) or in electronic format sent to docctr@library.illinois.edu