Documents from the collection of India Office records, held by the British Library. In addition to the records of the East India Company, this collection includes records of other agencies charged with administering India, especially after the British Crown took over direct administration of India in 1858. (The Company’s charter officially expired in 1874.) 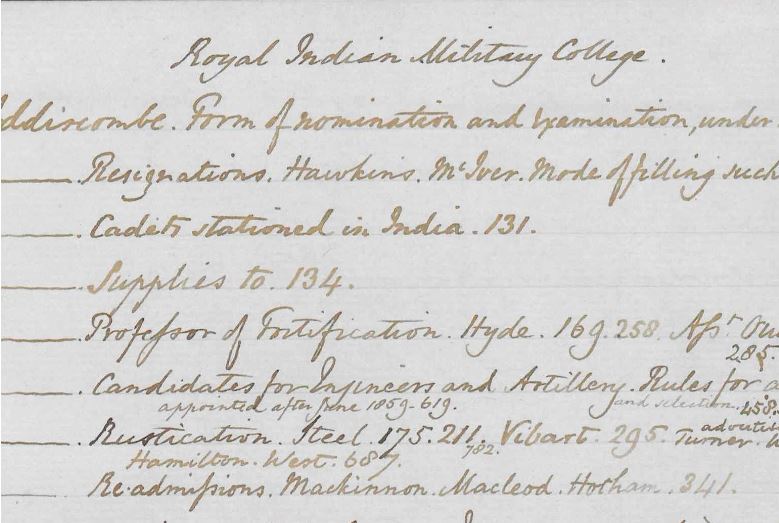 The collection at the British Library is organized into record series based on the agencies from which the records originated, and the digital collection is based on this classification scheme. Due to the large amount of manuscript material in the India Office Records, few of the documents are keyword searchable, so the interface provides many different ways of interacting with the collection, including by record series, by date, by theme, by index terms (where available), and a hierarchical index of government. Some documents are keyword searchable.