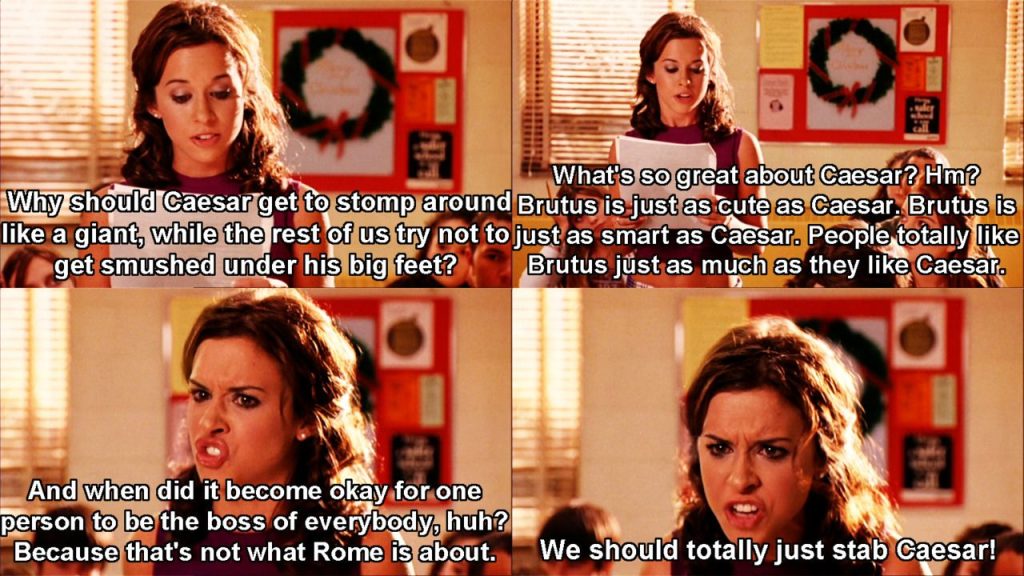 Julius Caesar (100 B.C.-44 B.C.), Roman general and statesman is the namesake for July. Before 44 B.C, July was called Quintilis (5th month,  Originally there were 10 months in a year then the Roman calendar changed to 12 making Quintilis the 7th month but it kept its name–until it was changed in 44BC). However, the Roman Senate decided to honor Julius Caesar after his death by renaming Quintilis, his birth month, to Julius, eventually becoming July.

So what is so great about Caesar that he merited a month named after him? Well, Julius Caesar, or Gaius Julius Caesar, was a member of the first triumvirate and later a dictator of Rome (which would later lead to his demise). He has an enormous legacy in history, literature, and art, all of which you can research at the History, Philosophy, and Newspaper Library!

Check out this short bibliography of works related to Julius Caesar in the library!

To read about Caesar’s effect on western culture, see Julius Caesar in Western Culture by Maria Wyke. Caesar has a fascinating legacy through Shakespeare and in American history especially. Notably, President Abraham Lincoln was assassinated by a disgruntled actor who envisioned himself as the justified Brutus to Lincoln’s tyrannical Caesar (even yelling sic semper tyrannis during the assassination–or “thus always to tyrants.”) Wyke explores this and other topics in greater detail, check it out!

A sourcebook of documents regarding what we know about the historical figure Cleopatra. She was very closely tied to Caesar, so if you’ve ever wanted to learn more about her and what the historical sources say about her look no further (actually, please look further–more research is always better!)

For a modern interpretation of the fall of Caesar and the fall of Rome, look no further than Mean Girls. This cinematic classic sees Regina George as a dictator-like queen bee in suburban Chicago high school and her inevitable fall from power at the hands of betrayal from her friends. Et tu, Brute indeed.

Julius Caesar by William Shakespeare is available to read, or you can stream a recording of the play! There are also DVDs of previous productions in the Main Stacks and the Music and Performing Arts Library. Julius Caesar is a historical play and tragedy by Shakespeare first performed in 1599. It focuses on the last days of Caesar and Brutus’ involvement in his assassination. Perhaps a Mean Girls/Julius Caesar double feature?!

Still not sure what is so great about Caesar? Try searching “Julius Caesar” and/or “Rome” in the library catalog, and happy researching!