In honor of Dr. Bruce Berndt’s 80th birthday the Mathematics Department at the University of Illinois is hosting the conference Analytic and Combinatorial Number Theory: The Legacy of Ramanujan from June 6-9th. The topics for the conference include all areas of number theory, with a focus on those areas that have been influenced by Srinivasa Ramanujan. The conference will feature a broad spectrum of invited talks as well as opportunities for contributed talks. Dr. Berndt has been a faculty member at Illinois for 52 years. He has written more than 240 papers and 14 books, and has supervised 36 PhD students during this period. 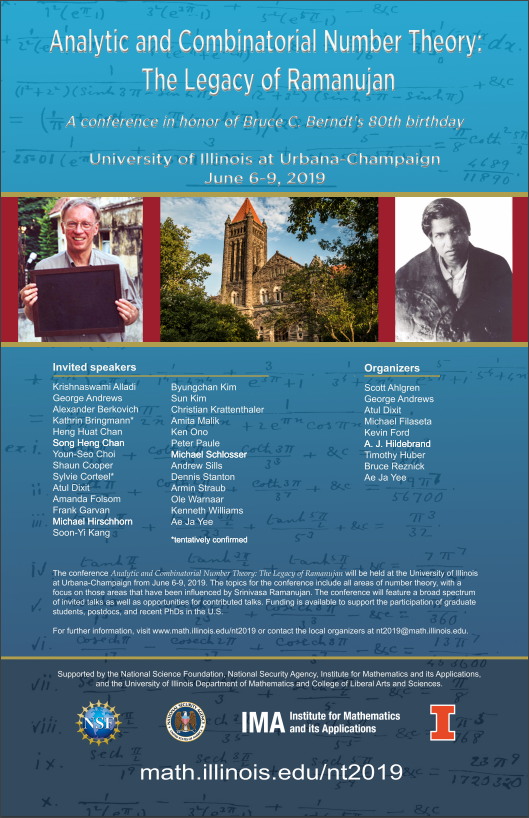