Now on Display in the Math Library: A celebration of the work of Katherine Johnson
In celebration of the 50th anniversary of the Moon landing, the Mathematics Library would like to highlight a mathematician that made it possible, Katherine Johnson. Johnson was born August 26, 1918 in White Sulphur Springs, West Virginia. In 1937 she graduated from West Virginia State College with a B.S. in Mathematics and French. Before being hired to run numbers and solve equations for the space program in 1953, Johnson worked as a school teacher.

At NACA, the predecessor to NASA, Johnson worked as a mathematician in the flight research division. When NACA became NASA, Katherine Johnson joined the Spacecraft Controls Branch where she did some of her most notable work. She did trajectory analysis for Alan Shepard’s 1961 mission, America’s first human spaceflight. “In 1960, she and engineer Ted Skopinski coauthored ‘Determination of Azimuth Angle at Burnout for Placing a Satellite Over a Selected Earth Position,’ a report laying out the equations describing an orbital spaceflight in which the landing position of the spacecraft is specified. It was the first time a woman in the Flight Research Division had received credit as an author of a research report.”

Famously, John Glenn asked for her specifically to run the numbers for his mission to orbit the Earth in 1962. “If she says they’re good,’” Katherine Johnson remembers the astronaut saying, “then I’m ready to go.”

Johnson was responsible for not only calculating the flight trajectory for Apollo 11’s flight to the Moon, but also for the calculations that allowed the lunar lander to synch with the Command and Service Module orbiting the Moon. “She also worked on the Space Shuttle and the Earth Resources Satellite, and authored or coauthored 26 research reports.”

In 1986, Katherine Johnson retired from NASA. In 2015, President Obama awarded her with the Presidential Medal of Freedom. 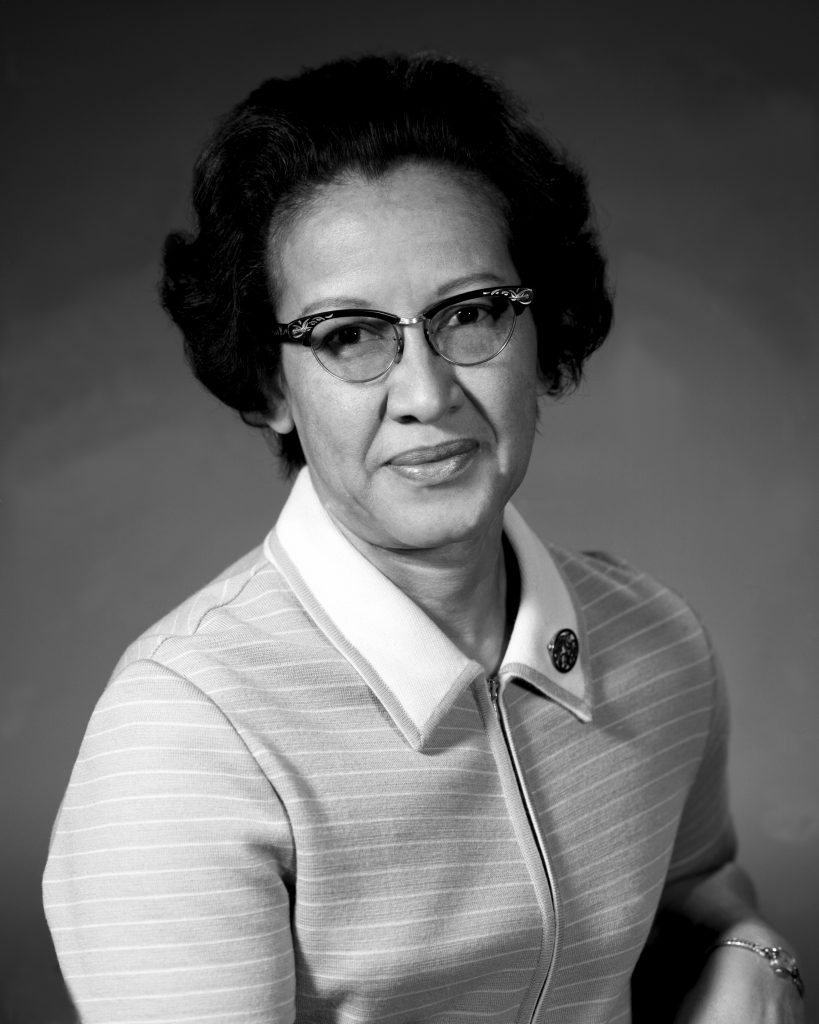