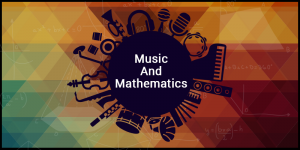 On Tuesday, April 3rd, 2018 at 4:30 pm, in Altgeld Hall room 314, Professor Rudolf Haken from the University of Illinois’ School of Music, will be performing in a concert titled “Music in the Mathematics Department”. The concert will feature 5 & 6 string violas with pieces by Mozart, Bach, and Haken. Admission is free and open to the public. 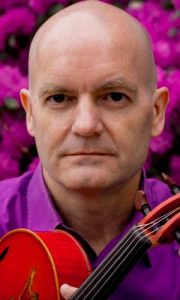 Rudolf Haken is a violist and composer internationally renowned for his creative melding of disparate musical styles and genres. He is particularly known for his work with extended-range violas, appearing in concert on four continents with his Rivinus five-string viola and Jensen six-string electric viola.

Performances of his compositions, including numerous commissioned works, have met with great success both in live performance and recordings. In September 2012, violinist Rachel Barton Pine premiered Rudolf Haken’s solo violin work Faust at Chicago’s Beethoven Festival. Pine had commissioned this work from Haken as part of an effort to bring heavy metal influence into solo acoustic violin music. In April 2011, Haken’s Violin Concerto for Stefan Milenkovich was premiered at the NOMUS Festival (Novi Sad, Serbia) and at Kolarac Hall in Belgrade. A Centaur CD of concertos composed by Rudolf Haken was chosen as a 2007 “Critics’ Choice” by American Record Guide. In 2004, WTTW-Chicago produced a video featuring Haken performing his transcriptions of Van Halen and Metallica on a Jensen five-string electric viola. This video was shown frequently in passenger areas at O’Hare and Midway airports in Chicago.

Mr. Haken started his career as a child prodigy. At the age of ten, he conducted his first orchestral works at the Krannert Center for the Performing Arts (University of Illinois) with the encouragement of Professor Charles DeLaney. As a child, Haken appeared frequently in the US and Europe as composer, conductor, soloist, and chamber musician. In his teenage years, Haken studied composition and piano with Hubert Kessler and viola with Guillermo Perich.

Rudolf Haken’s compositions, recordings, and teaching materials can be found at www.rudolfhaken.com. Currently, Haken is on the music faculty of the University of Illinois at Urbana-Champaign.

“Haken’s concerto was such a success that the public demanded an encore and Milenkovich repeated the most virtuosic part of the concerto . . . The huge applause and screaming from the audience made it seem like we are all at a rock concert . . . a standing ovation from the audience of all generations . . .”
– Radio Srbija, review of a violin concerto composed by Rudolf Haken, performed by Stefan Milenkovich with Camerata Academica Novi Sad

“Ordinary boundaries do not fence Rudolf Haken in . . . He flaunts his fiddling capabilities in a Concerto for Five-String Viola—four wacky but well-crafted movements . . .”
–American Record Guide, review of Centaur CD of concertos composed by Rudolf Haken (selected as “Critics’ Choice” for 2007)

“The man with the unique super-viola . . . The versatility of the instrument was convincing, allowing the technically skilled and musically expert virtuoso to expand the narrow bounds of conventional instrumental art to an almost unlimited degree.”
–Westfälische Rundschau

“A visit to Rudolf Haken’s YouTube channel . . . reveals the liveliness, the freedom, and the serenity that exemplifies this artist—and the courage he has in presenting himself for videos. First we see him playing Van Halen and Metallica, in leather pants and cool poses, with an electric viola. Then, a few clicks further, Rudolf Haken is shown as an interpreter of Bach, in a concert hall, with great seriousness and interprative depth. He is a pioneer, as demonstrated by his repertoire, his way of working, and his manner. This is what drives him, and what he delivers to the audience.”
– Siegener Zeitung

“We can no more come to understand mathematics by examining its final product than we can understand the experience of music through simply looking at a score or an analysis of one; there is an experience that lies underneath and behind the systematic organization of the material.”
– Music critic/composer Edward Rothstein (p. 38 of his 2006 book Emblems of Mind: The Inner Life of Music and Mathematics)

“Musical form is close to mathematics — not perhaps to mathematics itself, but certainly to something like mathematical thinking and relationship.”
– 20th century Russian composer Igor Stravinsky

“Music is the pleasure the human soul experiences from counting without being aware that it is counting.”
– German mathematician and philosopher Gottfried Wilhelm von Leibniz (1646-1716) who co-discovered calculus

“There is geometry in the humming of the strings, there is music in the spacing of the spheres.”
– Pythagoras

“Mathematics has been used for centuries to describe, analyze, and create music. Leon Harkleroad explores the math related aspects of music from its acoustical bases to compositional techniques to music criticism, touching on overtones, scales, and tuning systems, the musical dice game attributed to Mozart and Haydn, the several-hundred-year-old style of bell-playing known as ringing the changes, the twelve-tone school of composition that strongly influenced music throughout the twentieth century, and many other topics involving mathematical ideas from probability theory to Fourier series to group theory. He also relates some cautionary tales of misguided attempts to mix music and mathematics. Both the mathematical and the musical concepts are described in an elementary way, making the book accessible to general readers as well as to mathematicians and musicians of all levels.”