We created an Anti-Racist Action Plan in Summer 2020 to guide our objectives and hold ourselves accountable. As part of that, we are providing regular updates on our progress, and here’s the third update:

END_OF_DOCUMENT_TOKEN_TO_BE_REPLACED

A recording of the event, “Aspen Magazine: Art in a Box” is now available! 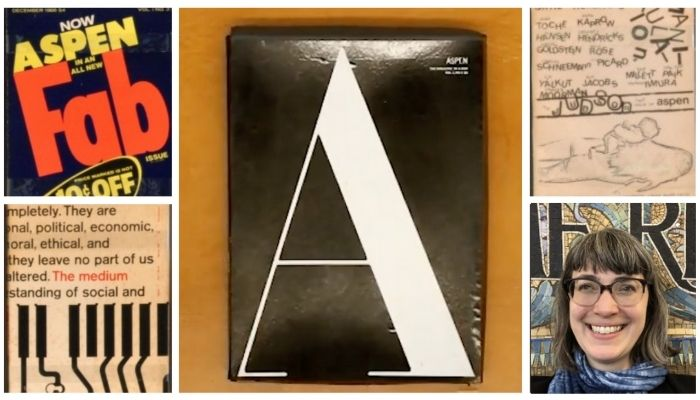 Aspen Magazine:
Art in a Box

A Special Presentation by
Emilee Mathews
Art and Architecture Librarian

Aspen Magazine is a renowned publication that brought together leading artists across the United States and the United Kingdom, running from 1965 to 1971. The subject of recent museum exhibitions from Walker Art Gallery in Minneapolis, Minnesota, and Whitechapel Art Gallery in London, Aspen Magazine is one of the most iconic examples of the 1960’s artist magazine movement. Each issue was directed by artists and designers who determined all aspects of the issue’s intellectual and visual content. Editors included Andy Warhol (who edited the Pop Art issue in 1966) and Angus MacLise of the Velvet Underground (who edited the Psychedelic issue in 1970). Articles—often in pamphlet form, many times including Super 8 films, reel-to-reel tapes, and records—featured such luminaries as Marshall McLuhan, Lamonte Young, Roland Barthes, and Lou Reed. Topics across art, design, architecture, music, literature, media, and film were featured regularly.

Art and Architecture Librarian Emilee Mathews will go behind the scenes to delve into the magazine’s formation and context, and will show the Ricker Library of Architecture and Art’s recently donated copy to feature highlights from the magazine’s short but spectacular run. 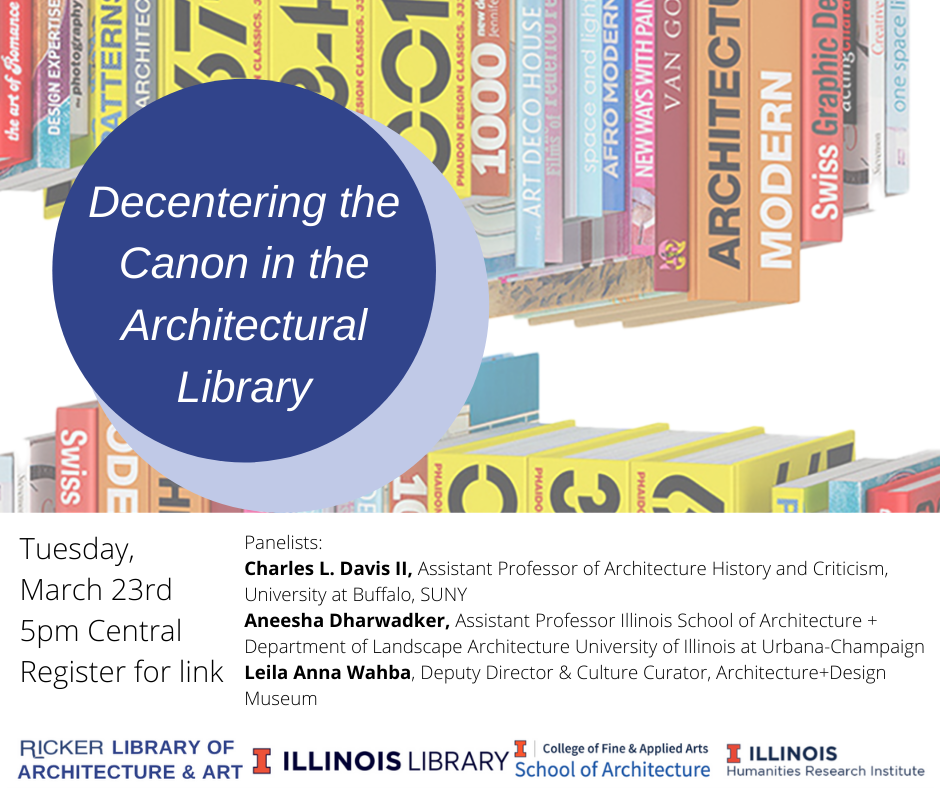 The recording is now available with some simple navigation so that you could go to the first topic, the second topic, the Q&A, or just start from the beginning.

Additionally, Ricker has put together a quick bibliography of resources brought up during the panel, by the discussants, audience members in the Q&A, and what have been submitted since in the survey. Please provide comments and suggestions! deliberately to ask for your comments and further suggestions in this at least somewhat collaborative format. Lastly, a post-event survey is available to collect feedback.

Please join us for a panel discussion on decentering the canon in the architectural library. The library collects materials that have filtered through such canonizing forces as higher education and the publishing ecosystem. Can the library broaden the canon, or does it merely reinforce it? What critical interventions might we make to resist our canonizing tendencies, for today and or tomorrow?

Our panelists include expertise from a broad range of disciplines within architecture, including architectural history, museums, and practice:

The panel will be moderated by Soumya Dasgupta, PhD. candidate in Architecture (History and Theory) in the Illinois School of Architecture, and Emilee Mathews, Head of Ricker Library of Architecture and Art, at the University of Illinois at Urbana-Champaign.

This event is hosted by the Ricker Library of Architecture and Art in partnership with the Illinois School of Architecture; funding is provided by the University of Illinois Library Innovation Fund and co-sponsored by the Humanities Research Institute.

Register here for the event: https://bit.ly/37GmuQj

We’ve created an Anti-Racist Action Plan to guide our objectives and hold ourselves accountable. As part of that, we are providing regular updates on our progress, and here’s the second update:

END_OF_DOCUMENT_TOKEN_TO_BE_REPLACED

She is author of the book Some of her other publications can be found in Afterall, Afterimage, American Studies, Aperture, and American Quarterly. She is currently completing her next book titled, Norman Rockwell: The Civil Rights Paintings.

END_OF_DOCUMENT_TOKEN_TO_BE_REPLACED 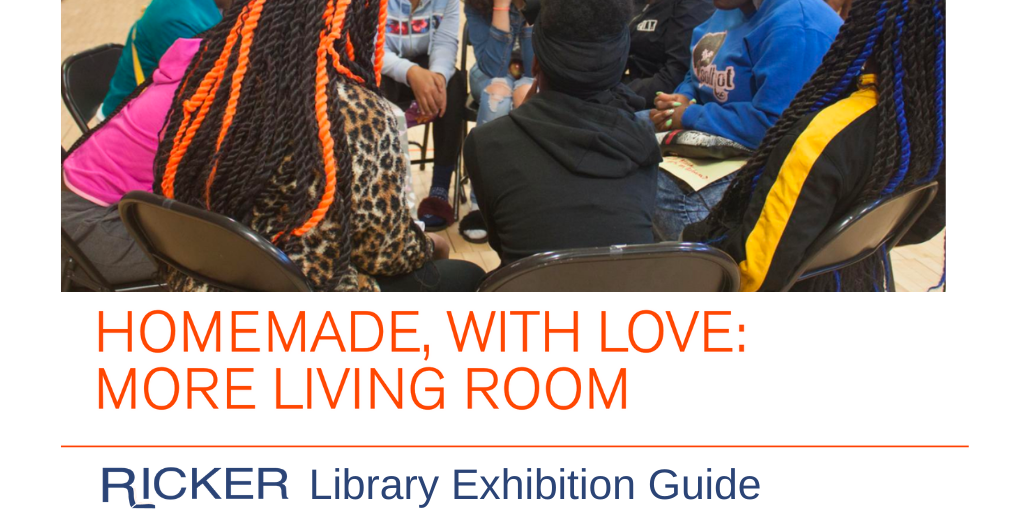 We’re so excited (and terrified) to start the 2020/2021 year with you! Here’s a quick guide to information, resources, and materials we want to make you aware of.

We’ve created an Anti-Racist Action Plan to guide our objectives and hold ourselves accountable. As part of that, we are providing regular updates on our progress, and here’s the first update: