April Fool’s Day seems like it happened years ago, but we are carrying on the humor with our current pop-up exhibit, “Punny Pick-me-ups: Humor as a Social Medicine Prescribed by Professional Punsters,” curated by GA Kellie Clinton. On display are a series of joke books, also referred to as wits, witticisms, jests, satires, bon mots, boners, and more. These eleven books demonstrate how humor has evolved from 1658 to 1931. This particular exhibit looks at these items through the lens of using humor as a social medicine, defining both “ailment” and “social medicine” very broadly. 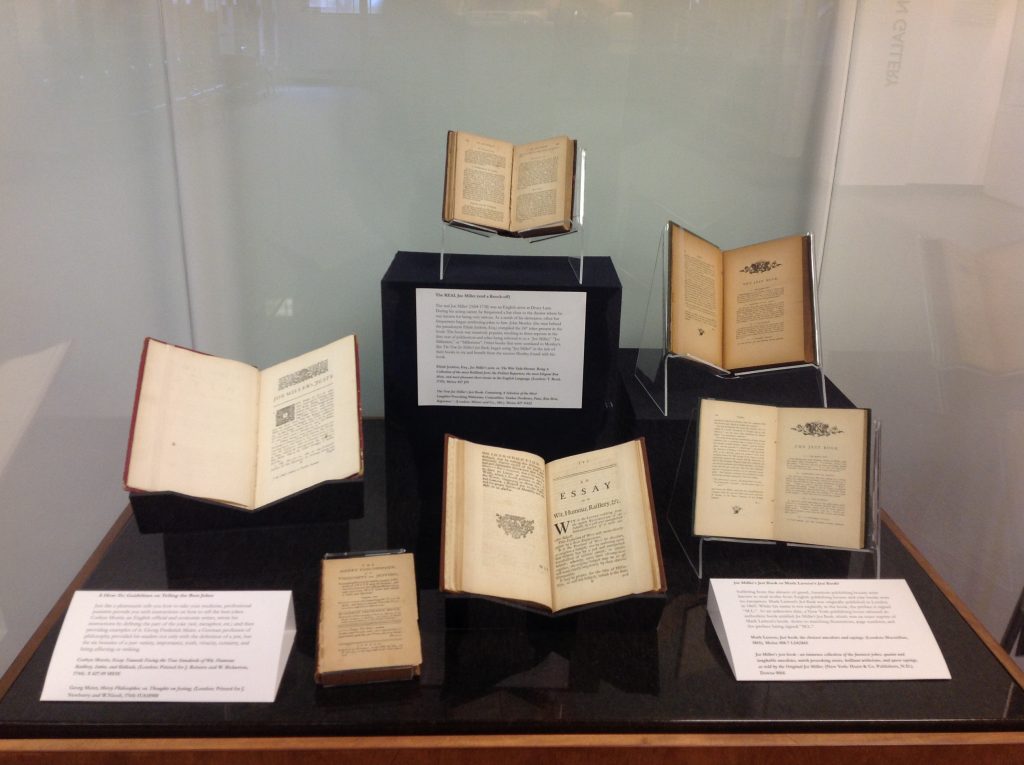 Included in these eleven books on display are four books that hold a unique connection to each other. The first book is Joe Miller’s jest book: an immense collection of the funniest jokes, quaint and laughable anecdotes. Mirth provoking stores, brilliant witticisms, and queer sayings, as told by the Original Joe Miller (Downs 0066). While I building the exhibit, the goal was to come up with a few examples from each century. However, Joe Miller’s jest book did not have a publication date attached to it anywhere, neither in the book itself nor in the catalogue records. A quick Google search revealed a more complex history of this book. It turns out that Joe Miller’s jest book was originally published under a different name in London: Jest Book: the choicest anecdotes and sayings by Mark Lemon, published in 1865 (Meine 808.7 L54j1865). While Lemon did not put his name anywhere in his book, he did sign the preface “M.L.”, a clue to readers about who the author is. It turns out that because Lemon’s joke book did so well in London, American publishers stole the book and published it in America, word for word. The entire book was stolen and republished, down to the illustrations and the preface being signed “M.L.”

So was the name Joe Miller significant, or just another name attached to the stolen book? A search of the name Joe Miller proved that he was real, and he was significant. The real Joe Miller (1864-1738) was an English actor at Drury Lane. During his time at Drury Lane, he was known to frequent a local bar where other frequenters knew him as being very serious. Due to his demeanor, the other bar frequenters began attributing jokes to him. These jokes were then compiled by John Mottley (under the pseudonym Elijah Jenkins, Esq.), numbered 1-247, and published as Joe Miller’s jests, or, the Wits Vade-Mecum. Being A Collection of the most Brilliant Jests; the Politest Repartees; the most Elegant Bon Mots, and most pleasant short stories in the English Language in 1739 (Meine 827 J59). Mottley’s book was so popular that jokes began to be referred to as a “Joe Miller,” “Joe Millerism,” or “Millerisms”. Other books that were unrelated to Mottley’s began using “Joe Miller” in the title to try and benefit from the success Mottley found with his book. This is evident in the previously mentioned Joe Miller’s jest book, but also in others, like The New Joe Miller’s Jest Book, published sometime in the 1860s in London (Meine 827 N422).

These four books, along with the other seven, can be found on display at the Rare Book and Manuscript Library through Friday, April 26th. 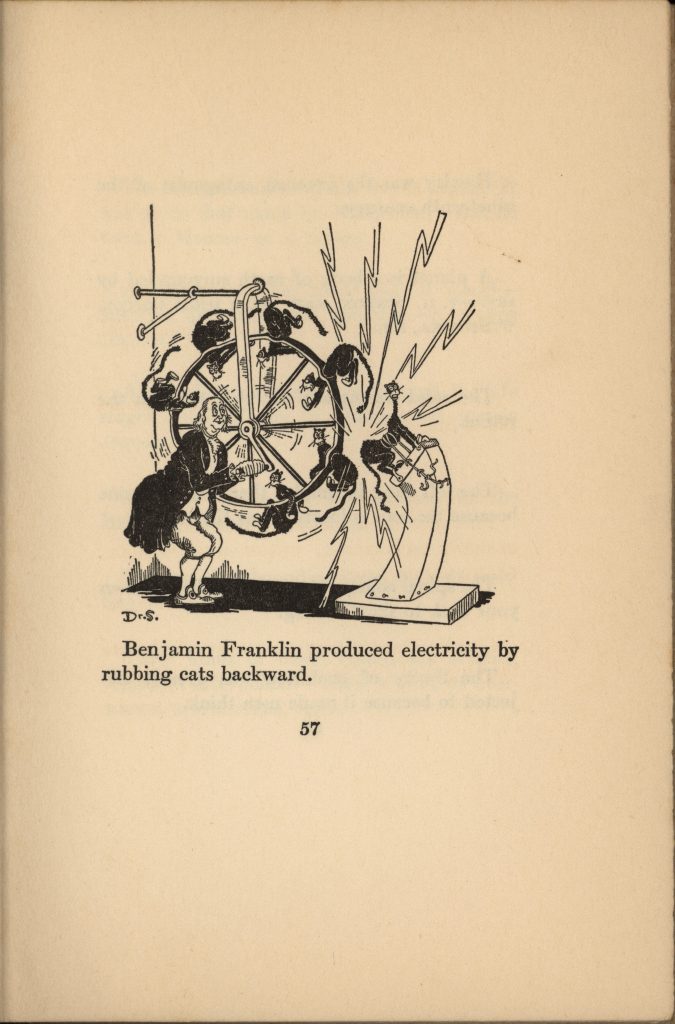 Image from The pocket book of boners: an omnibus of schoolboy howlers and unconscious humor, illustrated by Dr. Seuss.