Currently on exhibit in the Mathematics Library

This biennial lecture series honors the memory of Arthur B. Coble (1878-1966), Professor of Mathematics at the University of Illinois from 1918 to 1947. The late Professor Coble’s family established a fund to endow a series of public lectures on mathematics to be delivered by outstanding mathematicians. The Coble Memorial Lecture series is offered in alternate years with the Tondeur Lecture series. 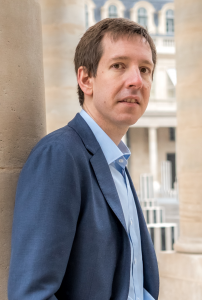 Monday, February 24, 2020
4:00 p.m., 314 Altgeld Hall
Title: Digits
Abstract: We discuss some results concerning the decimal expansion of 1/p for primes p, some due to Gauss, and some from the present day. This talk will be accessible to undergraduates.

Tuesday, February 25, 2020
4:00 p.m., 245 Altgeld Hall
Title: Counting
Abstract: What can one say about a system of polynomial equations with integer coefficients simply by counting the number of solutions to these equations modulo primes? We begin with the case of polynomials in one variable and relate this to how the polynomial factors and to Galois theory. We then discuss what happens in higher dimensions, and are led to a conjectural notion of the “Galois group” of an algebraic variety. This will be a colloquium style talk and will be independent of the first talk.

Wednesday, February 26, 2020
4:00 p.m., 245 Altgeld Hall
Title: Coble
Abstract: Coble is known (in part) for his work on invariant theory and the geometry of certain of exceptional moduli spaces in low dimension. We discuss the quest to find explicit equations for one particular family of moduli spaces. An important role is played by a number of exceptional geometrical coincidences and also the theory of complex reflection groups. This will be a colloquium style talk and will be independent of the first two talks. 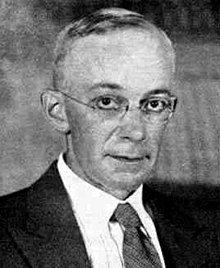 Arthur Coble’s parents were Emma I Haegy and Ruben Coble. His mother Emma was a teacher and his father Ruben was, at the time of Arthur’s birth, the manager of a store, but later he became president of a bank. Ruben and Emma Coble were Lutherans and they were part of the large Lutheran community of Pennsylvania. The Lutheran community was, however, split into many different factions and the Evangelical Lutheran Church in America, to which the Cobles belonged, had a long history of growth, mergers, and amalgamations and was going through a difficult period when Arthur was young. Although Arthur was brought up strictly as an Evangelical Lutheran, he rejected this Church when he reached adulthood.

Coble entered the Pennsylvania College of Gettysburg, the oldest existing Lutheran college in the United States founded in 1832, in 1893. The College was renamed Gettysburg College in 1921. Coble graduated with an A.B. in 1897 and, after spending a year as a public school teacher, he began his doctoral studies at Johns Hopkins University in 1898. He undertook research into algebraic geometry and was awarded his Ph.D. for his thesis The Relation of the Quartic Curve to Conics in 1902. His thesis supervisor was Frank Morley.

Coble was appointed an instructor in mathematics at the University of Missouri in 1902 and then was appointed to Johns Hopkins University in 1903 where he became Morley’s research assistant. He published his doctoral dissertation as The quartic curve as related to conics in the Transactions of the American Mathematical Society in the year he took up the research assistant position in Baltimore. The Carnegie Institution of Washington had been founded in 1902 by Andrew Carnegie to contribute to various areas of scientific research and one of the first pieces of research the Institution supported was that of Coble and Morley. The funding was generous enough that Coble was able to use the grant to travel abroad and, as was the custom for American mathematicians at that time, he travelled to Germany where he studied at Greifswald University and Bonn University. His aim was to work with Eduard Study who was well known to the mathematicians at Johns Hopkins University since he had taught there in 1893. Study was the professor at Greifswald but he moved in the middle of 1904 to Bonn. Returning to the United States for the start of the 1904-05 session, Coble was appointed as an instructor in mathematics at Johns Hopkins University.

In 1905 Coble married Abby Walker Adams Whitney; they had four children. He was promoted to associate professor in 1909 but he left Johns Hopkins when offered a full professorship at the University of Illinois at Urbana-Champaign in 1918. Except for being a visiting professor at Chicago in 1919 and the year 1927-28 which he spent back at Johns Hopkins University, Coble remained at the University of Illinois for the rest of his career.

His interests in research relate to finite geometries and the group theory related to them, and to Cremona transformations related to the Galois theory of equations. Later in his career he studied the relations between hyperelliptic theta functions, irrational binary invariants, the Weddle surface and the Kummer surface. His early papers, written while he was at Johns Hopkins University, include: On the relation between the three-parameter groups of a cubic space curve and a quadric surface (1906); An application of the form-problems associated with certain Cremona groups to the solution of equations of higher degree (1908); An application of Moore’s cross-ratio group to the solution of the sextic equation (1911); An application of finite geometry to the characteristic theory of the odd and even theta functions (1913); and Point sets and allied Cremona groups (1915).

In 1929 Coble published the monograph Algebraic geometry and theta functions in the American Mathematical Society Colloquium Publications, being the tenth such volume. It became a classic and the American Mathematical Society republished it in 1961, then again in 1982. Some of his later publications include Configurations defined by theta functions published in the Duke Mathematical Journal in 1939. This paper reviews the invariant theory of Cremona transformations as developed by Coble in his earlier papers. A linear homogeneous transformation, with integral coefficients, is associated with a Cremona transformations and these transformations form a group which Coble studied. In particular, taking the integral coefficients modulo m, for some m, leads to a finite factor group. In 1940, also in the Duke Mathematical Journal, he published Trilinear forms. In the year before he retired he published Ternary and quaternary elimination (1946) which extends work by Macaulay and van der Waerden, and also extends work done by Morley and Coble some 20 years earlier.

In 1934 Coble became Head of the Department of Mathematics at the University of Illinois and continued in this role until he retired in 1947. He contributed to the war effort during World War II by running a special accelerated degree programme for navy personnel. By the time he retired in 1947 his health was already deteriorating due to Parkinson’s disease. However he accepted a one year post at Haverford College but after teaching for one semester he found his increasing health problems too much to continue and he resigned. He was involved in a car crash in 1956 which left him unable to walk without assistance. He then moved to Lykens, Pennsylvania, where he lived out the final ten years of his life. He died in a hospital in Harrisburg, Pennsylvania.

It would hardly seem just for a university, year after year, definitely to plan on a research program without also correspondingly arranging at least to pay in part for the publication of the results of such a program. It is only through the publication of the results of research that its support can be adequately justified. The universities which are constantly encouraging a larger and larger output of research and are thereby gaining more and more prestige might well be expected to contribute.