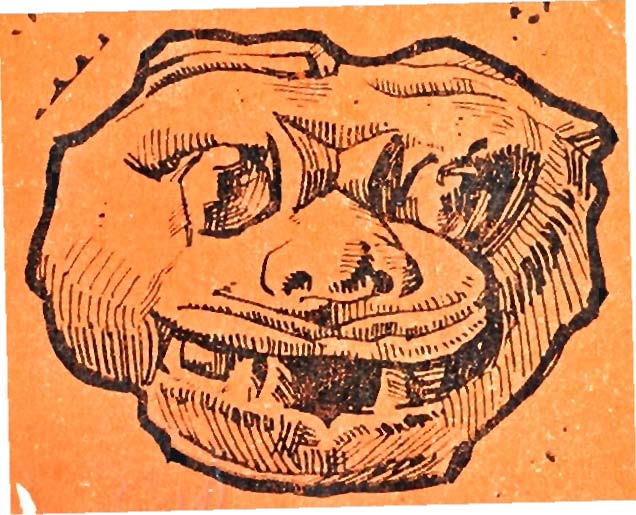 Although their geographical scope is not confined to the current borders of Uzbekistan, there are a few bibliographies of Central Asian periodical publications in general that (given the importance of Tashkent, Samarkand and the Ferghana Valley as publishing centers) should not be overlooked as resources for Uzbek national bibliography. Among these are M. P. Avsharova’s Russkaia periodicheskaia pechat’ v Turkestane, 1870-1917: bibliograficheskii ukazatel’ literatury (Tashkent, 1960 — U of I Library call number International Area Studies — Central Asian Reference 016.077 Av8r), which provides detailed information on 86 pre-revolutionary journals and newspapers published in the region, and V. S. Aleksandrova’s “Materialy dlia ukazatelia sredneaziatskikh periodicheskikh izdanii na russkom iazyke za 1917-1934 gg.” (Trudy Gosudarstvennoi publichnoi biblioteki Uzbekskoi SSR, vol. 1 [1935], pp. 157-241), which includes 423 entries for Russian-language early-Soviet periodical publications held in the major libraries of Tashkent.

Several additional major sources for Uzbek periodical bibliography have been classified under “General Resources” on the Uzbek national bibliography page, since the entries within them are not only for articles, but also for monographs and works in other formats. In addition to the sources below, some indexes of individual Uzbek periodicals have also been published. These include A. P. Salikova’s Trudy Uzbekskogo Gosudarstvennogo Universiteta im. A. Navoi : bibliograficheskii ukazatel’ k vypuskam 1-94 (1935-1959 gg.), Samarkand, 1960; G. V. Tarnovskii’s “Perechen’ statei pomeshchennykh v gazete Okraina [1890-1891 gg.]” appearing in issues 3, 5, 8 and 12 of the eponymous Samarkand newspaper in 1891; and the “Ukazatel’ statei, pomeshchennykh v biulletenakh TsSU Turkrespubliki za 1921-1924 gg.” included in issue 1 of Biulleten’ Tsentral’nogo Statisticheskogo Upravleniia Uzbekistana for 1925.

Covering 203 Uzbek-, Russian-, Kazakh-, Tajik-, Uighur-, Crimean Tatar- and Bukhori-language newspapers published within the territory of the Uzbek SSR between 1917 and 1967, this bibliography is derived from the holdings of the Uzbek State Book Chamber’s archive of printed works. A few supplementary entries are derived from titles in Gazety SSSR, 1917-1960: bibliograficheskii spravochnik. The newspapers are divided into four main groups according to their circulation: republic-wide, regional, city or local. The entries for newspapers intended for distribution throughout Uzbekistan are organized by language (and alphabetically by title within each language category), while entries for less-widely-circulated newspapers are organized according to their place of publication. Ephemeral newspapers and newspapers intended for employees of particular institutions, factories or industries (especially transportation) are not included.

The bibliographic information for each newspaper is provided in that newspaper’s original language (although Arabic- and Latin-script titles from the 1920s and ’30s have been converted into Cyrillic script). In all cases Russian translations of the titles are provided. Name and title indexes are provided, with the latter index also indicating the place of publication. Within each index, items are separated according to language (i.e., Uzbek titles from A to Я, followed by Russian titles from A to Я, etc.).

Slightly shorter than its counterpart for newspapers (above), this bibliography of journals published on the territory of what is now Uzbekistan was not available for review. Full annotation forthcoming.

Published as part of Ŭzbekiston SSR matbuoti solnomasi/Letopis’ Pechati Uzbekskoi SSR from 1968 to 1975, in 1976 this bibliography began to appear as a stand-alone annual. It continued to be published through at least 1990.

(It should perhaps be noted here that the same function was served by Kitob letopisi in 1928 and 1929, when it included entries for periodical publications alongside its records for monographs for those two years.)  It also, as the title suggests, included entries for works of music published in Uzbek monographs, journals, and newspapers during the previous year.  Both Russian- and Uzbek-language periodicals and music were indexed.

This monthly index of articles published in the major Russian- and Uzbek-language journals of Uzbekistan had a (typically) checkered publication history. Russian-language articles were indexed beginning in 1931, but Uzbek-language ones did not begin to be indexed until 1938. . From 1931-1941, Zhurnal maqolalari solnomasi/Letopis’ zhurnal’nykh statei was published irregularly, with individual issues covering articles published during anything from a six-month to a two-year time span. Zhurnal maqolalari solnomasi/Letopis’ zhurnal’nykh statei was not published from 1942-1957 (with the exception of one issue indexing journal articles that appeared in 1948). From 1958 to 1961, it was a quarterly publication. Certain individual issues were never published. Edward Allworth (in his Soviet Asia: bibliographies: a compilation of social science and humanities sources on the Iranian, Mongolian, and Turkic nationalities, New York, 1975 – U of I Library call number Main Stacks 016.301451 Al5s) suggests that retrospective volumes covering “selected” Uzbek- and Russian-language journal articles published in 1931-1935 and 1936-1937 were compiled to fill in the pre-1938 gap in article indexing.  These apparently appeared in 1941 and 1940 (respectively) under a title something like Sbornik letopisi zhurnal’nykh statei (?) za … gg.

Like its counterpart for monographs, this publication consists of two sections: the first for Uzbek-language articles, and the second for Russian-language ones. Within each section, the entries are organized by subject. Each issue features a name index and a list of the journals and sborniki indexed in that issue.

Some idea of the scale of Zhurnal maqolalari letopisi/Letopis’ zhurnal’nykh statei (and of Uzbek periodical publishing in general) in its early years can be gained from the fact that the issue for January-March (?), 1938 contained 216 entries (for Russian-language articles only), and that the single issue for 1948 contained 330 entries for Russian- and Uzbek-language articles. Zhurnal maqolalari letopisi appeared briefly as a stand-alone publication in the mid-1970s, but by 1978 it was once again appearing as a constituent part of Ŭzbekiston SSR matbuoti solnomasi/Letopis’ Pechati Uzbekskoi SSR.  It now continues as part of Ŭzbekiston Respublikasi matbuoti solnomasi.