Amongst all of the exhibits, sessions, speakers, and free swag, there is one item that is essential to get around any conference: the program.  The program is the guide that allows people to navigate the conference, select which events to go to, which speakers to listen to, and where to obtain a free lunch.  Throughout the years, the Annual Conference Program has become thicker as the conference has expanded, and it has changed its appearance.  Early conference programs continue to be a valuable resource to the archives, but they were not nearly as aesthetically pleasing as the ones the ALA produces today.

While the archives doesn’t have a program for this event (if there was one), it does have this card from the 1876 conference that depicts the interior of a library: 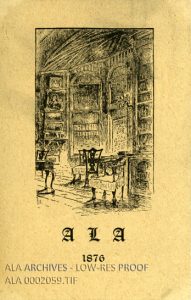 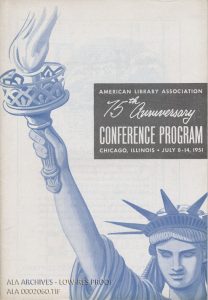 Through the following years, the ALA became increasingly more creative with the cover of the programs.  The program below comes from the 1964 St. Louis, MO Annual Conference: 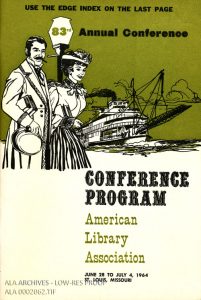 1973 was the last time the ALA Annual Conference was held in Las Vegas and it features a program cover reminiscent of the desert scene, a far cry from the current Las Vegas program. 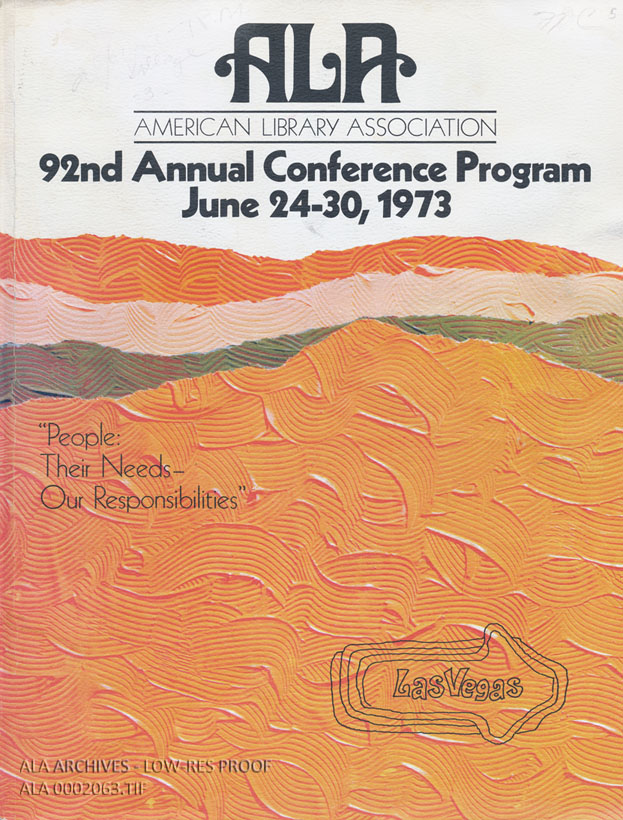 This striking cover comes from the 1975 San Francisco, CA conference: 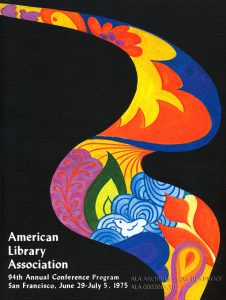 And what blog post would be complete without a tribute to the ALA Centennial in Chicago?  The cover was designed by Douglas Remley.  While 1976 marked the 100th anniversary of the ALA, it was actually only the 95th conference. 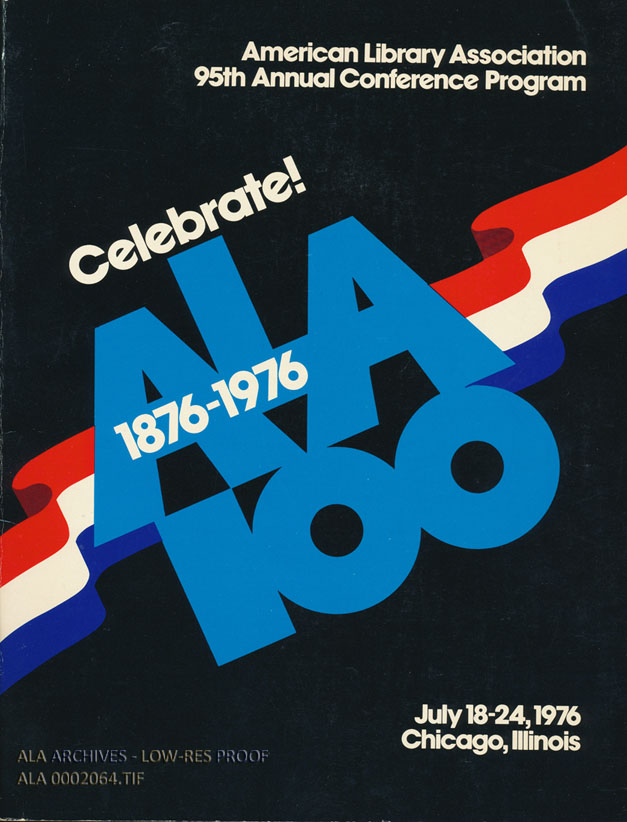 The ALA Archives has a large holding of conference programs, both from the Annual Conference and the Midwinter Meeting.  These programs show the developing trends within the library profession and document the expansion of the ALA and its initiatives.  Early programs were only small pamphlets to flip through.  Now the ALA and the conference has grown so much that the program contains an index in the back for over a hundred pages worth of content.

Find out what’s going on during the 2014 ALA Annual Conference in Las Vegas here!