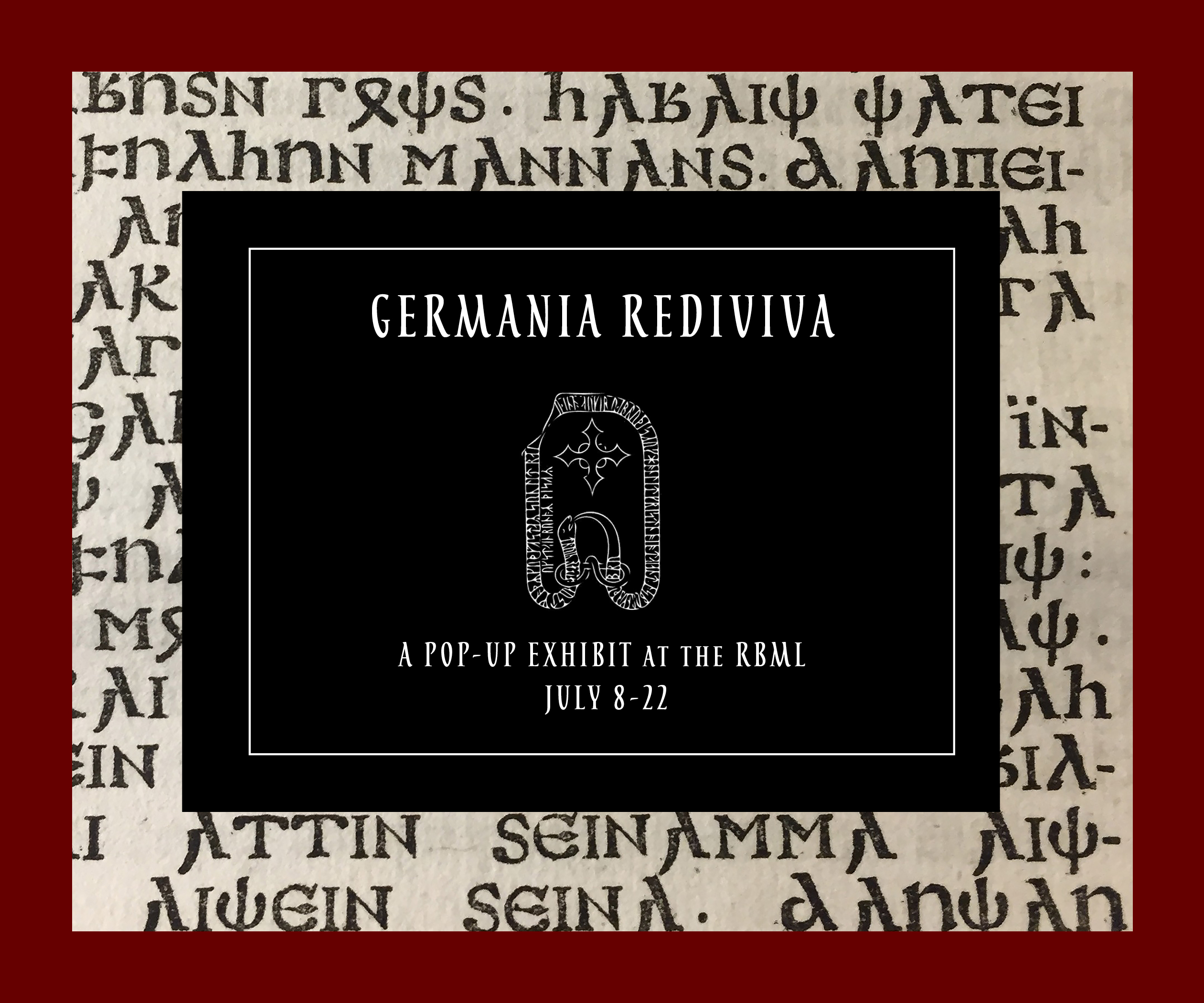 Goths, Angles, Saxons, Jutes—these are the tribes of ancient Germania, the so-called barbarians who migrated during late Antiquity, building the kingdoms that displaced Rome. The spate of museum exhibits and television shows is only the most recent expression our fascination with ancient Germania. Earlier historical periods likewise came under their spell. In this exhibit, we focus on the rediscovery of the Goths and the Anglo-Saxons in the sixteenth- and seventeenth-centuries.

Tacitus’s account, Germania (98 AD), is the earliest record of the existence of these groups. He gives us the image of war-bands who excelled at feasting, drinking, and raiding. Aside from runic inscriptions, their own records had to wait until their conversion to Christianity, when bilingual missionaries created scripts based on the Latin and Greek alphabets, supplemented by runic characters. In the case of the Goths, this occurred in the fourth century, with the Anglo-Saxons, in the late sixth.

With the exception of the Crimean Goths, who retained their own language and culture until the eighteenth century, these groups ceased to exist as independent linguistic groups by the eleventh century. Nonetheless their languages were revived in the sixteenth and seventeenth centuries within specific ideological contexts. Though Wulfila (ca. 311-83) translated most of the Bible into Gothic (all but the Book of Kings, which he feared would rekindle their war-like tendencies), his work only survives in a single, fragmentary manuscript. The rediscovery of this manuscript in the seventeenth century coincided with a time when many philologists were devoting themselves to the search for the “original language.” This scholarship often dovetailed with nationalist fervor as philologists vied with one another to prove that their national language was the oldest, and therefore the most “perfect.”