This charter records a privilege granted to the city of Como, Italy, by the German king and Holy Roman Emperor, Henry V (1086-1125). 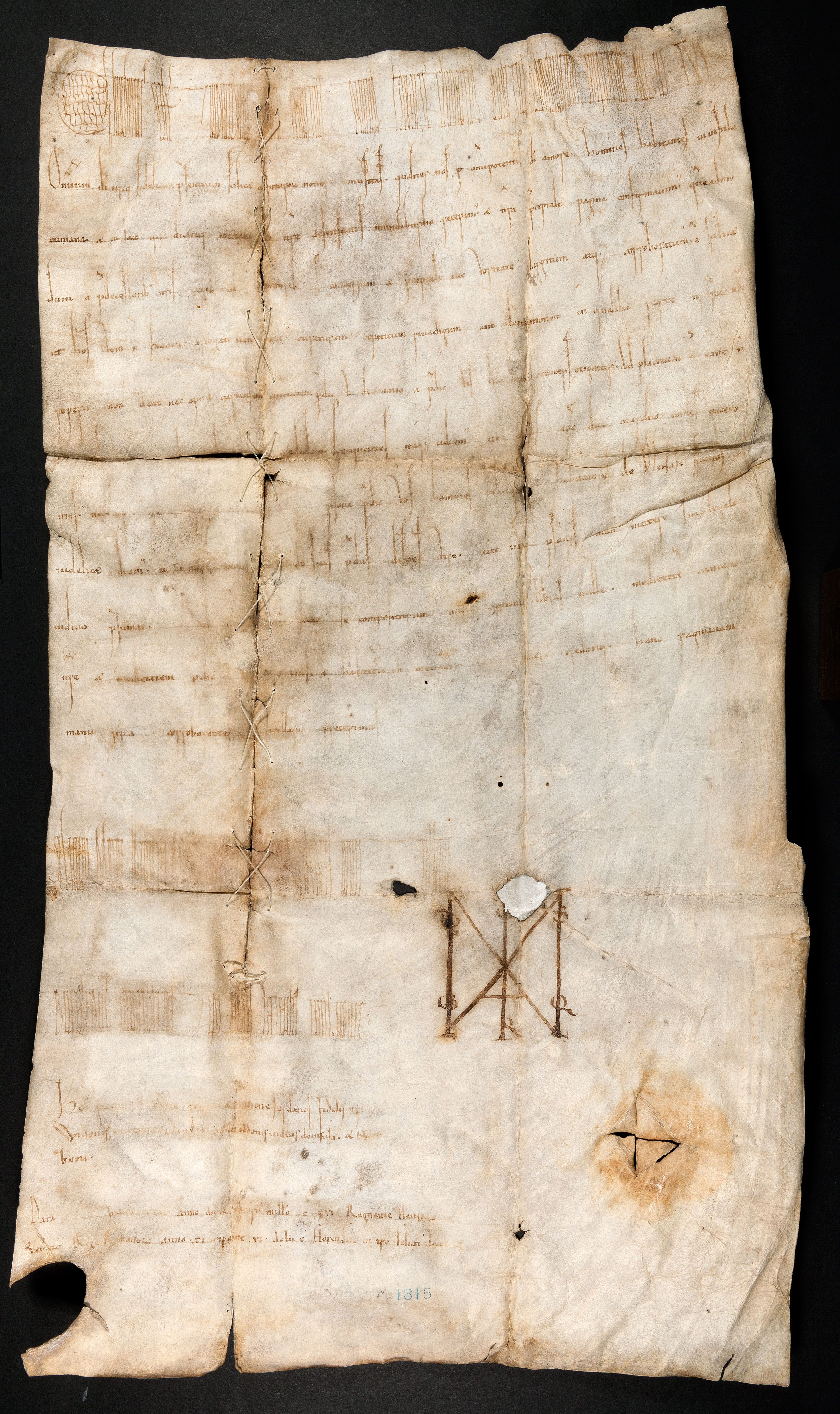 Henry V is mostly known for his role in drawing up the Concordat of Worms, which brought the investiture controversy to a close. His life tends to pale next to that of his father Henry IV, who deposed a pope and was excommunicated in turn. Henry V did his best to live up to his father’s example. He took a pope prisoner, for example, to extract an imperial coronation out of him.  However, this charter gives us insight into more subtle tactics of persuasion.

The dating clause states that it was granted “In the ninth indiction, in the year 1116 of the Incarnation, when Henry V had reigned eleven years as the King of the Romans and six as emperor.” The charter was one of many he made on a trip to Italy to secure his inheritance. His wife, Matilda had died in 1115. During her lifetime she had changed her mind several times about how to dispose of her lands, signing them over to the church, then back to Henry again. En route, he granted a number of urban privileges to gain the support of locals.

This charter grants the right of imperial protection to the cities of Como and Menaggio:

“We order that no bishop, duke, margrave, dignitary, or any person, great or small, shall presume to subjugate or harm the aforementioned men, or deprive them of their lands. For whoever shall do it, let him know that he will gather one thousand pounds of the best gold to be shared between our court and the aforementioned citizens. ” 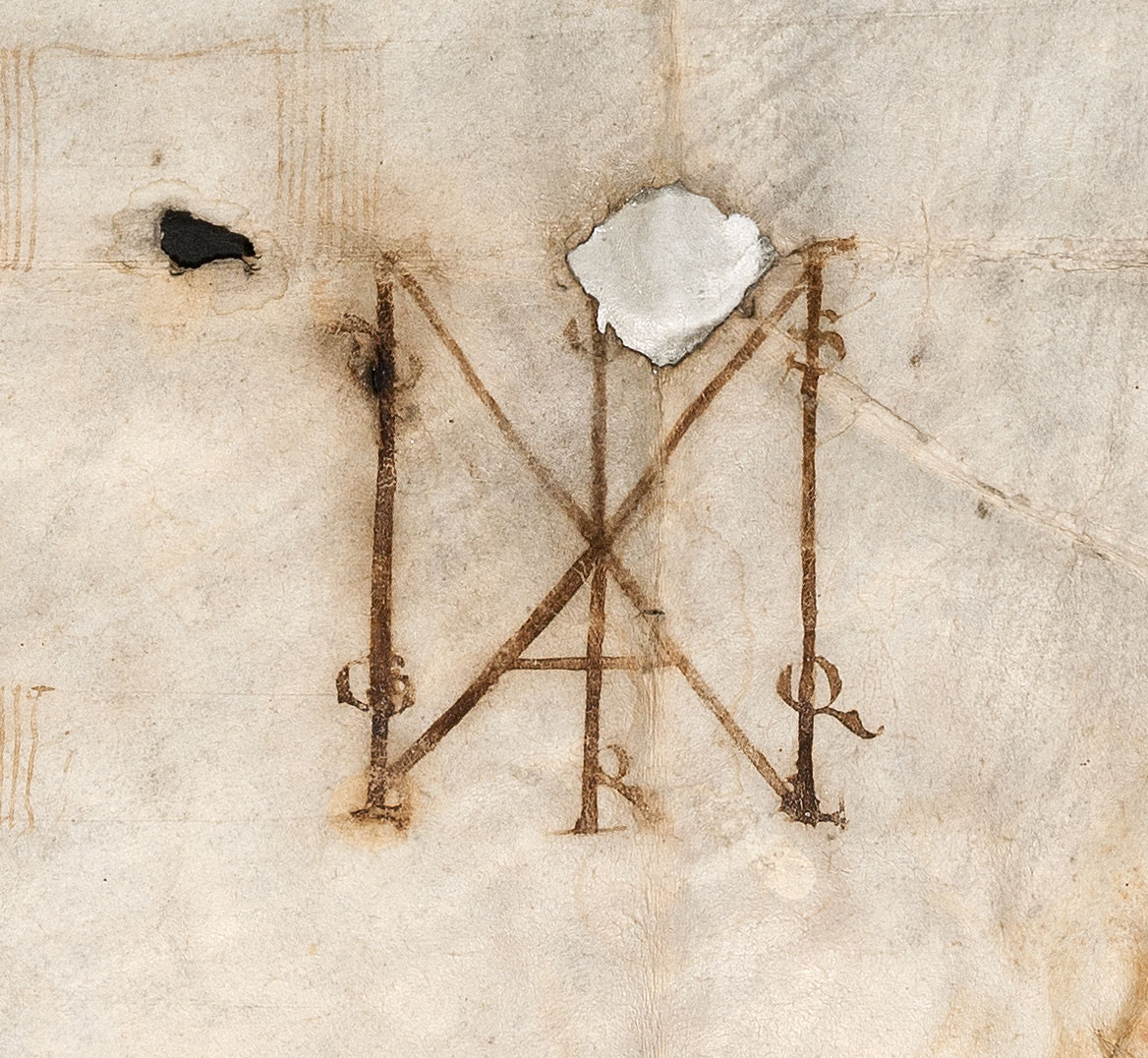 It is authenticated with an imperial monogram. Henry had two monograms. Here he used his imperial monogram. It stands for HEINRICUS DEI GRA[TIA] QUARTUS ROMANORUM IMPERATOR AUGUSTUS [Henry, by the grace of God, the Fourth annointed emperor of the Romans]. (He was the fifth Henry, but only the fourth to become emperor). Each letter of the sentence is only represented once, and the same lines recombine to form different letters.

Burchard von Holte writes the recognition clause. He was the bishop of Muenster, but seems to have preferred accompanying Henry around the Empire to putzing around his diocese.

The charter is the oldest document in the Archivio Cavagna Sangiuliani in Zelada portion of the Cavagna Collection, which consists of both manuscript and printed materials relating to local history of Italian cities and towns, institutions, societies, and families. Please contact a staff member if you would like to request this item for use in the Rare Book and Manuscript Library. JC

More fun facts about the Salian dynasty can be found in,

Scholarly sources on royal and imperial monograms of the Middle Ages are scarce. The best source I have been able to find is,