John Milton found a way at the tender age of 17, on the eleventh anniversary of the Gunpowder Plot, when he wrote “In Quintum Novembris.” This rousing mini-epic praises God for preserving the heroic King James from a “band of impious Papists.” The poem ends with Milton’s description of Guy Fawkes festivities in the England of his day:

Looking down from above mercifully on his people, the heavenly father thwarted the Papists’ cruel attempt. They are seized and taken off to bitter punishments. Pious incense and grateful honors are given to God. All the joyous streets smoke with amiable flames; the young people dance in crowds. No day in all the year is more celebrated than the fifth of November. 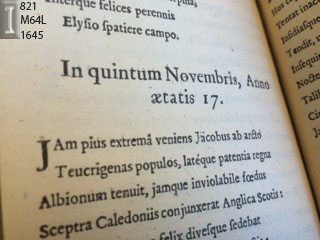 The poem was published in 1645 in Poems Of Mr. John Milton: Both English And Latin, Compos’d At Several Times. Printed By His True Copies. The Songs Were Set In Musick By Mr. Henry Lawes Gentleman Of The Kings Chappel, And One Of His Majesties Private Musick. London: Printed By Ruth Raworth for Humphrey Moseley, and are to be sold at The Signe of the Princes Arms in S. Pauls’ Church-yard, 1645.

The Rare Book & Manuscript Library of the University of Illinois at Urbana-Champaign holds nine copies of this work. Shelfmark: 821 M64L 1645. 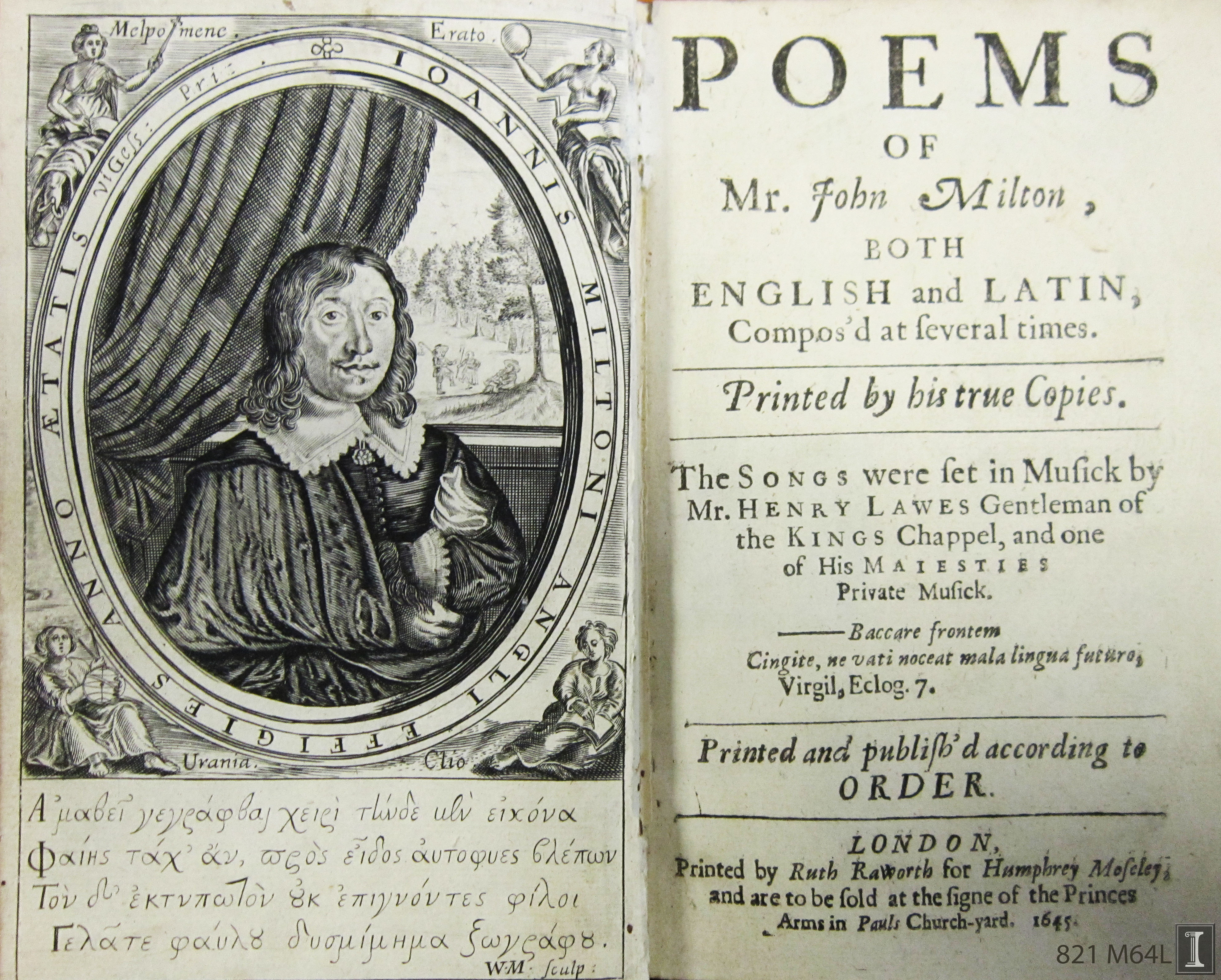