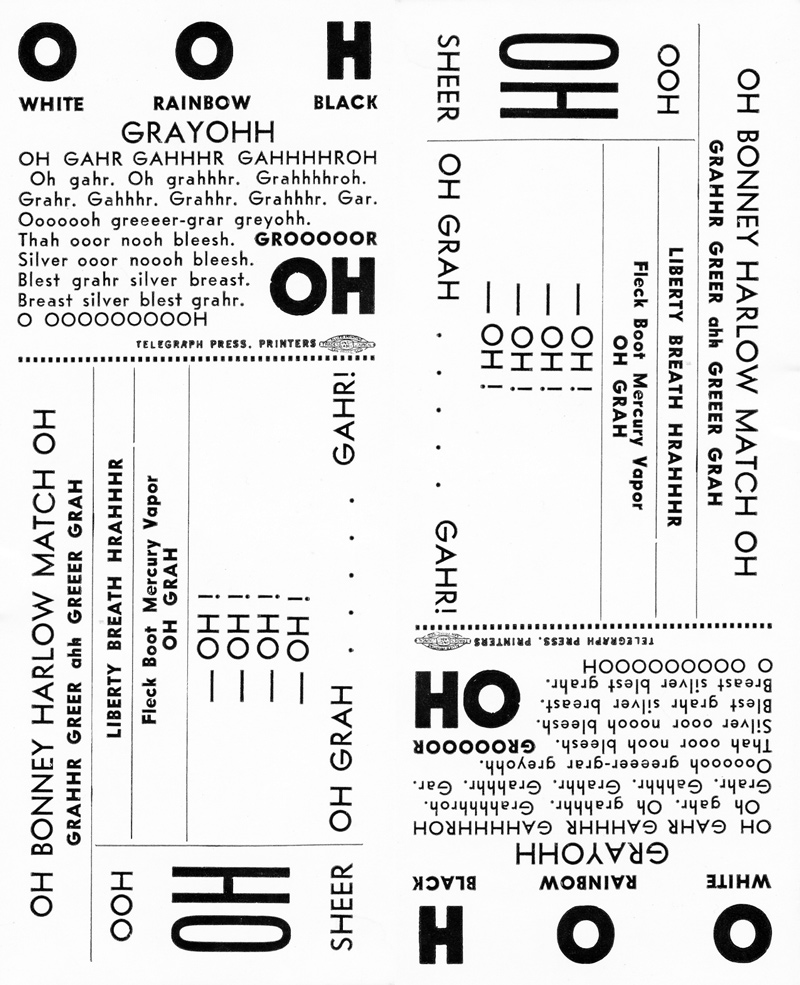 Tickets for Michael McClure’s play The Beard, designed to look like a boxing match ticket.

This summer the Rare Book & Manuscript Library will be showcasing the recently-cataloged Modern Poetry Collection in two exhibition spaces in the Main Library.

The collection contains over two thousand poetry books published in the twentieth century. Most of the collection consists of American poetry published in the nineteen-sixties and seventies, but contains works printed as early as 1919.  English, Scottish, Welsh, Irish, and Canadian poets and presses are also featured in the collection. The collection represents an innovative period in twentieth-century poetry in both form and content. Thanks to devices such as the mimeograph machine, poet and printers could produce their own works and disseminate them, creating their own markets for poetry, increasing communication between poets, and allowing lesser known poets to publish. Similarly, there were no rules to the form the “book” had to take, and poets took advantage with an effluence of interesting publications, including chapbooks, pamphlets, postcards, and other ephemeral formats.

The exhibition in the Marshall Gallery and North-South Hallway will highlight poetic endeavors across the United States, focusing on California fine (and not-so-fine) presses, Midwestern fine presses, including those out of Urbana; and New York City poet-run publications. The cases in the Marshall Gallery illustrate the creativity that was extended from the page to the very form of the publication.

The exhibition space in the Rare Book & Manuscript Library will showcase scarce publications from American poets such as Charles Bukowski, Richard Brautigan, d.a. levy, Diane DiPrima, Robert Duncan, as well as British poets Edward Lucie-Smith and Dom Sylvester Houédard. Some of the highlights include an inscribed (and illustrated!) early Charles Bukowski work, a Robert Duncan broadside printed at Black Mountain College and featuring an early design by Cy Twombly, and a beautiful Edward Lucie-Smith broadside illustrated and signed by Ralph Steadman.

For scholars and students of poetry, the Modern Poetry Collection presents an unique opportunity to discover early collaborations and publications from poets who would go on to take the poetry world by storm. This collection complements several other noteworthy poetry collections in The Rare Book & Manuscript Library, including the San Francisco Fine Press, Carl Sandburg, Edwin Rolfe, and W.S. Merwin collections. CO