While checking the special collections provenance file, three books owned by Alexander Pope were identified in our collections, in addition to the presentation copies of his collected letters that he inscribed to William Oliver.  The Rare Book & Manuscript Library’s provenance file provides a wealth of information about notable former owners of the books in our collection.  Former owners’ autographs and bookplates are noted, as well as donor information for gift acquisitions.  Unfortunately this information is often not available through online catalog records, so researchers interested in a particular author or historical figure should ask to consult the provenance file when doing research in the RBML.

720.9 F33r 1706 is a collection of three French works on architecture, art and sculpture, all published in 1706 and written by Andre Felibien (1619-1695) and J.-F. Felibien des Avaux (1658?-1733).  Alexander Pope’s ownership inscription appears on the title page of the first work in the volume. This work is number 62 in “A finding list of books surviving from Pope’s library with a few that may not have survived,” published in Maynard Mack’s Collected in himself: essays critical, biographical, and bibliographical on Pope and some of his contemporaries (Newark : University of Delaware Press, 1982) 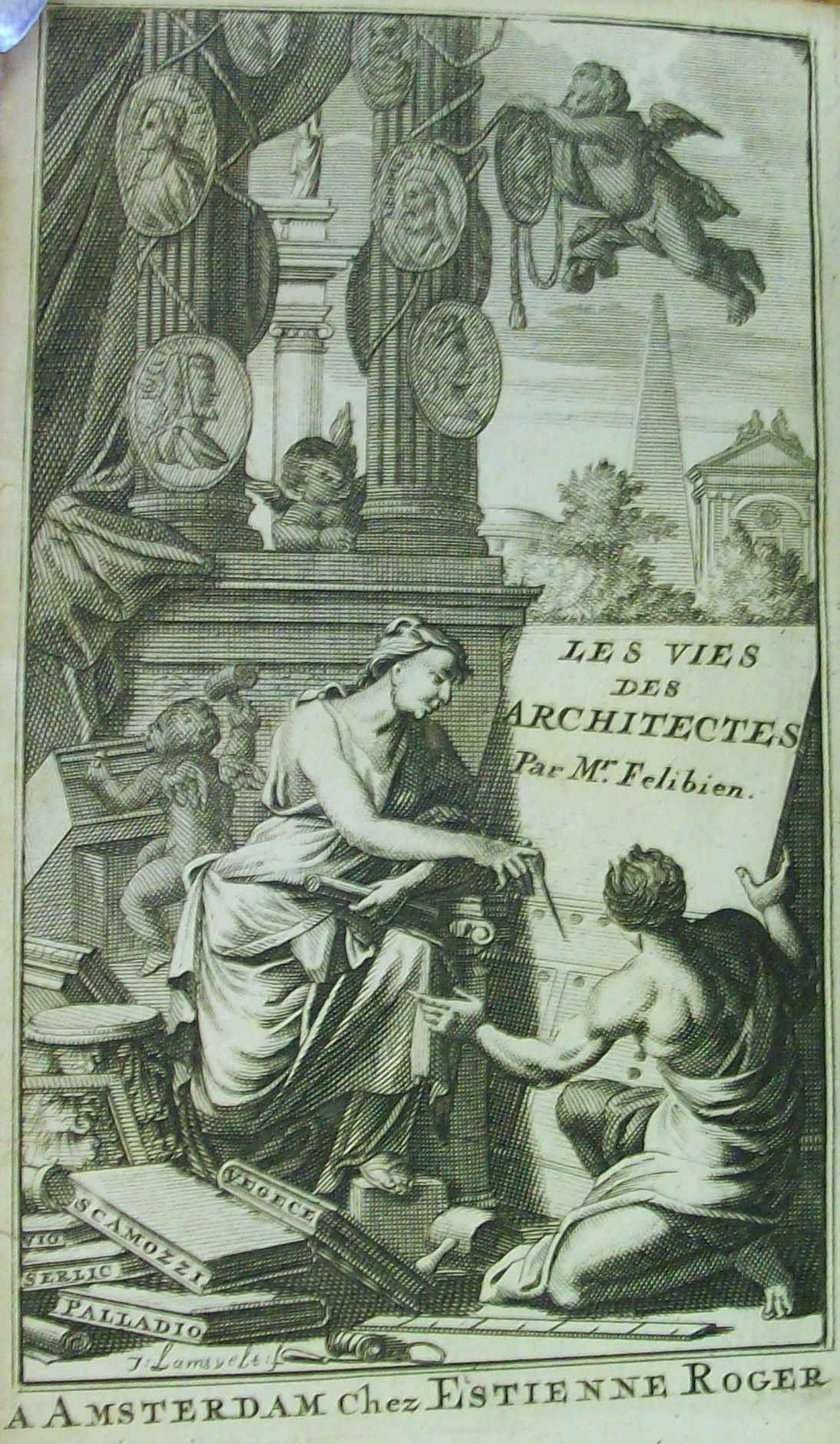 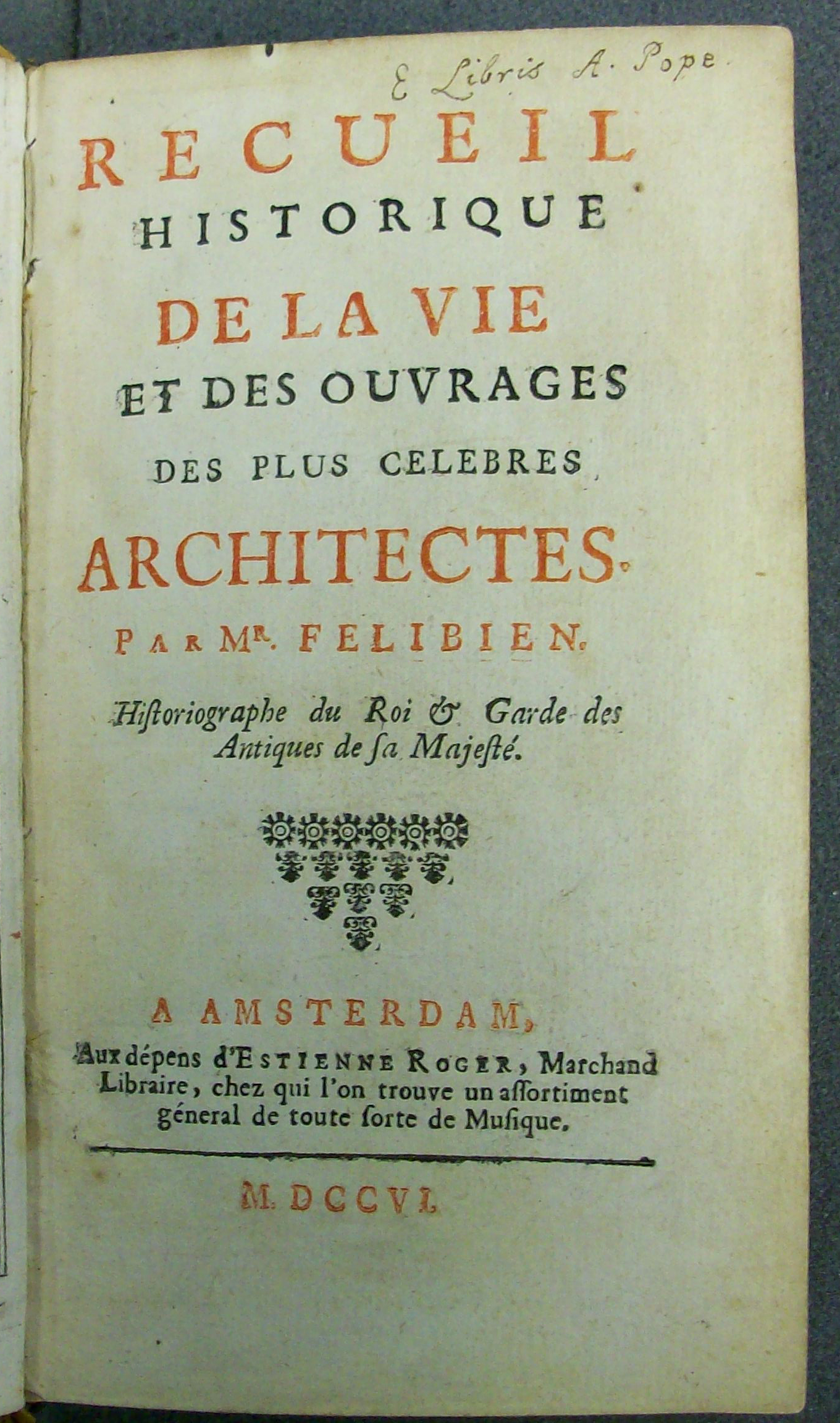 Q. 822 D84 v.1-2 cop.3 is a copy of John Dryden’s Comedies, tragedies, and operas (1701).  John Dryden (1631-1700) is considered to be a major influence on Pope’s work.  Alexander Pope’s ownership inscription appears on the title page of the second volume and there are several manuscript notes in Pope’s hand throughout the text.  This work is number 60 in Mack’s “A finding list” and is discussed in R.D. Erlich and James Harner, “Pope’s Annotations in His Copy of Dryden’s Comedies, Tragedies, and Operas,” in Restoration and Eighteenth-Century Theatre Research 10 (1971): 14-24. 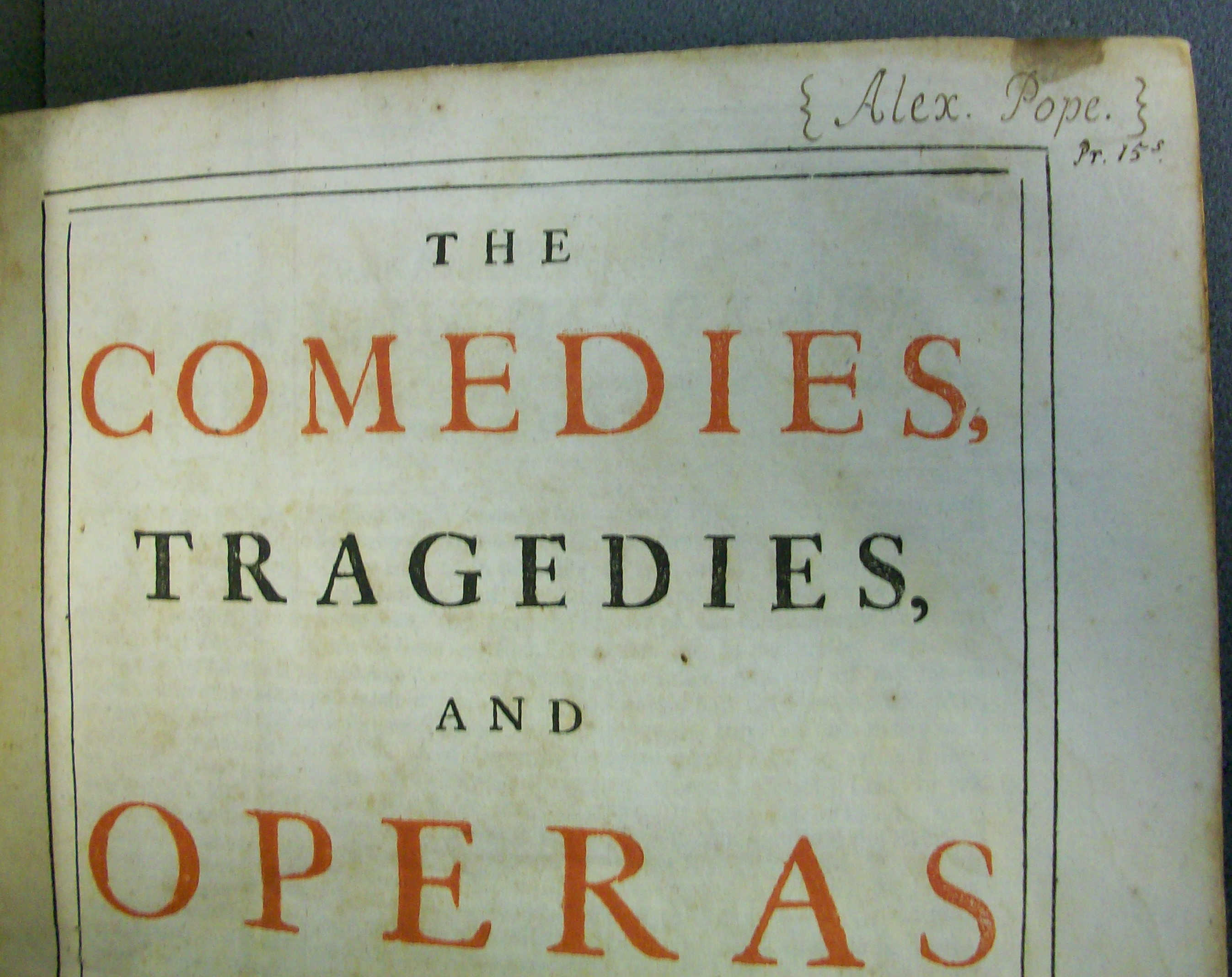 821 L29p is a copy of George Granville’s Poems upon several occasions (1712).  Alexander Pope’s ownership inscription appears on the front fly-leaf and indicates that it was given to him by the author, one of Pope’s patrons.  George Granville, Baron Lansdowne (1666-1735) was a Jacobite politician and also a poet and playwright.  Granville’s most notable plays, The She Gallants, The Jew of Venice, and The British Enchanters, were all influenced by the work of his friend John Dryden.  Granville also wrote poetry in the style of Edmund Waller.  Poems upon several occasions collects together many of these poems as well as the musical play The British Enchanters, his most notable literary success.  Granville and Pope both promoted and supported each other’s work. For more information on George Granville and his relationship to Alexander Pope, see Eveline Cruickshanks, ‘Granville, George, Baron Lansdowne and Jacobite duke of Albemarle (1666–1735)’, Oxford Dictionary of National Biography, Oxford University Press, Sept 2004; online ed., Jan 2008 [http://www.oxforddnb.com/view/article/11301].  This work is number 71 in Mack’s “A finding list.” 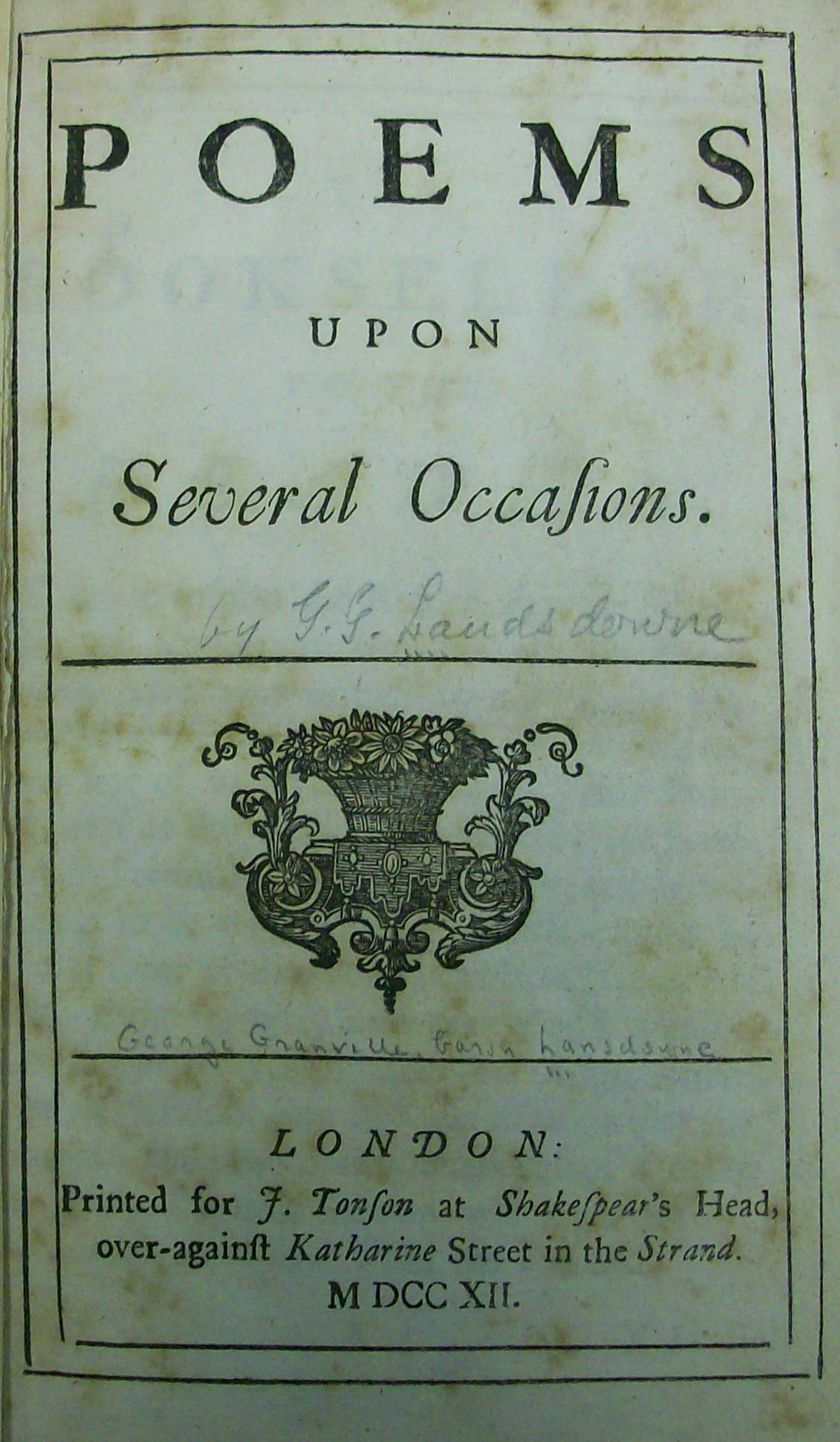 Thank you to Dr. David Vander Meulen, who pointed me to the references to Maynard Mack’s Collected in Himself and the journal article on Pope’s copy of Dryden. AD