Sitting quietly in our vault, awaiting further study is a cache of thirty unpublished letters from John Ruskin to his Scottish cousin Joan (Agnew Ruskin) Severn.   Ruskin wrote over 3000 letters to Severn, many of which have been published in the thirty-nine volume edition of The Works of John Ruskin by Edward T. Cook and Alexander Wedderburn, or, more recently in Rachel Dickinson’s 2009 book, John Ruskin’s Correspondence with Joan Severn: Sense and Nonsense Letters. 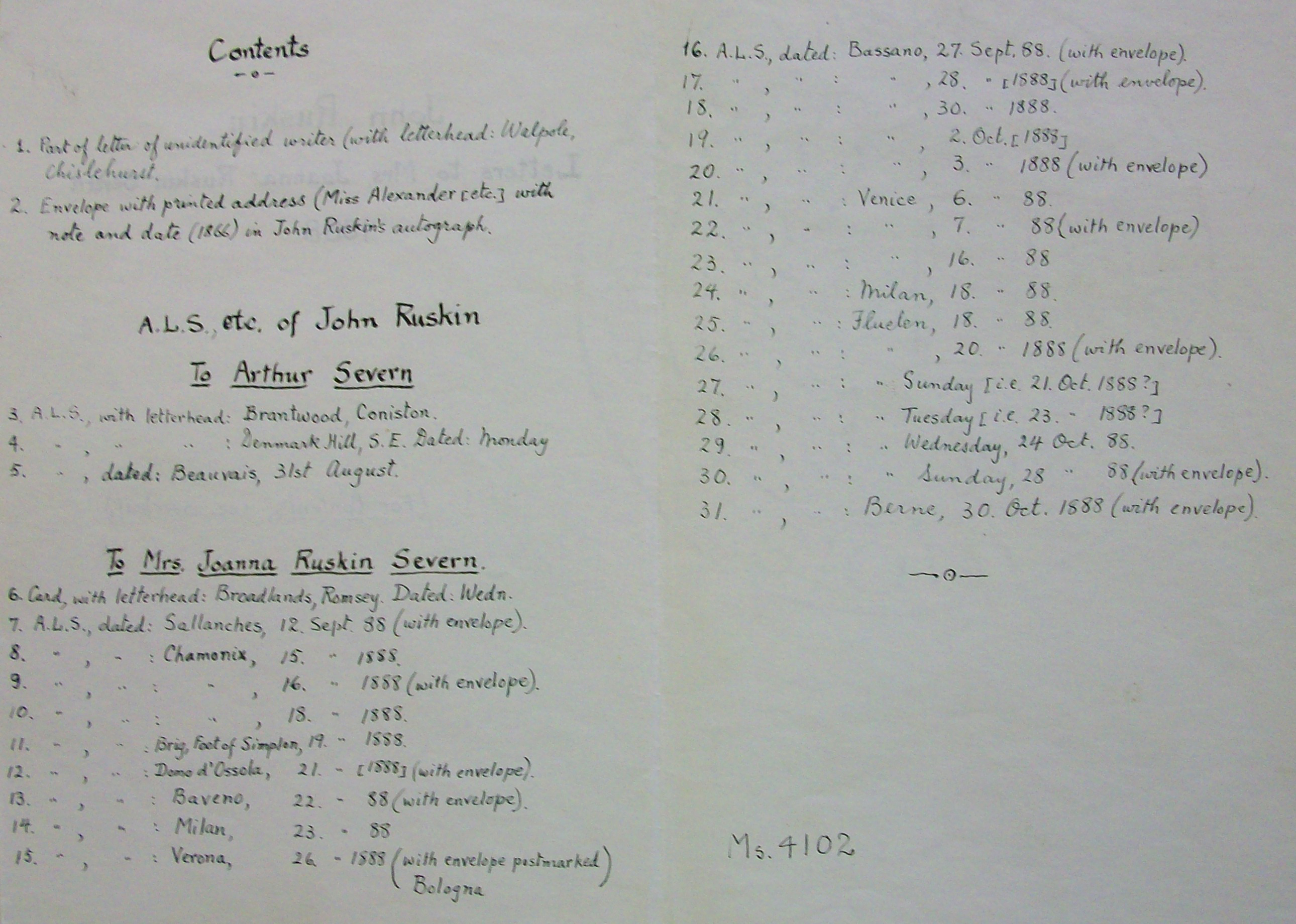 The Ruskin letters at Illinois, however, do not appear in either of those collections.  The relationship between Ruskin and Severn has puzzled scholars.  The letters are full of nonsense, private personal references, and baby-talk, yet they also deal with topics of significance for Ruskin’s work such as the arts and crafts movement, aesthetics, travel, and fashion.  Dickinson believes that Ruskin “often used his letters to Severn as a substitute for his personal diary.”  For this reason, this small collection of letters dating from August to October 1888 should be of interest to Ruskin researchers. VH 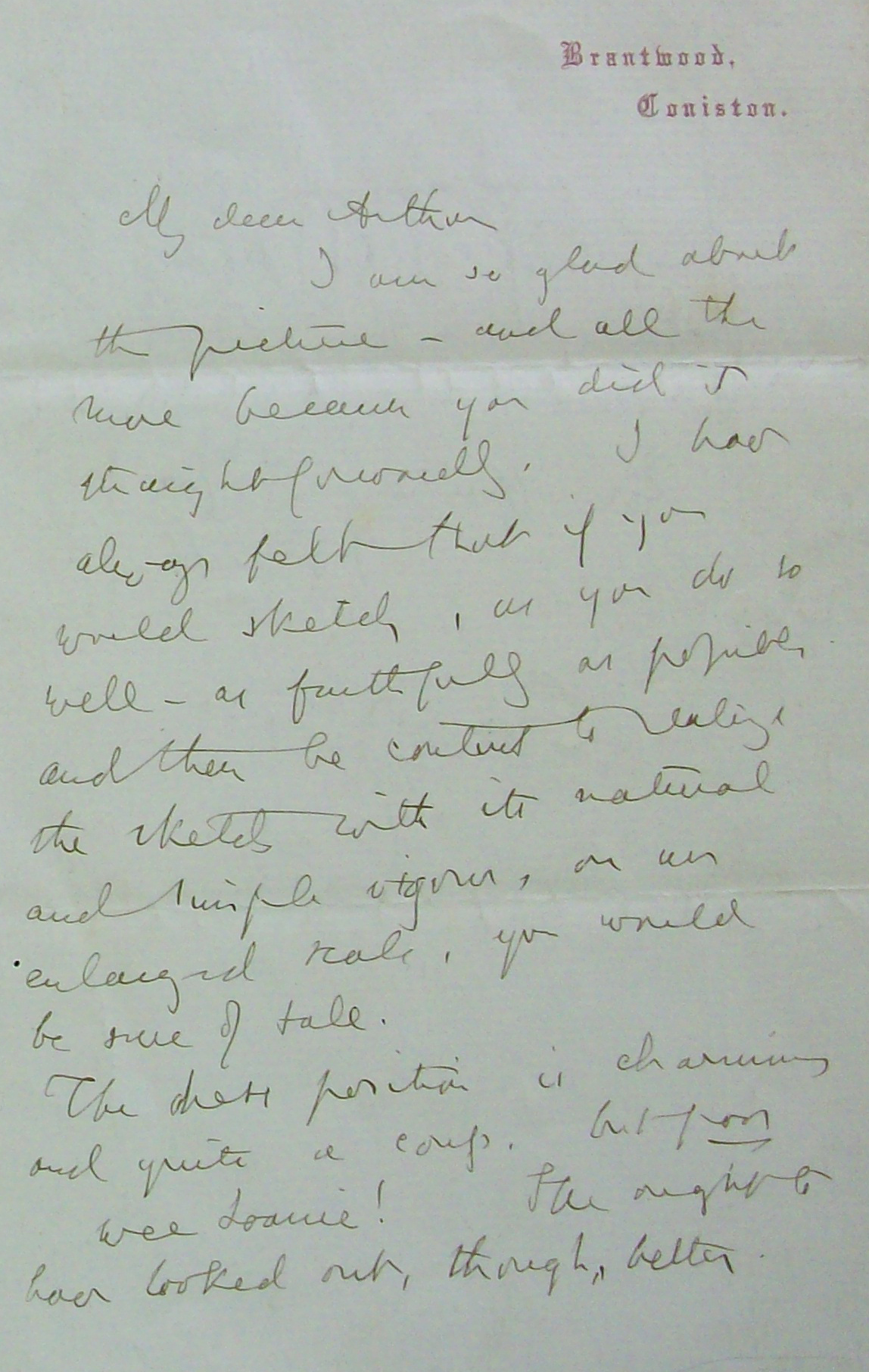 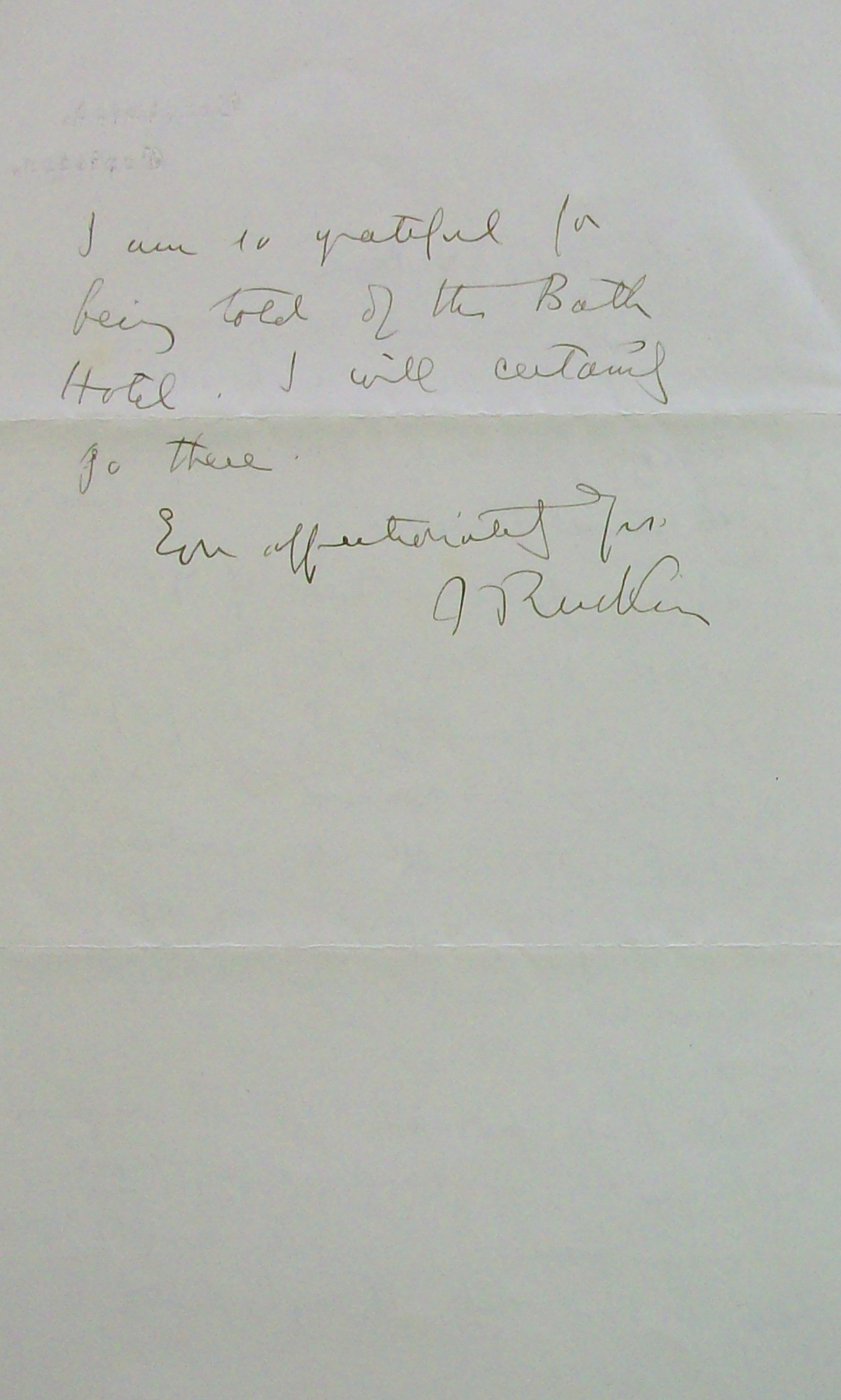