Campus community members and scholars and researchers of all ages and experience levels from Illinois, the nation, and the world are welcome to explore and discover a world of cartography at the Map Library. 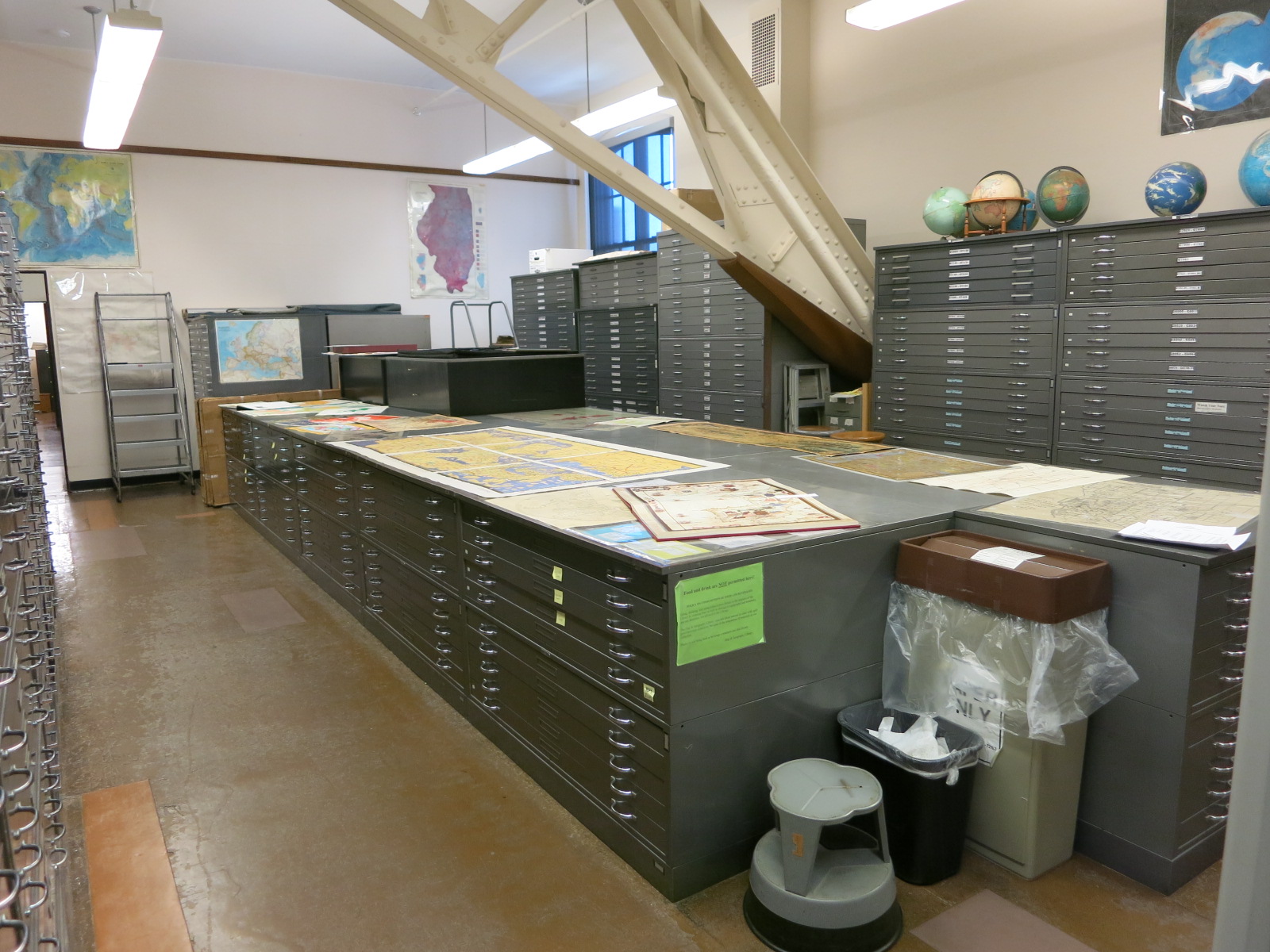 The Map Library was founded in 1946, in large part responding to the distribution of “captured maps” to universities and colleges by the federal government at the end of the Second World War. Located in two connected rooms on the fourth floor of the Main Library building, the Map Library initially consisted of cartographic materials (primarily atlases) transferred from the general collections.

The Library further supported the new department by loaning the space that currently houses a large part of the map collection to the Geography Department for use as a drafting/cartography lab from 1950 to 1952 while Davenport Hall, formerly the home of the College of Agriculture, was being renovated for occupation by a number of social sciences departments, including Geography. After the Geography Department vacated the space it was assigned to the Map and Geography Library. 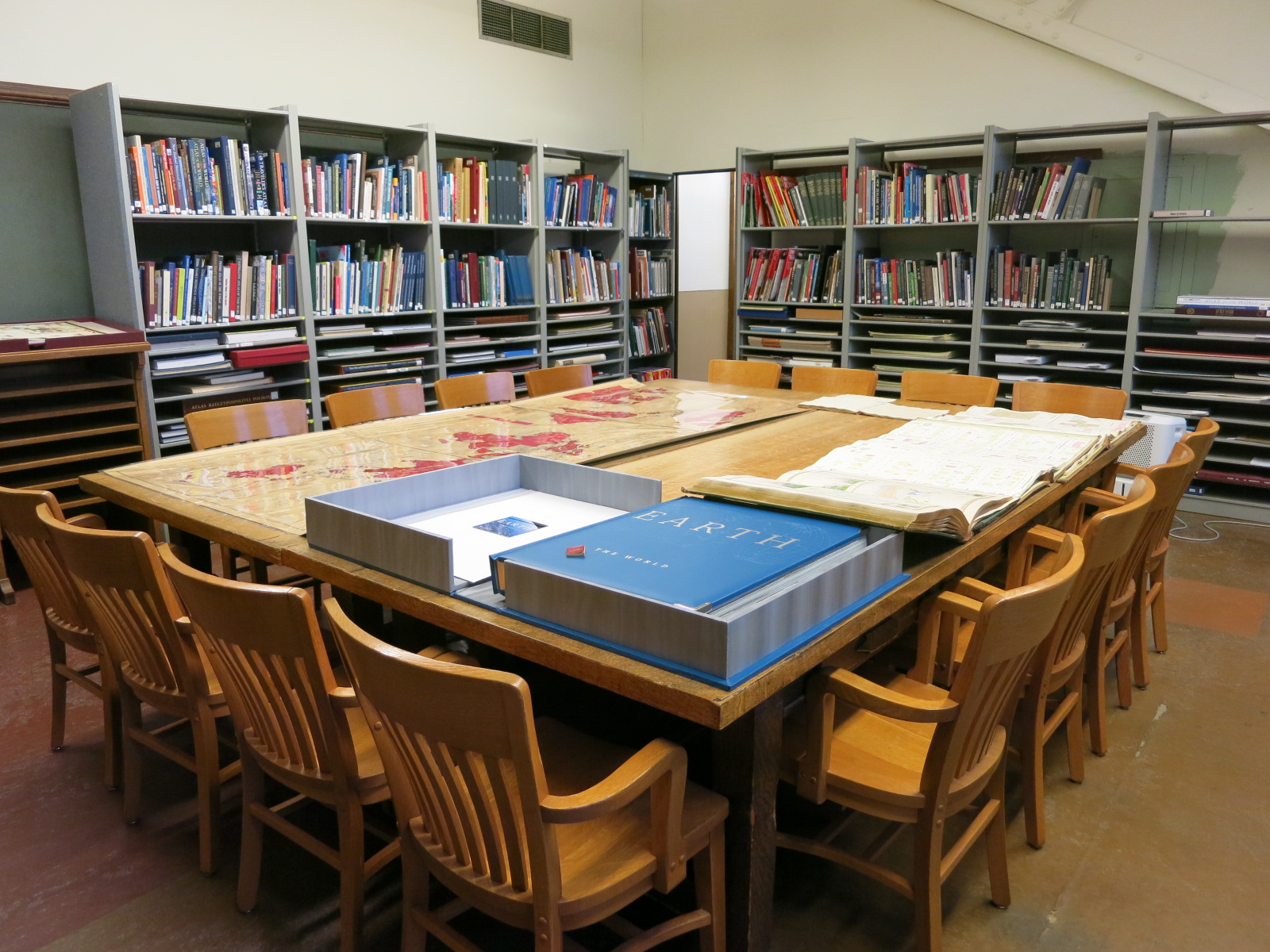 Another big change in Map Library space happened in 1979. The University of Illinois Library School (later the Graduate School of Library and Information Science and now the School of Information Sciences) moved into the Main Library from Altgeld Hall, the first library building, when the Main Library opened in 1926. In 1979, the Library School moved from its fourth floor Main Library offices to the third and fourth floors of David Kinley Hall, across the street directly south of the Main Library. The Map Library expanded into spaces on the east and north side of the hall (rooms 412 and 408) and moved the unit’s office and a substantial part of the collection, in particular pre-20th century maps and atlases and topographic map sets.