New Acquisitions in the Map Library 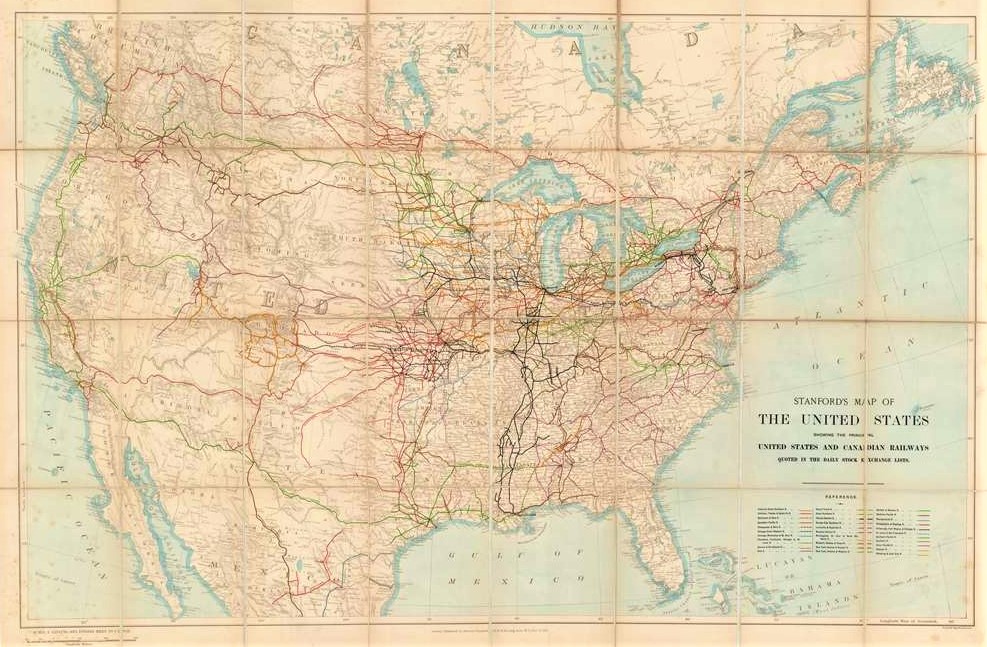 It is not widely known that European investors financed more than half of United States railroad growth in the 19th and early 20th centuries. This map, published in London, was intended for those remote investors, illustrating the extent of track owned by United States and Canadian railroad companies traded on the London Stock Exchange. There are only 2 other known copies of this map. It will be scanned and made available through a new Map Library digital collection focusing on railroads in North America during the 2021-2022 academic year. 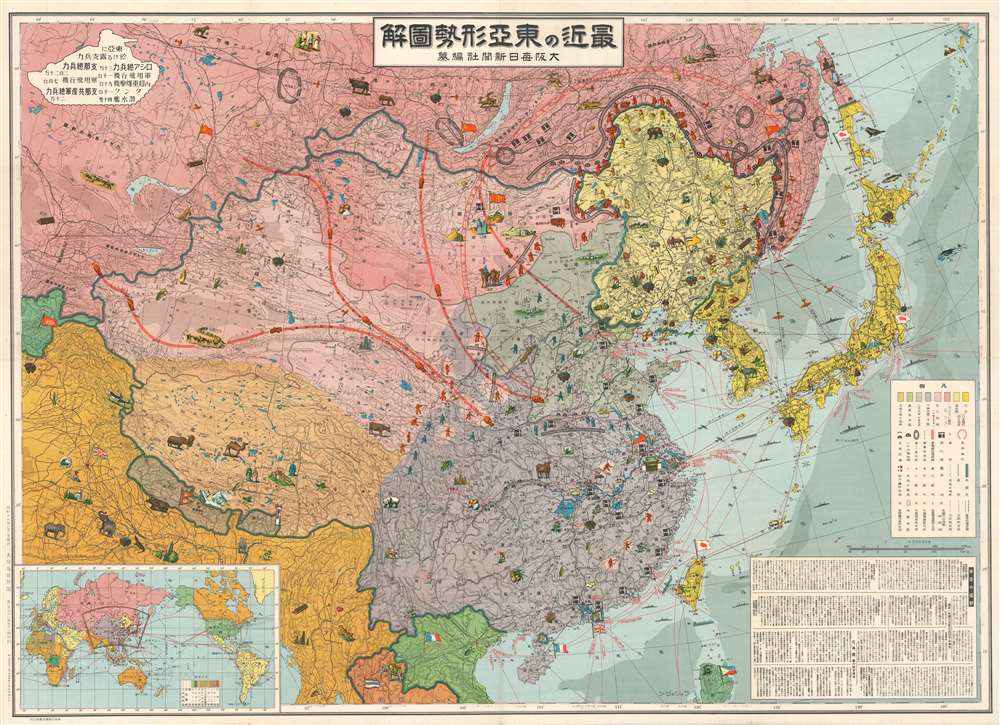 This map of East Asia was published in Japan in 1937. Centered on China, the map depicts tensions and military increases in in the years immediately before the beginning of World War Two. China is probably the center of the map because it was a region of contention between the Soviet Union and the Japanese Empire. The Soviet Union appears to be relatively natural resource poor in comparison to regions to its south, highlighting Japan’s needs to defend and establish or maintain control over these areas. The world map in the lower left depicts colonial interests of England, Italy, Japan, and the Soviet Union. Purchased with support from the GS Bonn Endowment Fund. 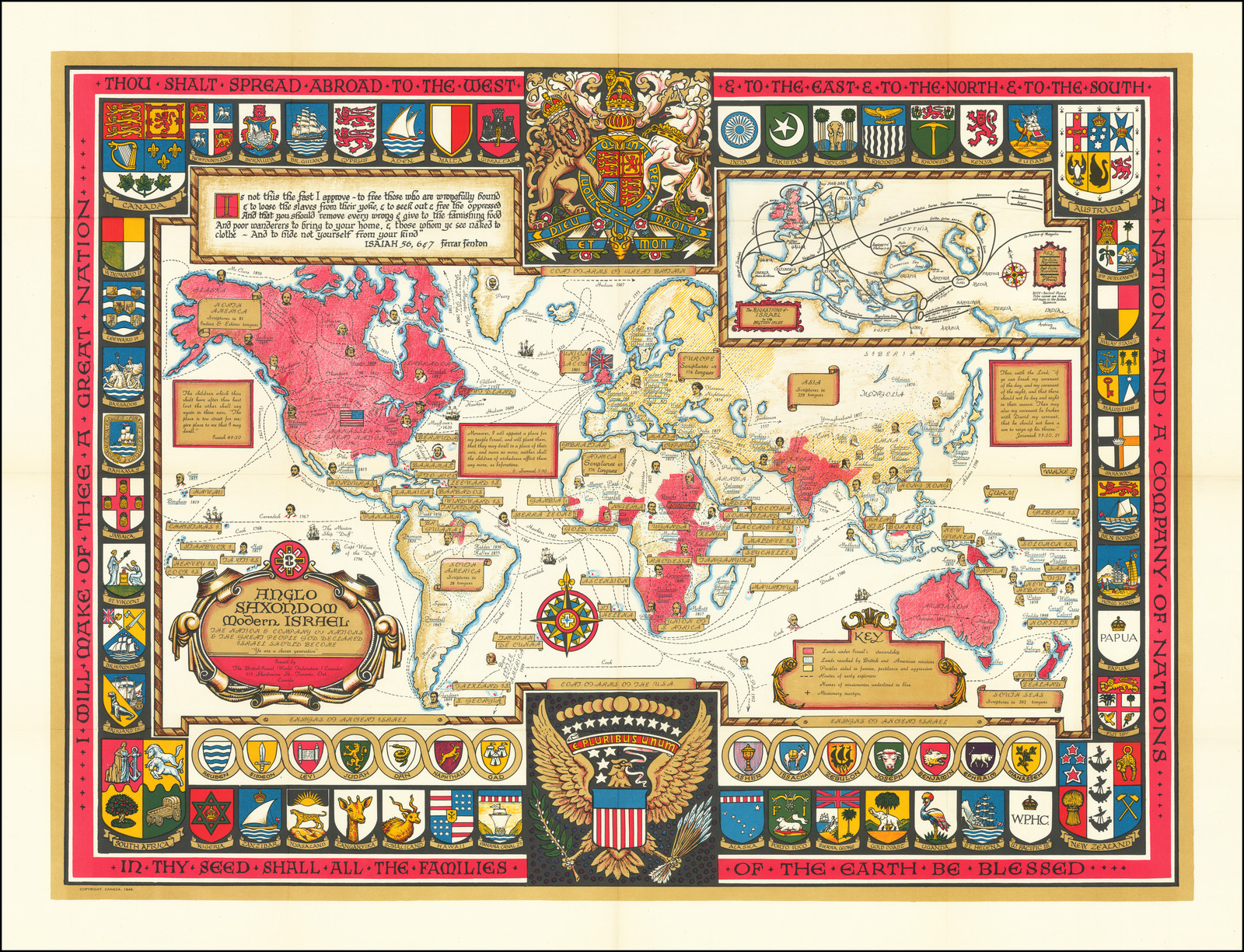 At first glance, this 1949 world map by the British Israel World Federation appears to be highlighting Anglo-American territories. But it actually demonstrates bold mid-century racial and ethnic centrism with underlying premises revolving around the Ten Lost Tribes of Israel (inset map showing the path of the Tribes from Egypt to Britain), the ancient descent of the British royal family, and the divine mandate given to Britain to create world order. Purchased with the support from the Richard Allen Avner and Elaine S. Avner Library Endowment Fund.

Panorama of the Mississippi Valley 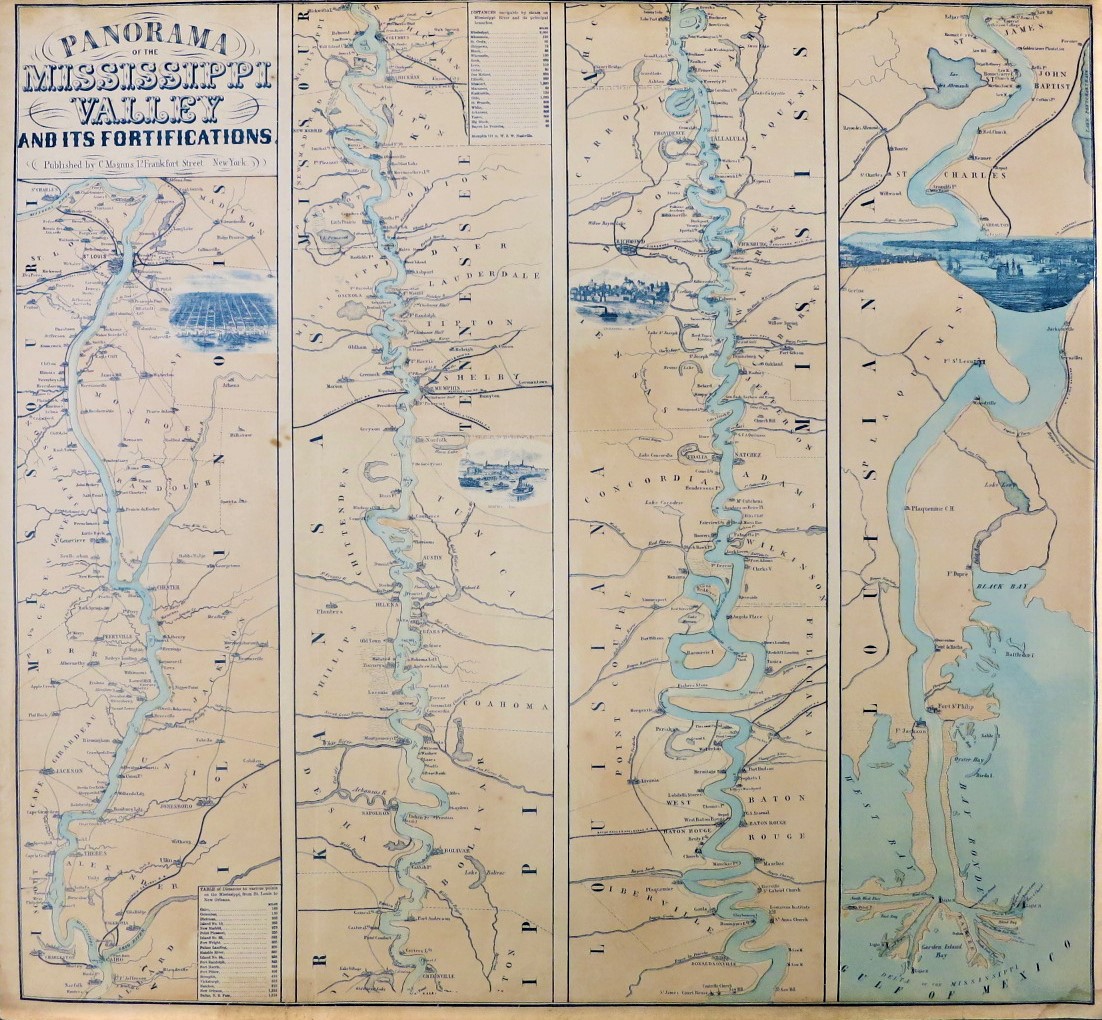 This 1863 map of the Mississippi River Valley, from the Missouri River confluence north of St. Louis to its mouth, includes the locations of fortifications and city panoramic views of St. Louis, Memphis, Vicksburg, and New Orleans. The entire leftmost (northernmost) panel shows the river along the west border of Illinois. The blue of the river and Gulf of Mexico was applied by hand; brush strokes and uneven color can be seen throughout the map. This map will be scanned and made available through the Map Library’s Rivers digital collection in summer 2021. Purchased with the assistance of a Library Friend.

Map of the Mexican National Railway 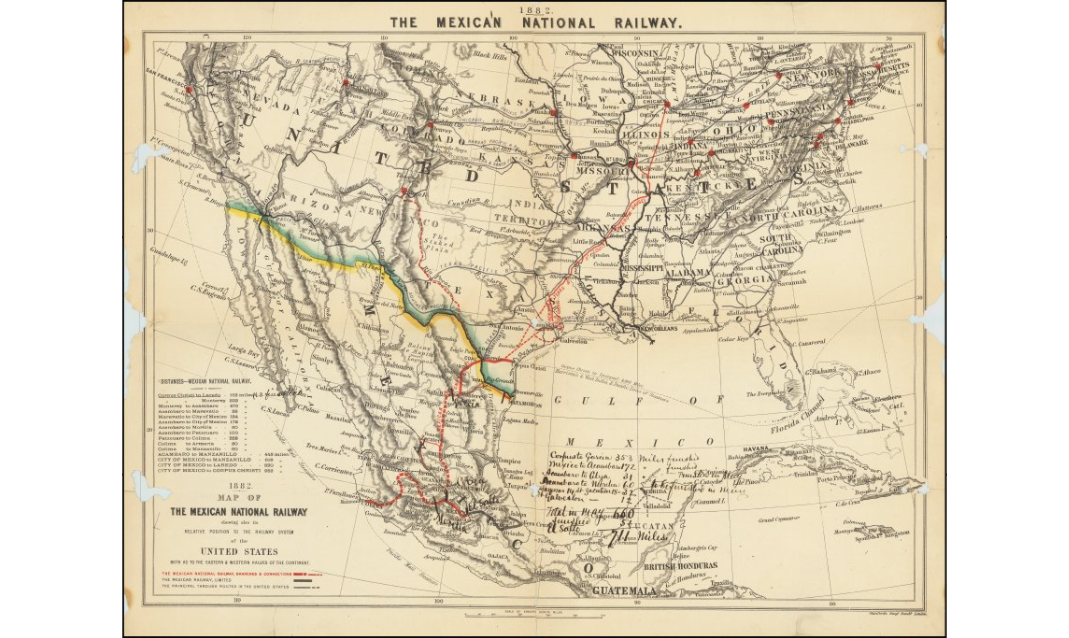 This map of the Mexican national railway highlights connections to Chicago via the Texas & St. Louis Railway. The handwritten annotations (in the Gulf of Mexico) describe track laid after the map was published. This map will be included in a new digital map collection focusing on railroads later in 2021. Purchased with the assistance of a Library Friend. 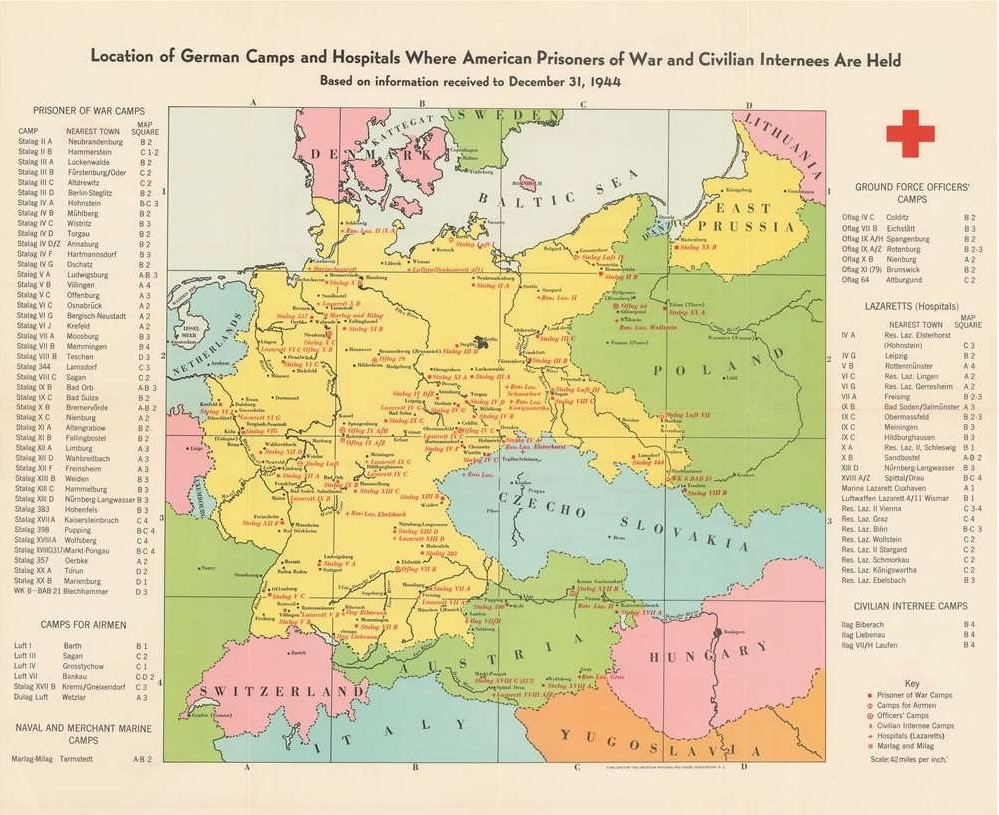 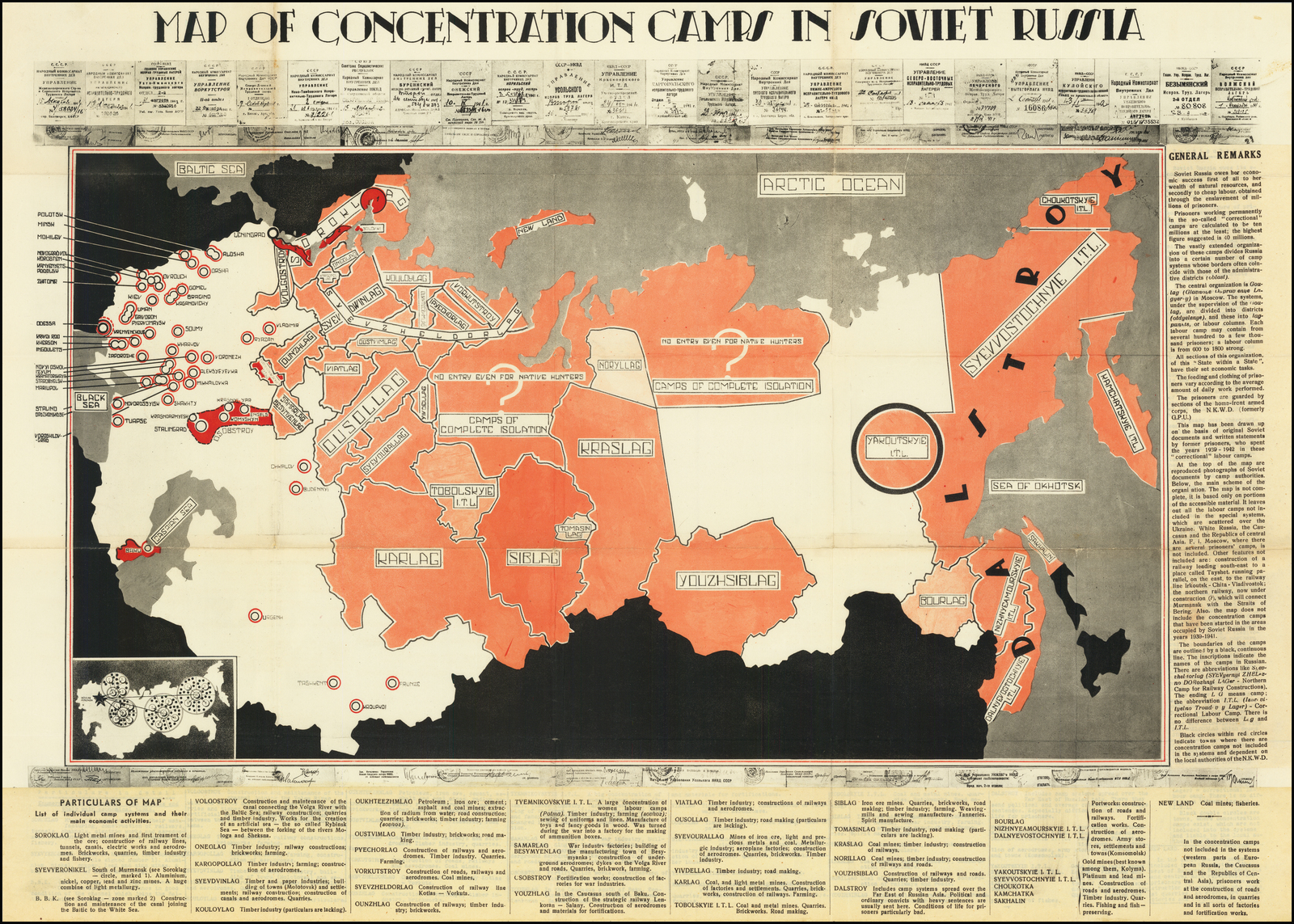 This map is the earliest Cold War era map showing concentration camps, or gulags, in the Soviet Union. It was issued to accompany a book published in Rome in 1945 titled Sprawiedliwość Sowiecka. Purchased with the assistance of a Library Friend, Map of Soviet Concentration Camps joins two other maps, from 1951 and 1973, in the Map Library showing gulag locations. 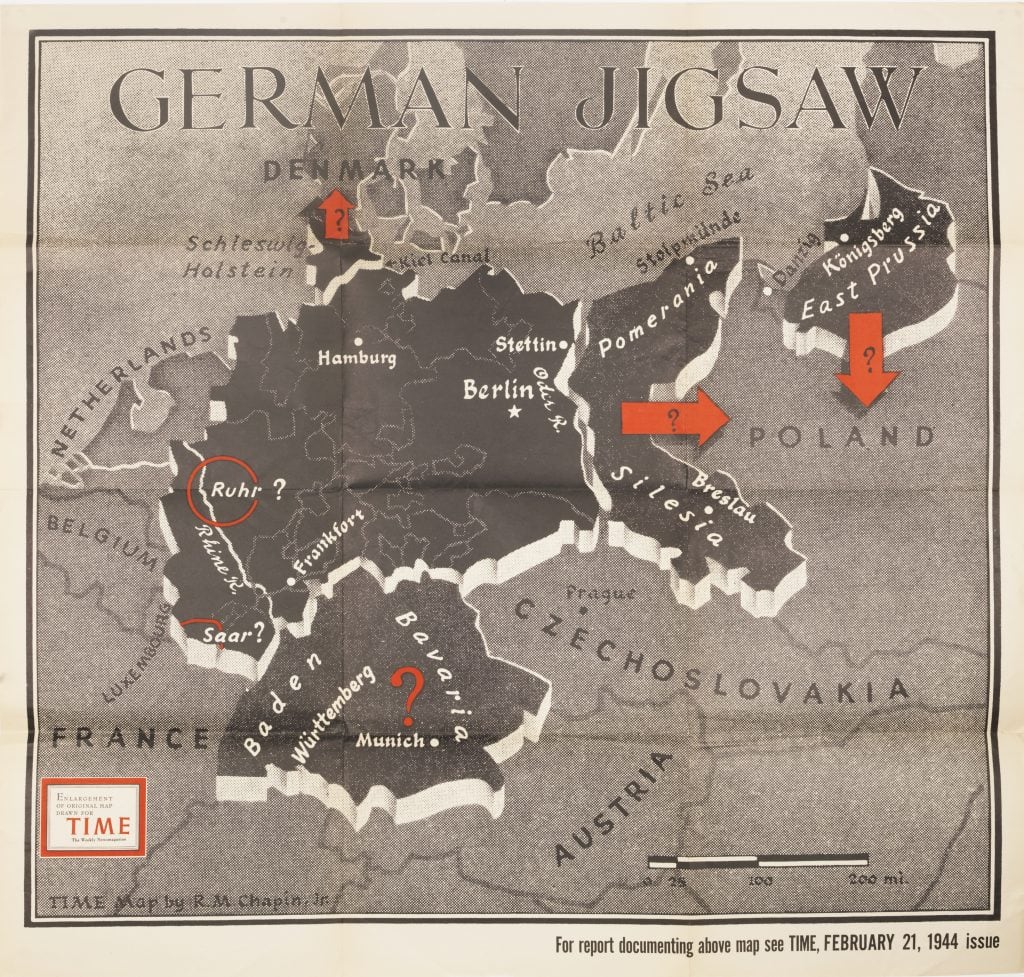 German Jigsaw was purchased for the Map Library with the support of a Library Friend. It is a greatly enlarged version of a map that appeared in the February 21, 1944, issue of Time accompanying a short article titled “Germany: Dismember or Dismantle.”  Robert M. Chapin, Jr., the map’s cartographer/artist created many maps for Time between 1937 and the late 1960s. German Jigsaw was published 3 years to the month before the signing of the Paris Peace Treaty. Being speculative, it in no way depicts the changes in borders and territories that actually happened. 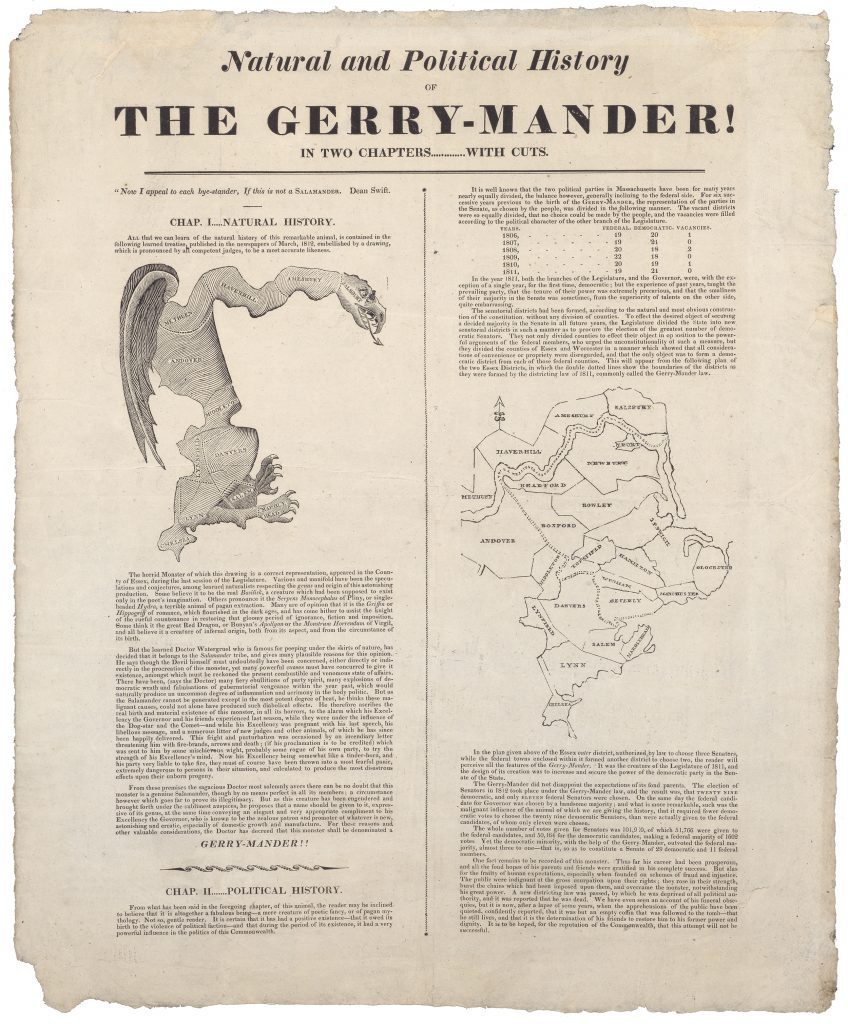 The Map Library acquired this historic broadside shortly before the 2020 spring break. Natural and Political History of the Gerry-Mander!, a broadside published in the late 1810s or early 1820s, includes 2 map images. The map on the left originally appeared in the Boston Gazette in 1812 as a political cartoon, lampooning the odd shape of electoral districts in Essex County, Massachusetts. The less fanciful map of Essex County on the right shows another redistricting effort approximately 8 years later — but the gerrymander still can be seen. In anticipation of the general election in November, we plan on scanning this map, along with other political and election maps, during summer 2020 and making them available through the University Library’s Digital Collections.