Latin American and Caribbean Collection About Us 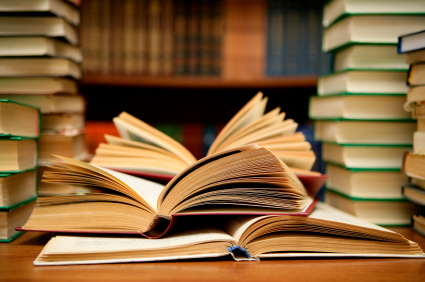 As a part of the nation’s largest public academic library, the Latin American and Caribbean Studies collection at the University Library exists to support instruction and research in Latin American and Caribbean Studies and related interdisciplinary fields at University of Illinois. With more than 993,000 volumes and close to 300 serials from Latin America in Spanish, Portuguese, Creole, French and several indigenous languages, the collection ranks among the top five collections nationwide and is the largest in the Midwest.

Digital access to resources from and about the region has become an integral focus of the collection. The library provides access to a large number of newspapers and magazines from all over the region through online portals such as Latin American Newstand, Lexis-Nexis Academic Universe, Access World News, PressDisplay, among others. We also subscribe to all the major electronic databases for academic journal resources, including the Hispanic American Periodical Index (HAPI), Handbook of Latin American Studies, Oxford Bibliographies: Latin America, as well as EBSCO, Infotrac, JSTOR, and a host of other disciplinary databases.

We are also participants in the Latin American Microfilm Project through the Center for Research Libraries, which gives us access to a comprehensive microform collection of historic primary material covering everything from politics to culture over the past five centuries. Recently, our library acquired a promising new database called Confidential Prints: Latin America, 1833-1969, containing official British documents pertaining to revolutions, territorial changes and political movements, foreign financial interests, industrial and infrastructural development (including the building of the Panama Canal), wars, slavery, immigration from Europe and relations with indigenous peoples, among other topics.

Our holdings are the result of over one hundred years of acquisitioning, including numerous purchasing trips to the region as part of an aggressive and comprehensive amassing program for most of the forty countries in Latin America and the Caribbean. However, traditional strengths of the collection have been Brazil and the Andes (especially Peru and Ecuador), Mexico, Moseoamerica, Colombia, Venezuela, Chile, and recently Central America and the Caribbean. The collection is more than equipped to support teaching, studying, and research in most disciplines, but special disciplinary strengths are the social sciences, the humanities, languages and literature. Our material in the Andean language of Quechua is particularly strong.

Our extraordinary collection of volumes and resources has been achieved through more than a century of bibliographers’ work. The collecting in Latin American and the Caribbean began with Prof. William Spencer Robertson, who became the University’s first professor of Latin American History in 1909. In those years the role of library material acquisition (bibliographer) relied in the hands of the teaching faculty, and it was Prof. Robertson who began building the collection until his retirement in 1941. His private collection, donated to the library in 1953, greatly enhanced the collection and includes his personal manuscripts, correspondence, illustrations and photographs, newspaper clippings and notes most of it about and from Latin America. Due to the activity and prominence of Prof. Robertson between the 1910s and 1930s, our collection houses much material not collected in other libraries formed after those decades.

After a brief interim period under the leadership of Dr. Paula Carns (2009-2012), in 2012, the position of Latin America and Caribbean Studies Librarian resides again in a historian by training, yet interdisciplinary in scope, Dr. Antonio Sotomayor. Professor Sotomayor has an active research agenda that studies the culture and politics of sport and recreation in the Spanish Caribbean. The Latin American and Caribbean Studies Collection and Services now reside within the newly created International & Area Studies Library. At the IAS Library you will find a selection of recent Latin American and Caribbean serials in addition to reference materials about the region. With ample space for study and work, the reference area is also equipped with multiple computers, various scanners, and microfilm readers. Professor Sotomayor’s office is located in room 337A and welcomes all for research consultation and/or discussion about this fascinating part of the world.