Latin American and Caribbean Collection About Us

An eclectic collection of 82 historical Bolivian imprints, including speeches, official memoranda, memoirs, educational materials, sermons, and more. Although a few items are hand-written, including the earliest sermon (1761, Oruro, Bolivia) the majority of items come from official presses in Chuquisaca (La Plata/Sucre) during the immediate post-revolutionary period (1830s-) and deal with ongoing border conflicts between Chilean, Bolivian, and Peruvian political elements.

Acquired in 2013, these 25 Brazilian telenovelas were produced between 1970 and 2013 with a majority of them from the early to mid-2000s. Topics covered include love, class relations, race, slavery, o sertão, country life, urban life, modernization, military dictatorship, and comedy, among others. Plots cover from colonial times to the present. Most of the telenovelas are in color, yet a few are in black and white. The majority are in Portuguese without subtitles, yet some have subtitles in Spanish, English, French, or Portuguese. Contact Prof. Sotomayor for a full list with descriptions and call numbers: asotomay@illinois.edu.

A brief diary kept by prominent Illinois poet Carl Sandburg during part of his eight month tour in Puerto Rico as a member of Company C, 6th Infantry Regiment, Illinois Volunteers during the Spanish-American War. Covers the period 25 July 1898 to 12 August 1898.

Set of 12 fine and rare legal documents printed in New Spain (Mexico City), between 1562 and 1623. A great example of American incunabula, most of the documents were printed by Pedro Ocharte, the son-in-law of Juan Pablos, the first printer in the Western Hemisphere. The set of cases printed in 1563 comprise the first compilation of Mexican law printed by Ocharte, and he stands out as printer of legal documents. Manuscript sections of some documents are inscribed by notary and signed by all parties involved. 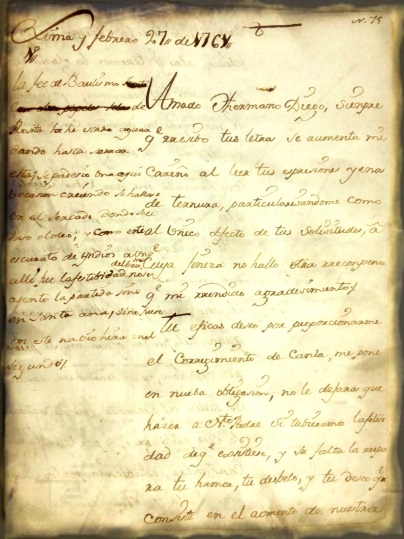 This manuscript consists of around 70 pages of personal notes from the celebrated Chilean poet, journalist, educator, diplomat, and first Latin American recipient of the Noble Prize in Literature, Gabriela Mistral (1889-1957).

Series of 544 black and white post cards of landscapes and street scenes from all over South America and Spain. The postcards date from the late 1920s and 1930s. The majority of images are cityscapes of the metropolises and coastal centers of Peru, Uruguay, Argentina, Brazil, Bolivia, and Chile, but other popular images include Andean landscapes and street scenes of Andean Indians at market.

Collection of 58 imprints from the viceroyal press of Buenos Aires (La Real Imprenta de Niños Expósitos, Buenos Ayres) dating from the period of the Napoleonic Conquest and shortly after (1808-1813). The preserved imprints are typical of the press’s publications at the time, which were mainly a patchwork of dispatches collected from various European newspapers. The fragmentary reports are a valuable primary source for the study of the Peninsular War from the perspective of Iberian sympathizers in South America.

Founded in 1891, the Jornal do Brasil is one of Brazil’s oldest and most important newspapers. The Library has in print from 1966 to 2005, one of very few longest running collections for the newspaper in the US. The Library also has in microfilm from 1891 to 1901.

One of only two copies in the US (Center for Research Libraries). We have a complete run from June 1956 to December 1961. The Collection is available on DVD at the International and Area Studies Library, in-room use only.

Palafox was a seventeenth century Spanish bishop in Mexico who also served briefly as viceroy of New Spain from June 10, 1642 to November 23, 1642. The library maintains a collection of works by Palafox and others who were involved in his career, including 23 manuscripts, historical prints and translations housed in the Rare Books & Manuscripts library.

Complete run between 1949-1956 of the weekly magazine “Mundo Deportivo” (Buenos Aires) that covered news, events, programs, advertisement, etc. about Argentinean sport and recreation, and served as a tool for political and cultural propaganda for Juan Domingo Perón’s regime. These were the heydays of Argentinean sport, when the country was a leader in developing populist sport programs locally, but also at the Olympic level. The Argentineans led the organization and establishment of the Pan-American Games (first held in Argentina in 1951) and worked closely with Avery Brundage, who at this time was the Chair of the Organization of Pan American sports. the magazine is in overall good condition and can be consulted in room only at IASL.