Writer D.H. Melhem was born to Lebanese immigrant parents in Brooklyn, New York in 1926. During her career she authored eight books of poetry including Notes on 94th Street, Children of the House Afire (later turned into a music drama), Rest in Love, Country: An Organic Poem, Poems for You, Conversation with a Stonemason, New York Poems, and Art and Politics: Politics and Art. Her first book, Notes on 94th Street (1972), has been recognized as the first English-language poetry collection by an Arab-American woman and was proposed by Gwendolyn Brooks for a Pulitzer Prize. It is part of our Modern Poetry Collection and available for viewing in the reading room (click here for the catalog entry). Melhem also wrote a post-apocalyptic trilogy called Patrimonies which consists of novels Blight, Stigma, and The Cave. In addition to her literary output, Melhem contributed over seventy essays on poetry and literature to periodicals and scholarly journals.

As well as being a poet, novelist, editor, and teacher, D.H. Melhem was Gwendolyn Brooks’ personal friend and biographer. Her book Gwendolyn Brooks: Poetry and the Heroic Voice (1987) was the first comprehensive study of the poet. This was largely due to the trust Brooks had in Melhem to portray her, as Brooks was careful about whom she allowed to write about her and her work. Melhem later devoted a chapter in her award-winning book Heroism in the New Black Poetry: Introductions and Interviews (1990) to Brooks as well. 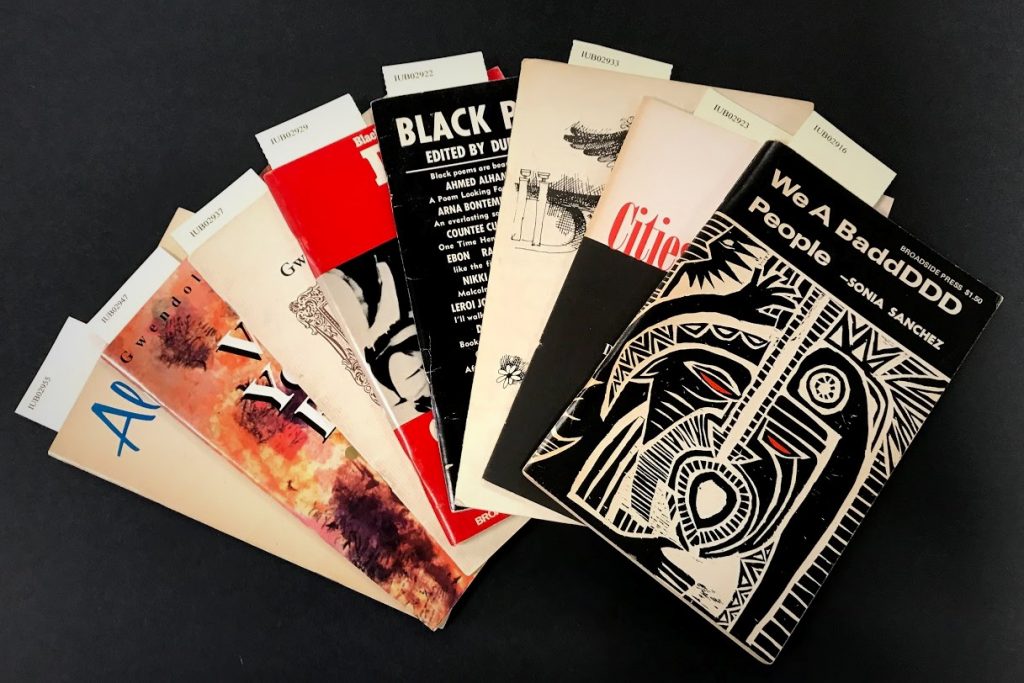 The Rare Book and Manuscript Library acquired forty-seven books from D.H. Melhem’s personal library in 2018. These books are now cataloged and available for viewing in the reading room. In addition to Brooks, authors in the collection include Sonia Sanchez, Dudley Randall, Quincy Troupe, Haki Madhubuti, Ree Dragonette, Denis Sivack, Tillie Olsen, Keziah Brooks (Gwendolyn Brooks’ mother), Joseph Bruchac, Etel Adnan, Gregory Orfalea, and Cynthia Ozick. The majority of the books are collections of poetry while some are novels and others are non-fiction works. Nearly every book is signed by the author and inscribed to Melhem. The inscription in Brooks’ Primer for Blacks is a particularly personal and heartfelt example (see below). Dated July 6, 1980, it reads “For D.H., who has disclosed myself to me and to the World! (at least a considerable part of myself!) Love, appreciation, admiration! Sincerely, Gwen.”

Many of the books contain interesting notes, annotations, and marginalia with analysis and interpretation by Melhem. For example, in After the Killing by Dudley Randall, Melhem has analyzed the rhyme scheme (“iambic pentameter”) for the poem “I Loved You Once” and described the poem as “exquisite”:

Some of the works also contain bookmarks and other items left by Melhem, such as this page of Blacks by Brooks:

Many of these titles were previously absent from our collection and their addition helps us to better understand the relationships between authors working during the Black Arts Movement.

Click here to view all of the works formerly owned by Melhem now in the Rare Book and Manuscript Library’s collection. 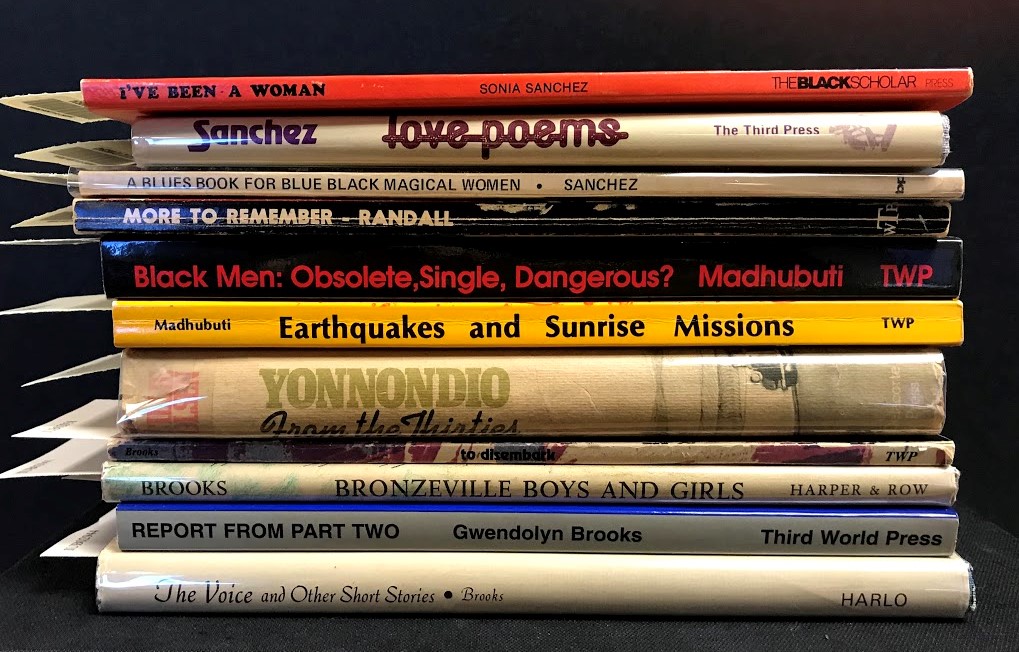 Photograph and biographical information about D.H. Melhem comes from http://dhmelhem.com/bio/.