Edward Gorey (February 22, 1925-April 15, 2000) is an author and illustrator best known for his pen-and-ink illustrations in Victorian and Edwardian settings. Due to his illustrations generally grim, dark, and depressing content, Gorey’s works have found their home in a specific niche, and earned him the title of “Granddaddy of goth” and a cult following. While critics have considered his work to be surrealist, Gorey categorizes his own works as literary nonsense (defined as “a broad categorization of literature that balances elements that make sense with some that do not, with the effect of subverting language conventions or logical reasoning”). Other famous literary nonsense writers include Lewis Carroll and Edward Lear. 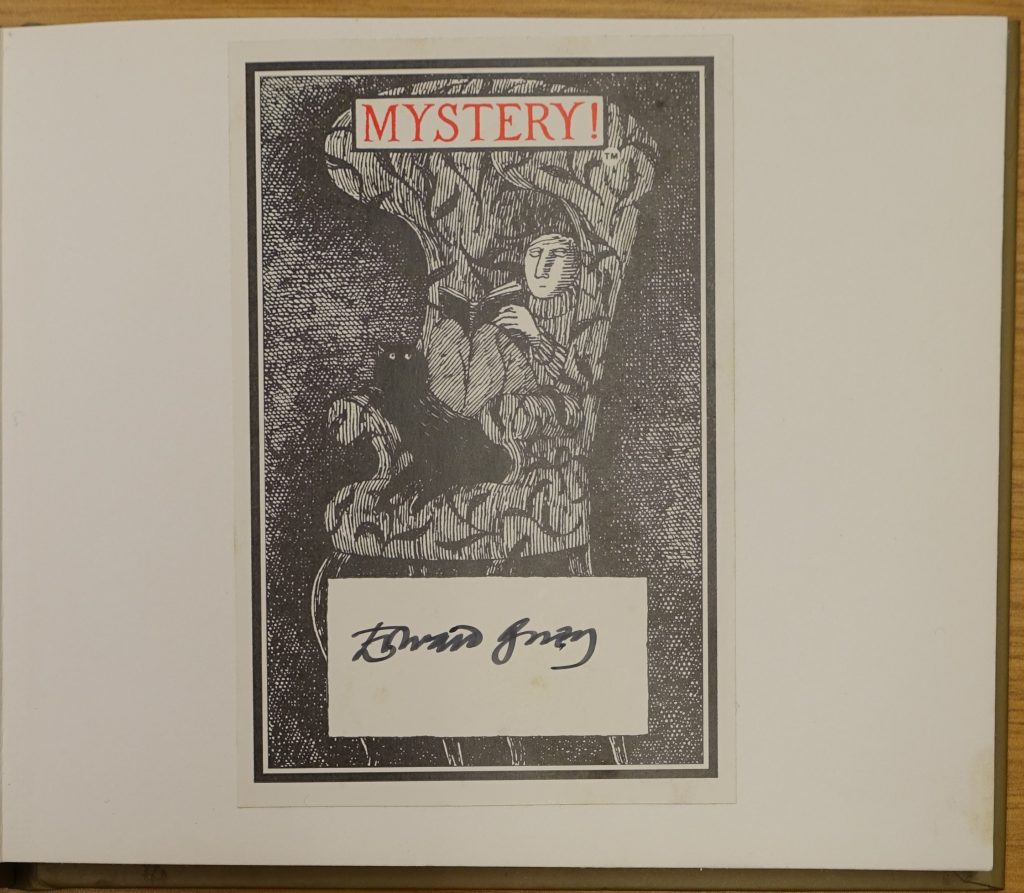 In his lifetime, Gorey wrote over 100 books, though not all were published under his own name. He was known for using different pen names, which were sometimes anagrams of his own name. Some pen names used by Gorey include Ogred Weary, Dogear Wryde, and Ms. Refera Dowdy. Two of his most popular books were The Doubtful Guest (1957) and The Gashlycrumb Tinies (1963), which is pictured below (shelfmark: uncataloged). 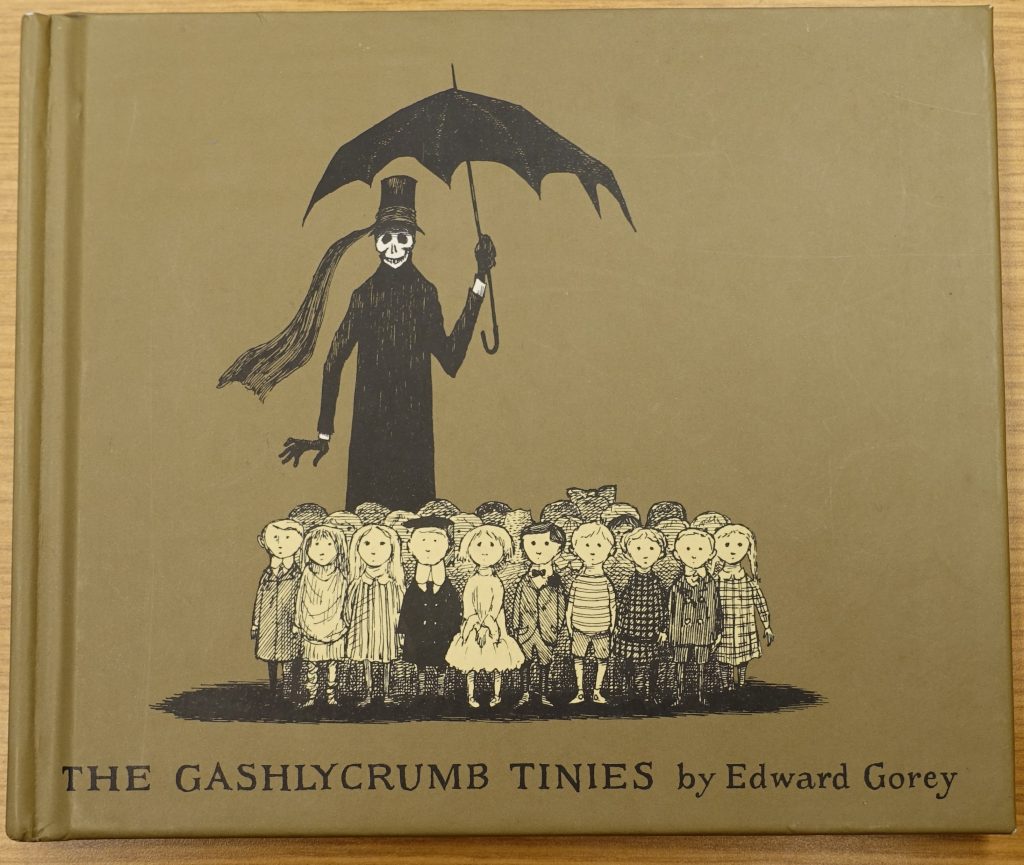 The Gashlycrumb Tinies is part one of “Vinegar Works: Three Volumes of Moral Instruction” and is an abecedarian (alphabet) book. His alphabet book tells the story of how 26 children (whose names all start with a different letter of the alphabet) meet their untimely death in various ways. The book itself is written in rhyming dactylic couplets. The Gashlycrumb Tinies was recently parodied in MAD Magazine, “The Ghastlygun Tinies.”

In addition to authoring over 100 books, Gorey also illustrated over 50 works from other authors. He has illustrated classic works from Shakespeare to Charles Dickens to H.G. Wells, poets like Samuel Beckett and T.S. Eliot, and fellow literary nonsense writer Edward Lear. Pictured below are the front and back covers from H.G. Wells’s War of the Worlds illustrated by Edward Gorey in 1960 (shelfmark: Wells 823 W46WA1960A). The Rare Book and Manuscript Library holds the archives of H.G. Wells, including the manuscript of the novel. 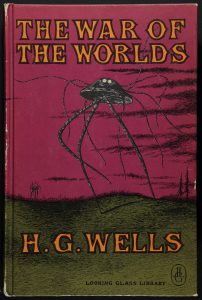 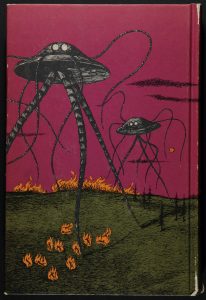 Edward Gorey also won a Tony Award in 1978 for Best Costume Design for his work on Dracula. The Rare Book and Manuscript Library holds “Dracula: a toy theatre: the sets and costumes of the Broadway production of the play,” published in 1979 (shelfmark: Q. S. 791.5 G661D). The book is designed so that the set elements, backgrounds, and characters can be cut out and used to conduct your own miniature production of Dracula. 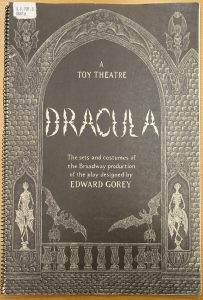 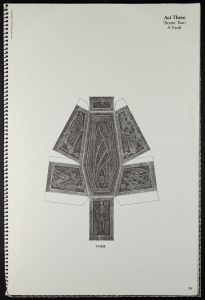