With the World Series in full swing it’s a good time to take a look at one of the many interesting baseball holdings in the collection: the first draft of the typescript for the 1992 movie A League of Their Own directed by Penny Marshal. This typescript, pictured below, was written in 1989 by Lowell Ganz and Babaloo Mandel and inspired by a documentary on the league. 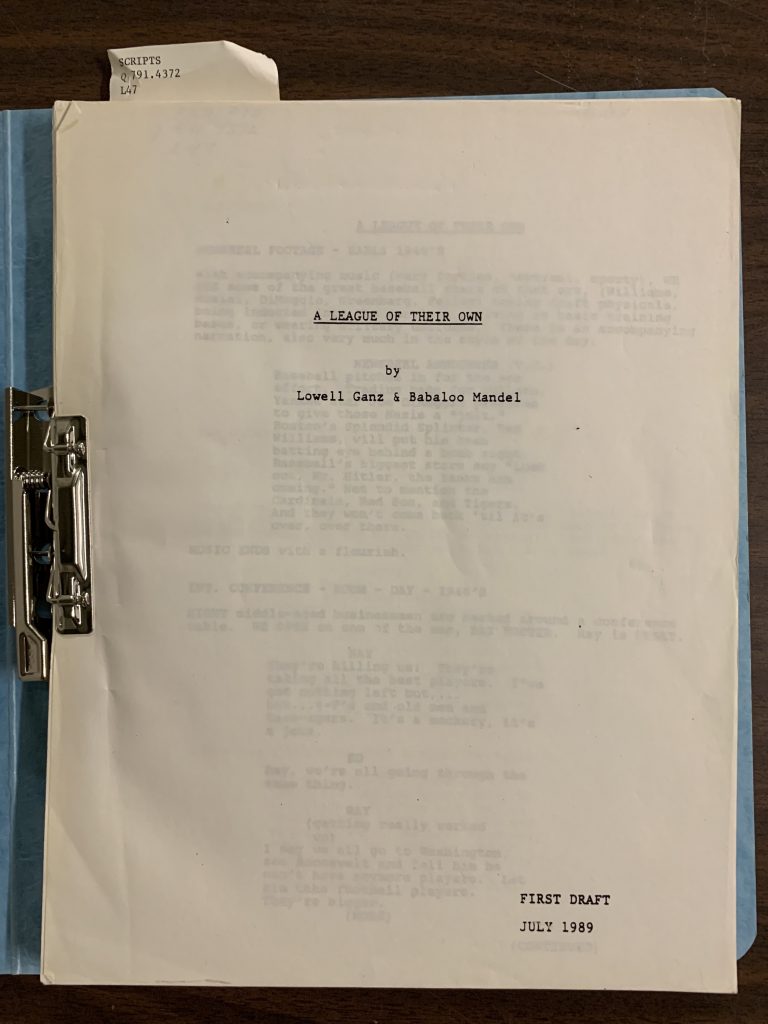 A League of Their Own tells the story of the real-life All-American Girls Professional Baseball League (AAGPBL), which existed from 1943 until 1954. The film features characters based on an amalgamation of players, not specific people. The league was created by Chicago Cubs owner Philip K. Wrigley to fill the void left by baseball players being drafted into World War II. The league recruited from amateur softball leagues all over the United States, Canada, and Cuba. The spectacle of women playing baseball in short dresses was originally viewed as a marketing gimmick. However, the players quickly proved they were serious athletes capable of playing the same game as the men, even sliding into bases with their bare legs (ouch!) and developed loyal fans.

Wrigley had a vision of the all-American girl he wanted the players to embody. Players were required to adhere to strict dress and conduct codes during the season, on and off the field. They attended compulsory etiquette classes, had early curfews and chaperones, and weren’t allowed to wear pants. Drinking alcohol and smoking was prohibited. This aspect of league life was featured in the movie in many scenes; one is pictured below. 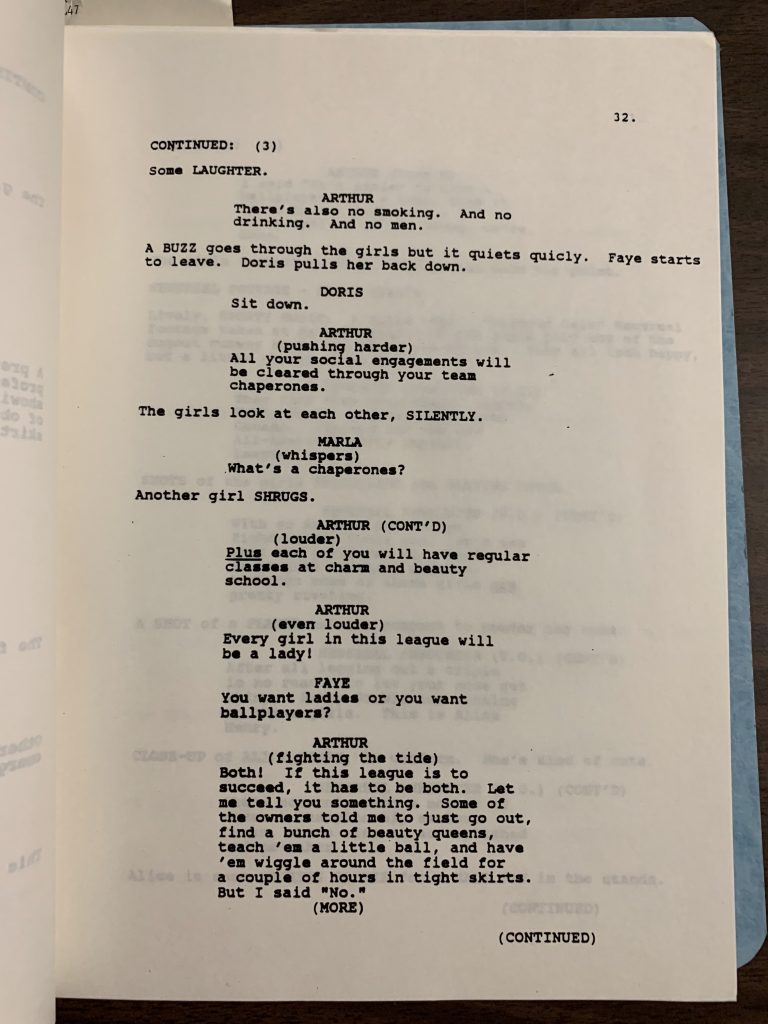 While the real-life players did have to follow a strict set of rules, the most famous rule from the film was purely movie magic. The image below shows the most iconic line of the film when an exasperated Tom Hanks, playing manager Jimmy Dugan, told one of the players, “There’s no crying in baseball.” 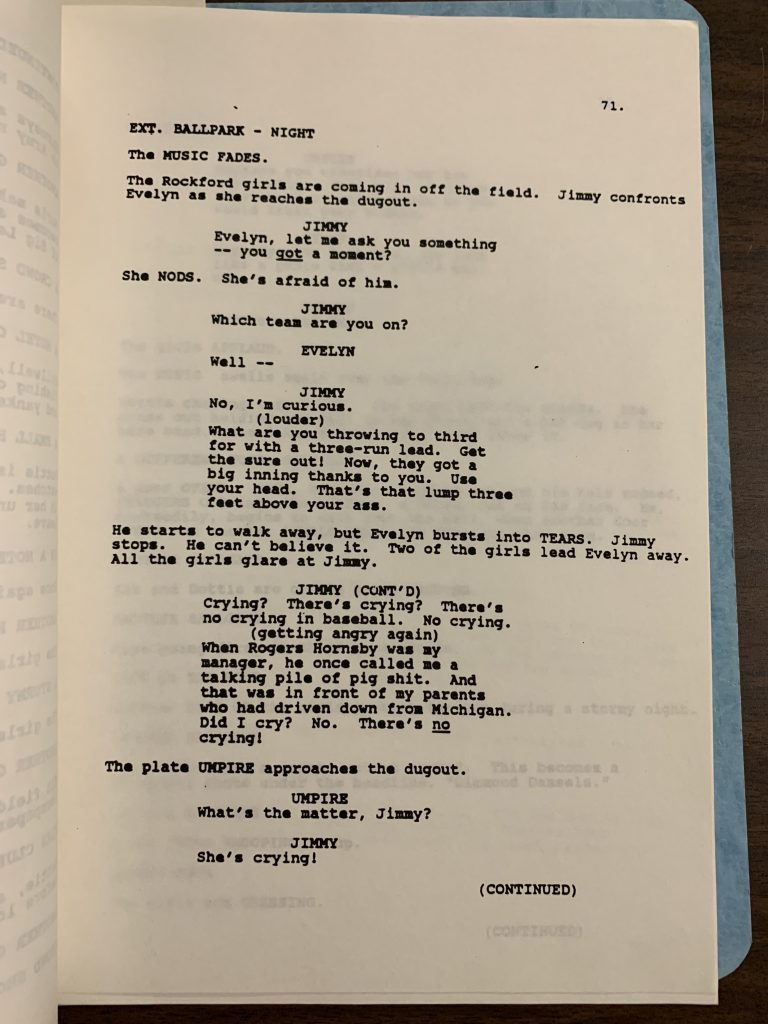 This typescript is just one of many baseball items in the RBML’s collection. Baseball for Girls and Women, published in 1929, may have set the stage for changing attitudes that supported the creation of the AAGPBL in 1943. The Spalding Official Base Ball Guide is also of interest, with volumes dating all the way back to 1889. This annual series included works by popular baseball writers, statistics, and the previous season’s records. These works and many more are available to view in the Rare Book and Manuscript Library’s reading room.

One thought on ““A League of Their Own” Typescript”