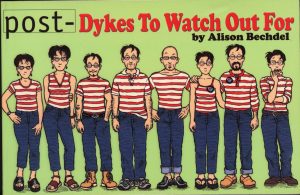 2019 marks the 50th anniversary of the Stonewall riots, a series of uprisings at Stonewall Inn, a gay bar in Greenwich Village. Now considered the first major event of the LGBT equality movement in the United States, the clash between law enforcement and members of the LGBT community at Stonewall sparked outspoken queer activism across the country. The celebration of Pride in June commemorates Stonewall and the subsequent mobilization of groups like the Gay Liberation Front and the Gay Activists Alliance that began the fight for LGBT rights. The first Gay Pride marches took place on June 28, 1970 in New York City, with concurrent events taking place in Los Angeles and Chicago. Now, Pride parades are held throughout America (and the world) to celebrate what previous activists have accomplished and as a commitment to continue to strive for visibility and equality. 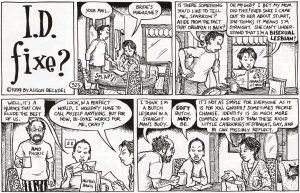 This June, we are celebrating Pride Month by featuring books from our collections written by LGBTQIA+ authors in a pop-up exhibit curated by graduate assistants Kellie Clinton, Katie Funderburg, and Taylor Henning. Many of these titles deal with themes of sexuality, identity, and the struggle for acceptance. Because of this content, most of the works were considered controversial when they were first written and many authors featured here were censored or prevented from publishing. Though the publishing industry has become more accepting of queer voices in recent years, books featuring gay, lesbian, bisexual, or transgender protagonists still appear on banned books lists regularly.

This exhibit celebrates these works for increasing the visibility of queer communities and for paving the way for later queer authors. It features a diverse selection of LGBTQIA+ literature from the 19th to 21st centuries and includes works of fiction, essays, poetry, and children’s literature. As many of these titles are also available in the Main Library, we encourage you to check out a copy and celebrate Pride Month with us.

One thought on “Reading the Rainbow: A Pop-Up Exhibit Celebrating LGBTQ Pride Month”