Although less momentous than William Caxton’s first edition and certainly less ornate than the later Kelmscott Chaucer, Wynkyn de Worde’s The boke of Chaucer named Caunterbury tales (Incunabula Q. 821 C39c 1498) provides valuable insight into early English print history. As one of the most prolific English printers at the turn of the 16th century, de Worde’s initial years in the book trade—including the printing of the 1498 The boke of Chaucer—merit careful consideration. The University of Illinois at Urbana-Champaign’s copy, housed in the incunabula collection at the Rare Books and Manuscript Library, is a particularly useful case study example of de Worde’s early career at Westminster, as it is one of the most complete of the six copies known to exist. While several copies consist of only a few leaves, the volume owned by the RBML has 113 of the original 153 folia.  Additionally, the leaves missing from the RBML copy were replaced with facsimiles produced by the British Museum in 1886, offering evidence of late 19th century attempts at book conservation as well as further information about the volume’s provenance. 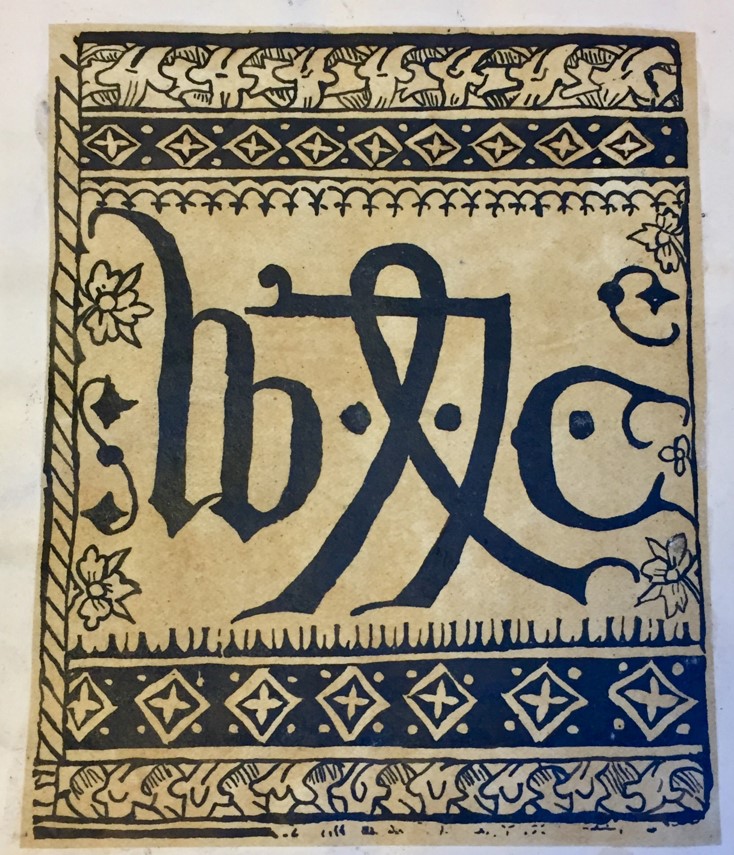 According to the cataloger’s note in the page gutter of RBML’s copy, the university purchased The boke of Chaucer from Stonehill in 1956, over 450 years after its printing. The additional material pasted onto the front flyleaves make it clear that the book was previously owned by the British Museum before coming to reside in the Rare Book and Manuscript Library. On the recto of the second front flyleaf, there is a bill from Daniel C. Baxter to Major C. H. Fisher dated January 27, 1886 listing the charges for the facsimile leaves and woodcuts. The bill comes to a total of nine pounds, twelve shillings, and nine pence, with individual charges such as, “40,713 words, or 565 ½ folios, in ordinary writing at 2d per folio” costing £4.14.3 and “17 tracings of woodcuts in facsimile (charged for by time)” being £2.0.0. More information is provided on the recto of the fifth flyleaf in a short note dated January 28, 1886 and signed “Edward Ernest Stride, British Museum,” which reads: “The leaves supplied in MS. and the tracings of the woodcuts & of the printer’s mark have been executed by Mr D. C. Baxter, of the Dept. of Printed Books, British Museum.” Additionally, on the recto of the fourth flyleaf, someone—presumably Baxter—has written, “The following memorandum is pasted into the copy of this work in the British Museum, and is believed to have been inserted by Sir Thomas Grenville; who bequeathed this work with his library, to the Museum,” indicating that the missing text and illustrations have been copied from The boke of Chaucer in the Grenville collection, currently housed at the British Library. 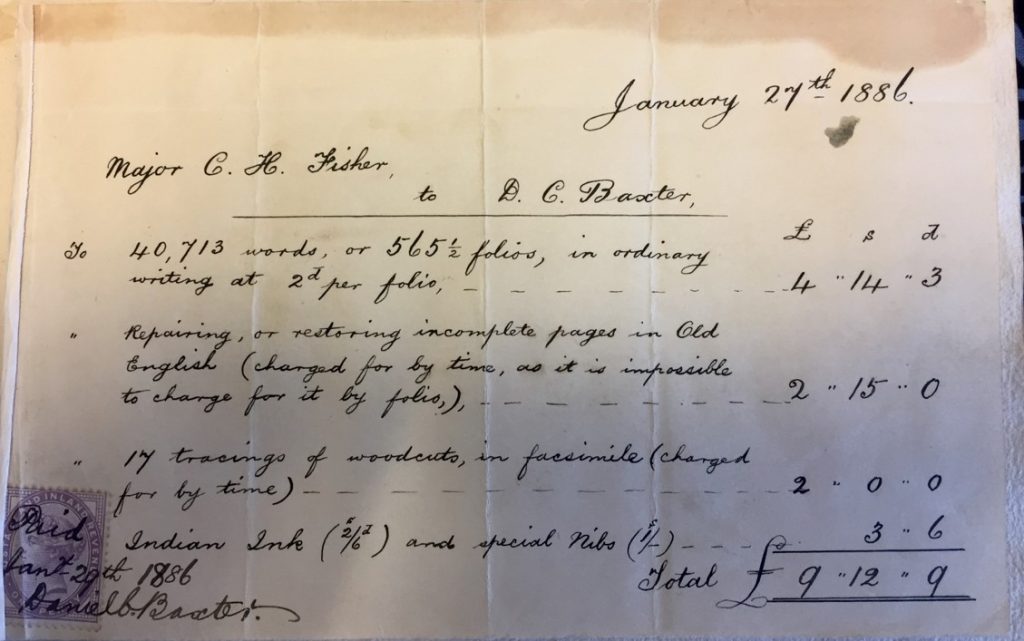 Although Grenville’s donation of The boke of Chaucer made the additions to the copy possible, the resulting facsimile text, done in a 19th century cursive hand, is jarringly different than the original text used by de Worde, especially when they appear together on the same leaf. Contrary to the typical goals of 21st century conservationists, Baxter was more concerned with preserving the literary narrative than the unique condition of the incunabula. The woodcuts, however, are well executed and, despite being obviously pasted in, closely resemble the printed illustrations. RBML’s copy has a contemporary binding of brown, blind-tooled calf over wooden boards with two brass clasps on the back board and evidence of two additional clasps on the front board. Based on the eight-petaled flower watermark found throughout the copy, The boke of Chaucer was printed on paper made by John Tate the Younger, owner of the first paper mill in England.  Instead of importing paper from France like most English printers, de Worde used Tate’s paper for several books, including his 1495 English translation of De proprietatibus rerum, in which the verse epilogue “makes the first known mention of paper making in England” by referencing the work of John Tate the Younger. 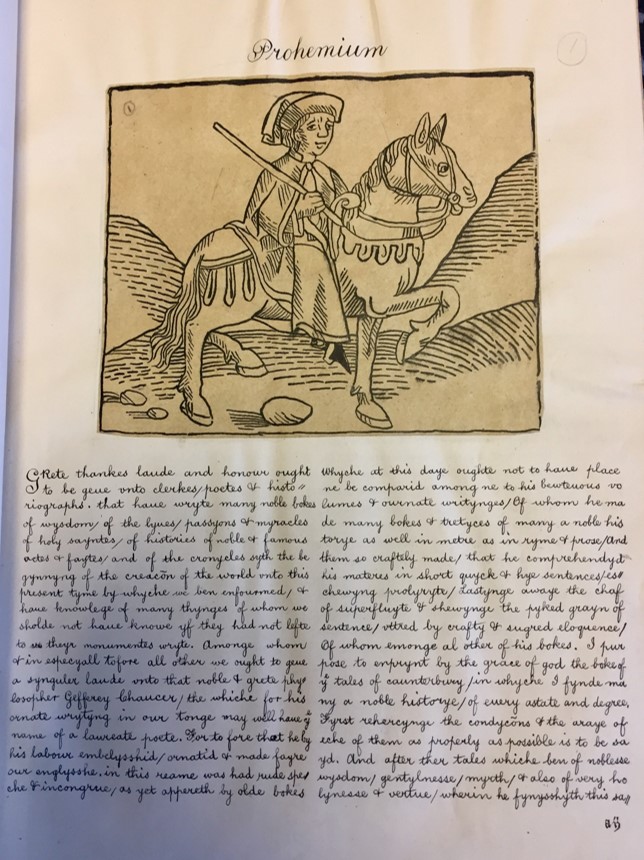 Fortunately, the stable physical condition of the RBML copy of de Worde’s The boke of Chaucer allows the book to be regularly used in class sessions at the Rare Book and Manuscript Library. In addition to courses focusing on English print history, the copy is also utilized for more general typography and graphic design instruction. The RBML copy of The boke of Chaucer is evidence, not only of Wynkyn de Worde’s legacy as one of the forefathers of English printing, but also how later bibliophiles and book restorers engage with his early work.