Born on December 10th, 1830, Emily Dickinson was a prolific and reclusive poet whose writing ranged from descriptive and observational to introspective and theoretical and touched on themes of flowers, death, and religion. Though very few of her works circulated during her life, over 1,800 poems hand-bound into “fascicles” were discovered in her room after her death. These pieces had unique punctuation and were unbound and arranged chronologically for their first publication, with standardized punctuation added to replace the dashes Dickinson frequently used. However, several researchers have worked to reconstruct the original fascicles and republish Dickinson’s poems with the original punctuation. Dickinson had a profound influence on poetry through her work and is considered alongside Walt Whitman as the founder of “a uniquely American poetic voice.”[1] 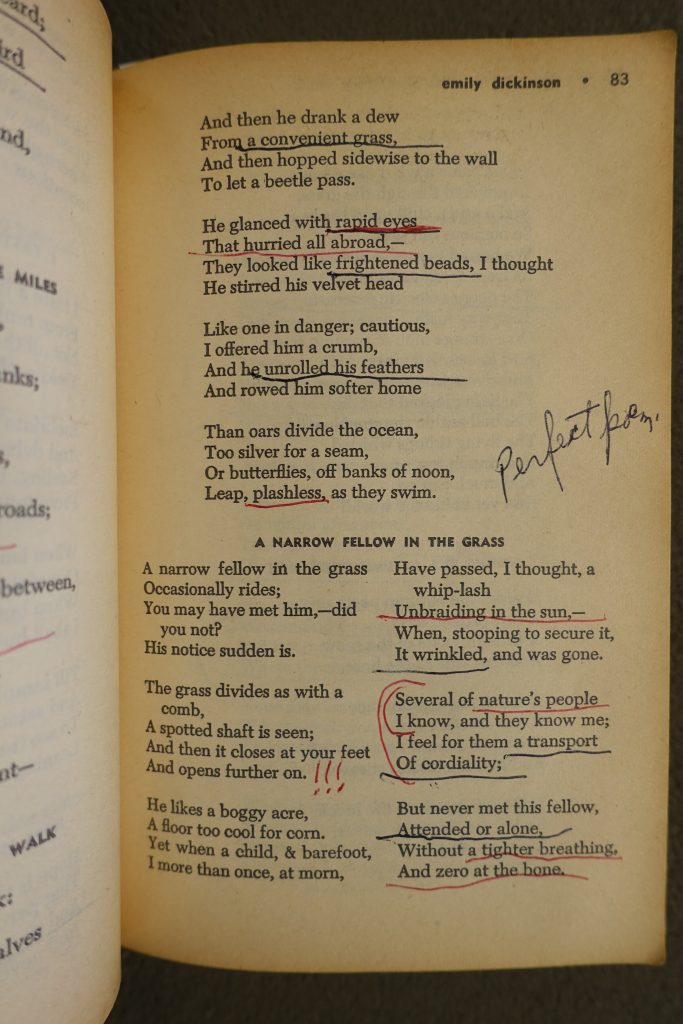 This image come from A Pocket Book of Modern Verse in Gwendolyn Brooks’ personal library. Brooks, herself an influential and acclaimed poet, made extensive annotations in most books that she read. This was especially true for works of poetry, in which Brooks would go so far as to rewrite lines in her own and other writers’ poems in the margins. Dickinson, however, seems to have held a special place in her eyes, and her annotations are highly complementary, even going so far as to call A Bird Came Down the Walk a “perfect poem.”