This week, we will be highlighting four women authors from our collection in honor of their birthdays. These authors wrote on a range of subjects, from gardening to slavery, and show the many different areas in which the Rare Book and Manuscript Library holds important histories. 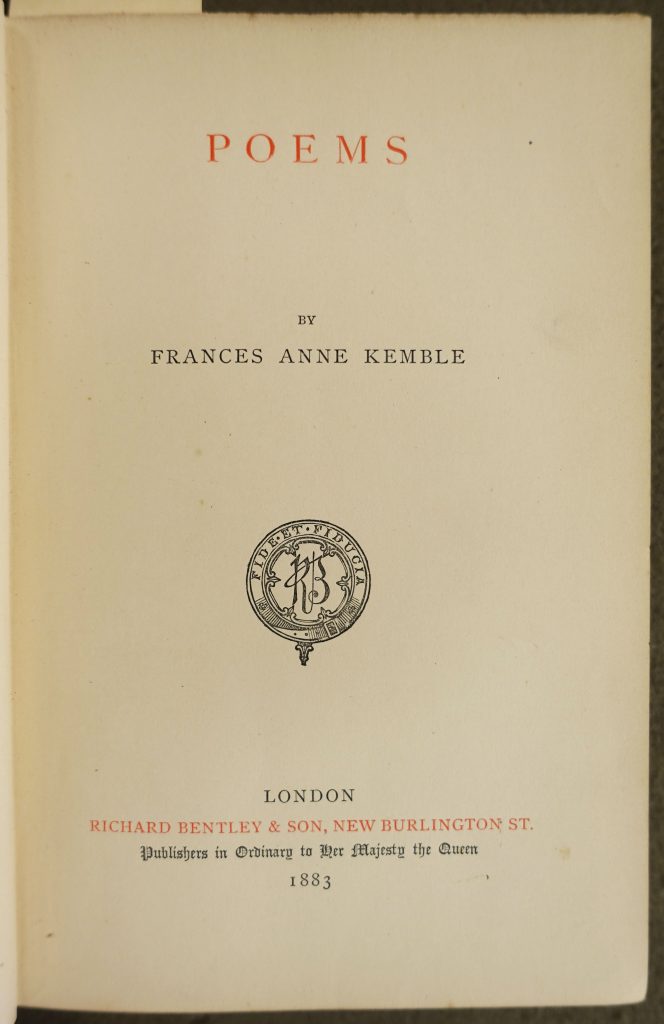 Fanny Kemble was born on this day in 1809 into a prominent British theater family and went on to become an accomplished actress, poet, and travel writer. Much of her writing was memoir, with editions of her letters and journals being published, though she did additionally write original poetry and play scripts. Her best known work was Journal of a Residence on a Georgian Plantation in 1838-1839, an account of her time living with her husband on his plantation in Darien, Georgia, and observing the poor treatment of the enslaved people. The work is considered abolitionist and anti-slavery, despite the fact that it still articulates racist prejudice against the enslaved people Kemble observed. 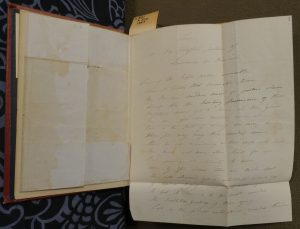 This book from our collection is a set of her poems published in 1883. This edition contains a manuscript letter written by Kemble to a Mr. Eckersall thanking him for hosting her in Oxford. It additionally contains a manuscript of a poem that is “as yet unpublished.” [Poems, by Frances Anne Kemble. 821 K31P1883]

Also born on this day in 1894 was Katherine Milhous, an American artist and writer best known for her picture books. Milhous was the child of printers in Philadelphia and was raised Quaker. After attending the Pennsylvania Academy of the Fine Arts and the Pennsylvania Museum School of Industrial Art, she studied art overseas for a year in 1934. When she returned to Philadelphia, she worked for the Philadelphia Federal Arts Project, which created posters to promote Pennsylvania and was part of the Works Progress Administration. Milhous’ designs were heavily influenced by the artistic style of the Pennsylvania Dutch, such as the traditional art of the hex signs which decorate Pennsylvania barns. These posters led to Milhous’ literary career; she was hired as a designer at Charles Scribner’s & Sons when Alice Dalgliesh, the head of the Children’s Book division, saw her posters at an exhibition. Dalgliesh and Milhous collaborated on many children’s books, while Milhous also wrote and illustrated many on her own. 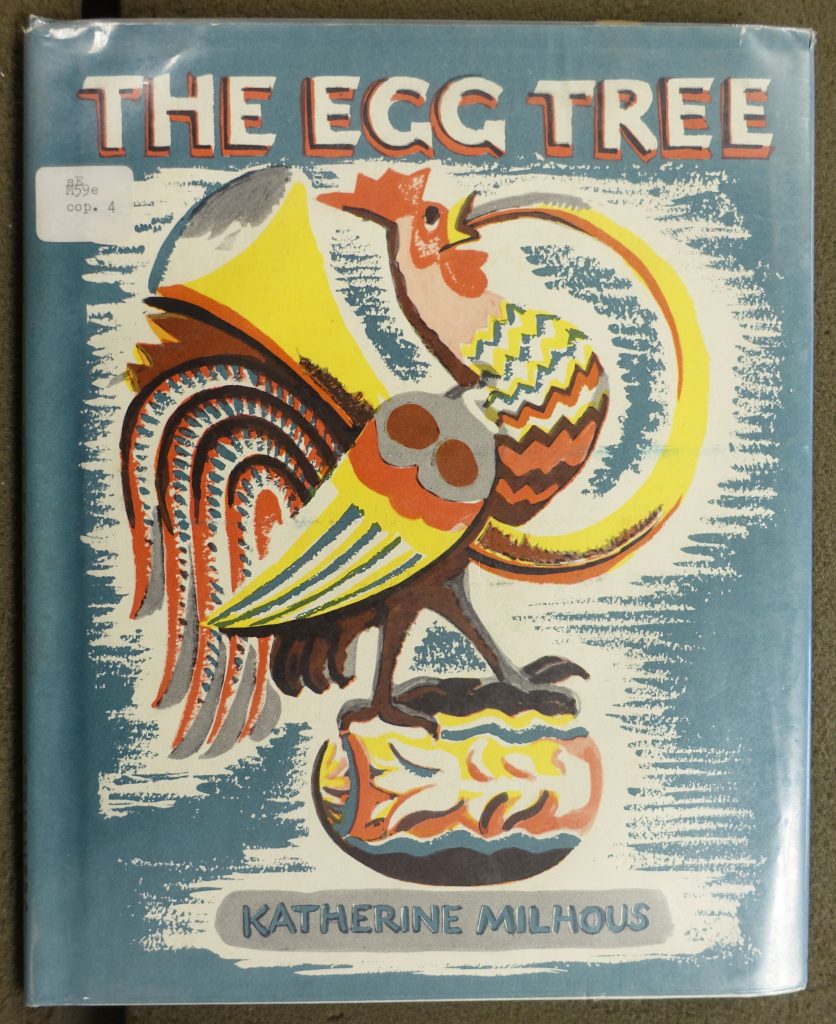 This book is The Egg Tree, a picture book that tells the story of a grandmother and her grandchildren decorating Easter eggs with traditional Pennsylvania Dutch designs. The book was awarded the Caldecott Medal in 1951, which is one of the most prestigious awards a children’s book can receive. It is awarded specifically to the illustrator of a children’s book. [The Egg Tree, by Katherine Milhous.  SE.M59E]