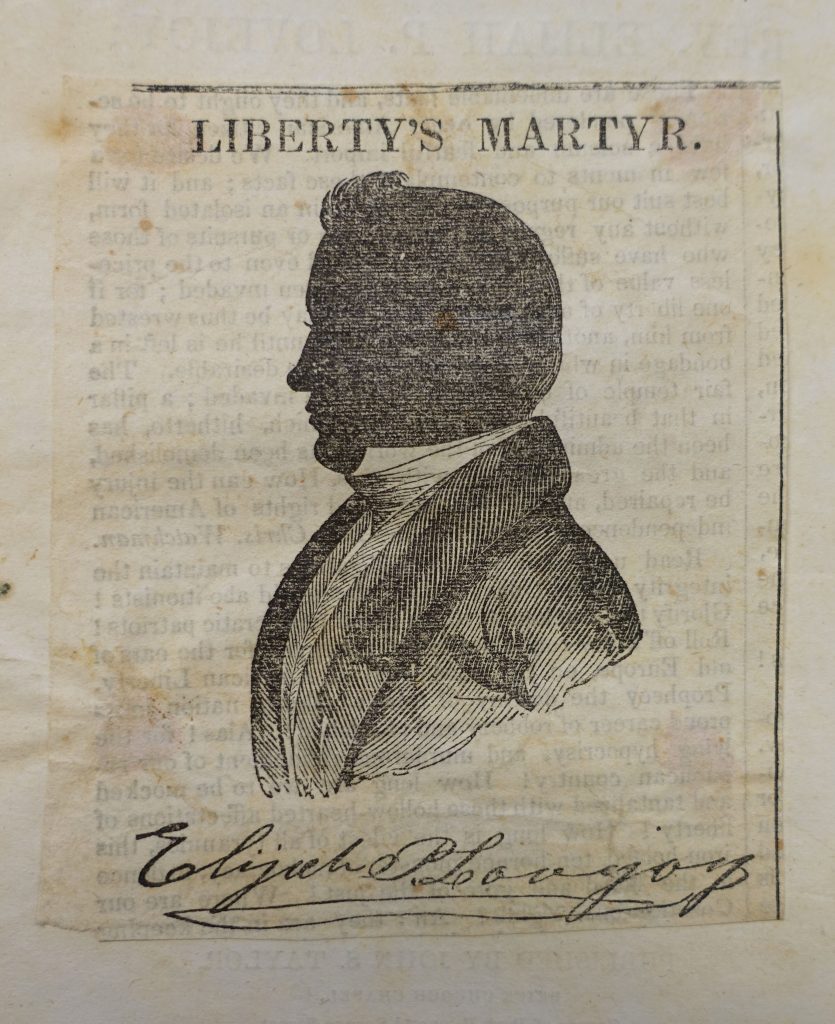 Elijah Lovejoy was a reverend and printer in Alton, Illinois, in the 1830s. He was the editor for the Alton Observer, a religious newspaper with a pro-abolition stance. His journey to Alton was not a smooth one. He had three printing presses destroyed before he settled in Alton—all three times the vandalism was in response to abolitionist editorials in his newspaper. On November 7th, 1837, a mob gathered outside of the warehouse that held his printing press. After exchanging gunfire with the crowd, Lovejoy was killed and his press was destroyed a fourth and final time. He was buried on November 9th, what would have been his 35th birthday. 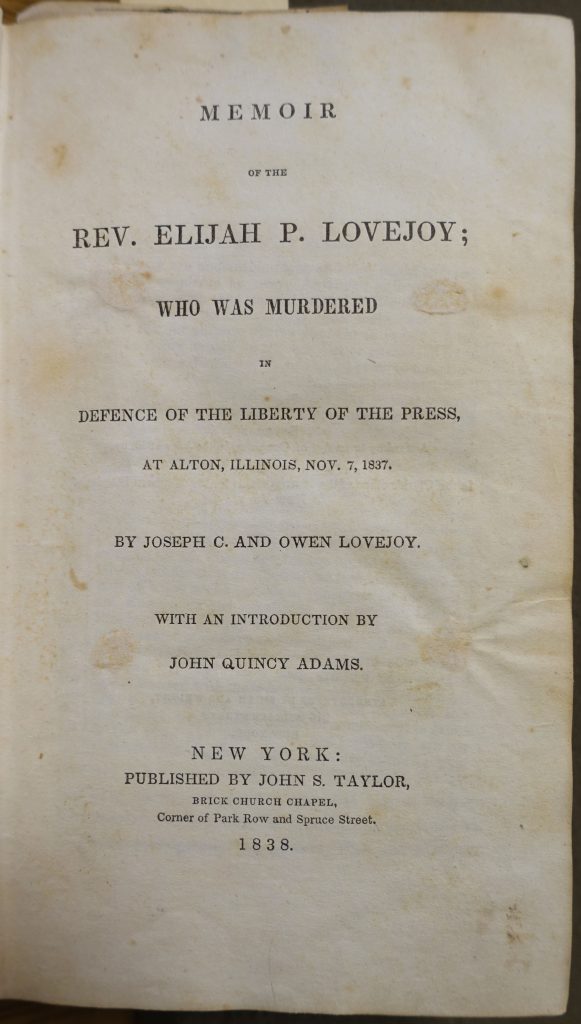 A year after his death, Elijah’s brothers Owen and Joseph published a memoir about his life and work as an abolitionist printer and minister. In the introduction, Owen and Joseph refer to their brother as a “martyr to the freedom of the press, and to the freedom of the slave.”[1] This book, along with several others published about the event, show that Lovejoy was well-respected in his community for his views and commitment to freedom. The Lovejoy brothers write that “the only valid accusation…against him is; that he too much revered the command, ‘Thou shalt love thy neighbor as thyself.’”[2] 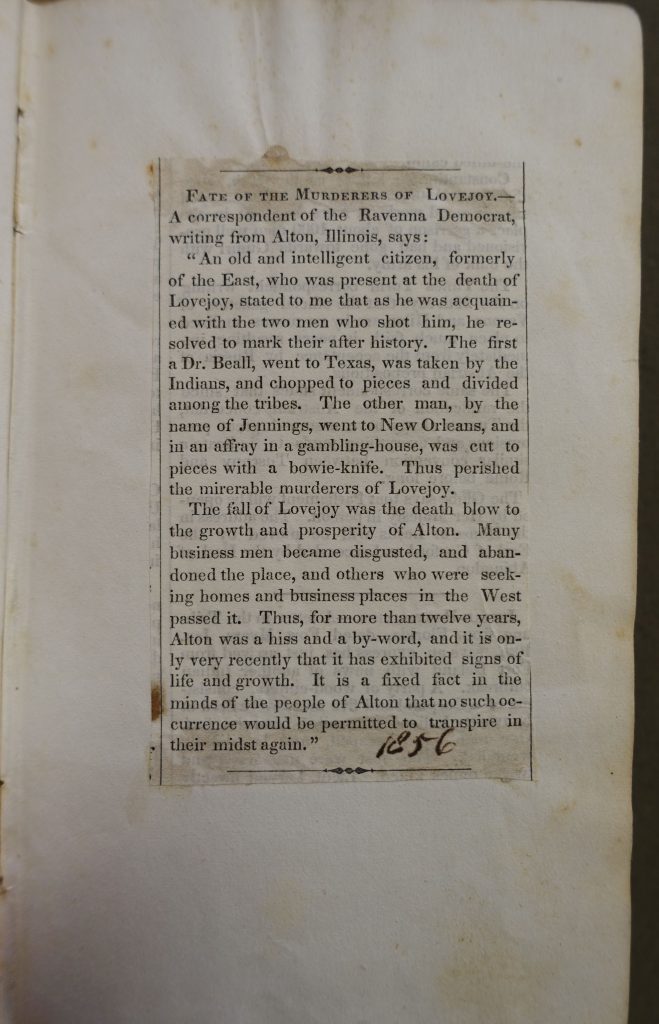 According to the newspaper clipping pasted into this copy, Lovejoy’s murderers soon met their own gruesome fates. The clipping also recounts how Lovejoy’s murder gave Alton a bad reputation in the area and caused many to move away altogether. Lovejoy’s legacy outside of Alton is one of journalistic freedom and fearlessness, due to his commitment to writing against slavery despite the attacks that ultimately ended his life.