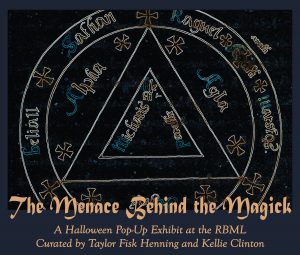 Twenty years ago, J.K. Rowling’s Harry Potter and the Sorcerer’s Stone was first published in the United States. The book, followed by six more volumes in the Harry Potter series, soon became a cultural phenomenon which led to eight films, numerous video games, a stage play, amusement parks, an interactive website, and spin-off books and films which are still in production today. Beloved by children and adults alike, the books have been translated into 80 languages and Harry Potter has become the best-selling book series of all time.­­

Along with the worldwide success of the series has also come controversy. As the books progressed, some readers leveled criticism at their increasingly dark tone and claimed they were inappropriate for children. Religious groups have argued that the magic in Harry Potter resembles occultism and Satanism. Supporters of the series have likened the themes of the texts to fantasy and fairy tale magic rather than occultism. They have also pointed to the Christian references in the final novel to counter these religious claims and some have even interpreted Harry Potter as a sacred text.

The Menace Behind the Magick will be on display from October 25 to November 7, 2018. It encompasses Halloween, the fateful night when Harry received his lightning bolt scar. The exhibit examines the Harry Potter universe and considers the controversies surrounding the series. For those still waiting on their letters from Hogwarts, the exhibit also highlights subjects studied in the school of witchcraft and wizardry, including the history of magic, alchemy, potions, astronomy, divination, and the study of magical creatures. There is no doubt that Rowling found inspiration in works such as these in creating Harry Potter. Today, you can examine them for yourself and attempt to bring some Hogwarts magic to the muggle world.