55 years ago, on September 15th, 1963 , white supremacists bombed the 16th Street Baptist Church in Birmingham, Alabama, killing four young girls and injuring 23 other children. It was Youth Day at the church and the children were gathered in the basement when the bomb went off. The church was a hub of activity for the African American community in Birmingham and was often used as a meeting place for civil rights groups in the early 1960s. For this reason, white supremacists, angry about Birmingham’s recent desegregation, chose the church as a target. The brutal attack and the deaths of the four young girls drew attention and support to the ongoing civil rights movement.[i]

This broadside, published by Broadside Press in 1965, features a poem written by Dudley Randall titled “Ballad of Birmingham.” It is the earliest broadside printed by the press which was founded in the same year by Randall, a librarian at the University of Detroit. Randall used the press “to cultivate the work of African American creative writers” and published broadsides specifically to make the works affordable, typically selling them for a dollar or less.[ii] You can view 118 of the broadsides printed by Broadside Press at the Rare Book and Manuscript Library.

“Ballad of Birmingham” honors Addie Mae Collins (age 14), Denise McNair (age 11), Carole Robertson (age 14), and Cynthia Wesley (age 14), who were all killed by the explosion. Sarah Collins, Addie Mae Collins’ sister, was among 22 other children in the church who were wounded but survived the bombing. 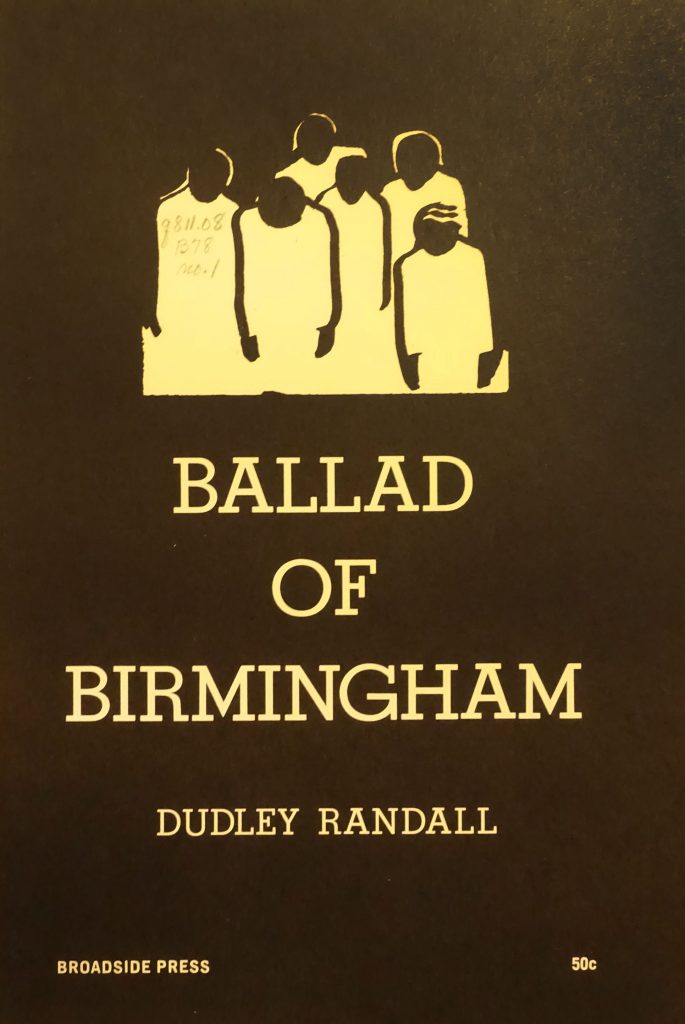