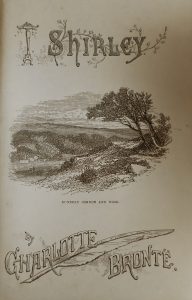 On this Day: Charlotte Brontë dies, 1855 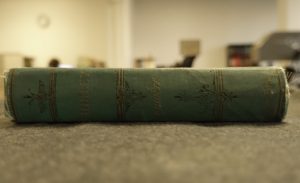 Perhaps no family has left the same kind of mark on English literature as the Brontë sisters. Charlotte (1816-1855), Emily (1818-1848), and Anne (1820-1849) were all accomplished poets and authors, best known for Charlotte’s Jane Eyre (1847), Emily’s  Wuthering Heights (1847), and Anne’s The Tenant of Wildfell Hall (1848).  The Brontë sisters were three of six siblings who grew up in the village of Haworth in the West Riding of Yorkshire, England. They had two elder sisters, Maria and Elizabeth, both of whom died during childhood. They also had a brother, Patrick Branwell (1817-1848), who was an artist and architect. 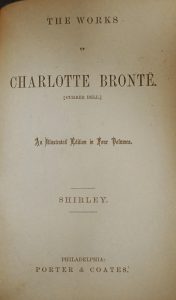 Charlotte was the eldest of the surviving Brontë siblings, and the Brontë who enjoyed the most success for her literary work. After publishing Jane Eyre under the pseudonym Currer Bell in 1847, Charlotte published two more novels, Shirley (1849) and Villette (1853), before marrying Arthur Bell Nicholls in 1854. Less than a year into her marriage, Charlotte died due to complications from tuberculosis and hyperemesis gravidarum (severe morning sickness). Her first novel, The Professor, which was originally rejected for publication, was published posthumously in 1857. 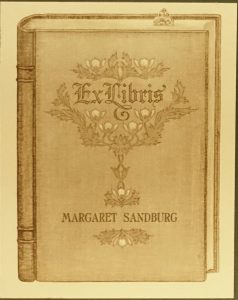 This copy of Brontë’s second novel Shirley belonged to Carl Sandburg’s oldest daughter, Margaret Sandburg (1911-1997). Margaret served as the librarian at Connemara and helped edit many of her father’s works. In a 1953 letter to Alfred Harcourt, Carl Sandburg wrote: “Margaret has become widely read, a scholar who often surprises me with her erudition, knows the Bible and Shakespeare better than I do.”