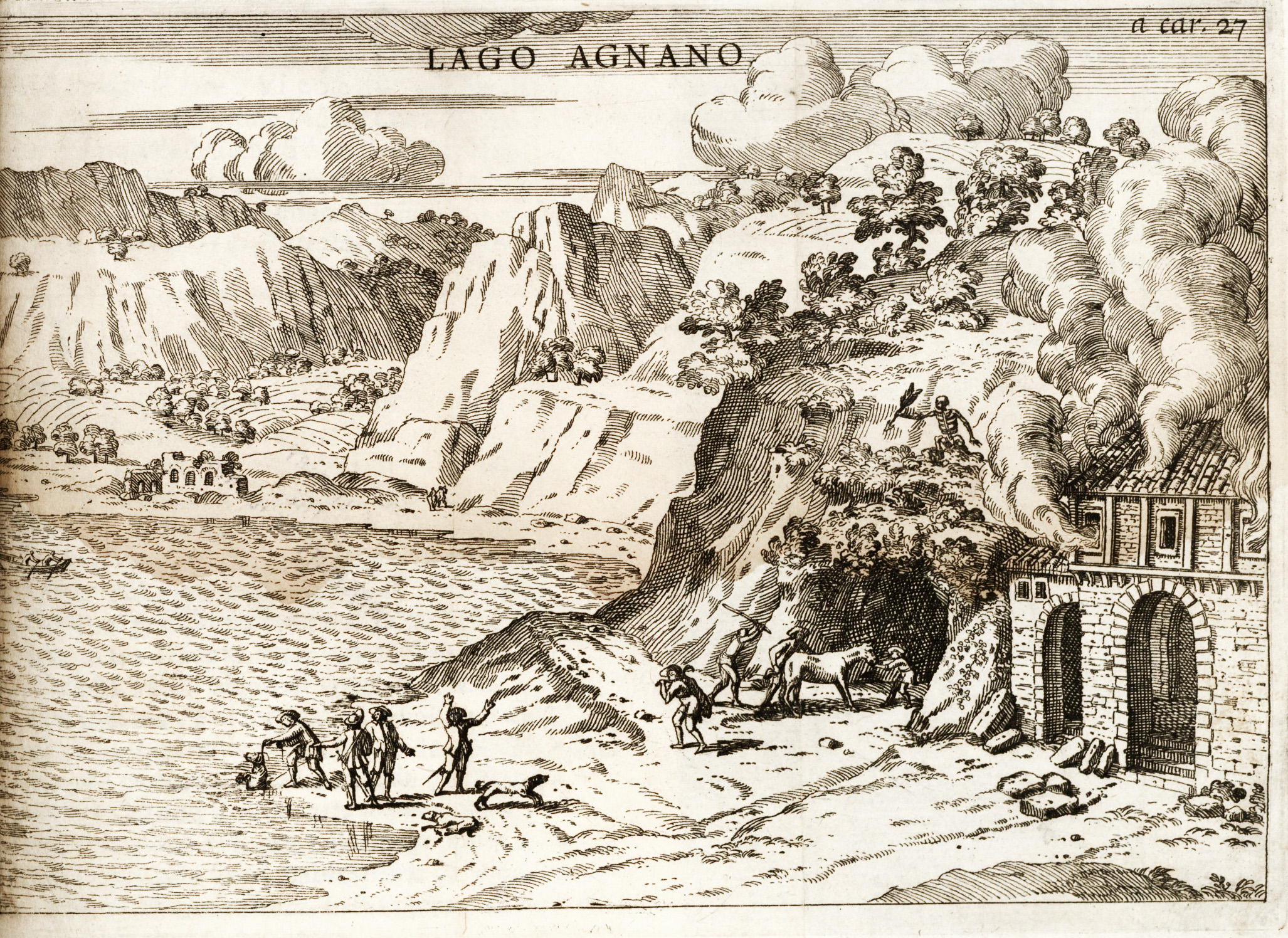 Next time you’re in Naples, why not take a side trip to the Grotta del Cane (Cave of the Dog)? As you can see from this engraving from the 1652 edition of Giulio Cesare Capaccio’s La vera antichita di Pozzuolo, it looks like quite the tourist trap. The Cave of the Dog takes its name from the fact that in bizarre experiments, dogs were exposed to carbon dioxide fumes that rose up from below. The carbon dioxide was most concentrated near the ground, so dogs brought into the cave would soon pass out from breathing in the noxious gas. On the bottom left you can see a man dunking a dog into Lake Agnano to revive it. Another lifeless dog lies on the shore. Men are goading a horse to take its turn in the deadly cave. (Note Death sitting atop it about to cast his dart!) The building to the right of the cave is a sauna. 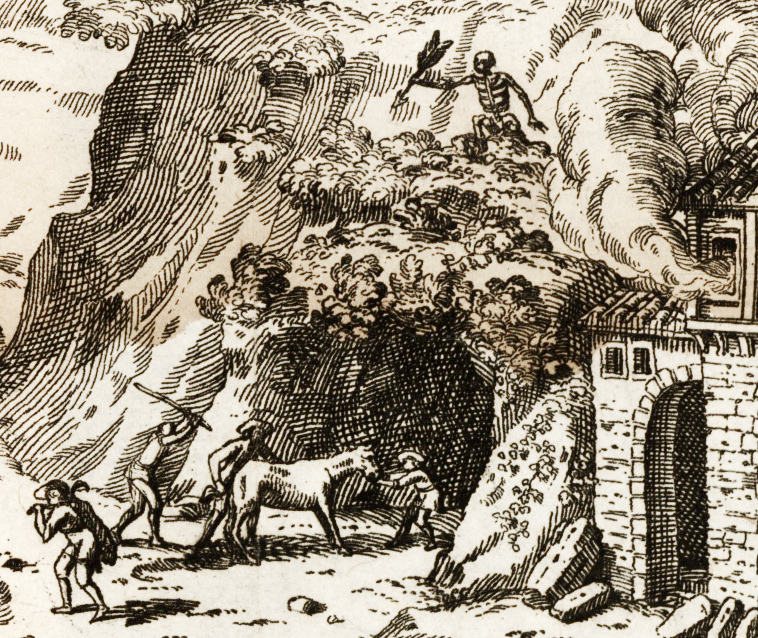 Capaccio describes similar caves, such as the “Mouth of Pluto” (or “Gate of Hell”) in Hierapolis, now in modern-day southwest Turkey, and quotes from the ancient Greek geographer Strabo, who had visited it: “Any animal that enters instantly dies. At any rate, bulls that are led inside collapse and are dragged outside dead; and I threw in sparrows and they immediately breathed their last breath and fell” (Geography 13.4.14). Travelers on the Grand Tour, such as Joseph Addison and Goethe, wrote of their visits to the cave; Addison’s is the perhaps the most vivid (Remarks on Several Parts of Italy, 1705):

The Natural Curiosities about Naples are as numerous and extraordinary as the Artificial. I shall set them down, as I have done the other, without any regard to their Situation. The Grotto del Cani is famous for the poisonous Steams which float within a Foot of its Surface. The Sides of the Grotto are mark’d with Green, as high as the Malignity of the Vapour reaches. The common Experiments are as follow: A Dog, that has his Nose held in the Vapour, loses all Signs of Life in a very little time; but if carry’d into the open Air, or thrown into a Neighbouring Lake, he immediately recovers, if he is not quite gone. … I observ’d how long a Dog was in Expiring the first time, and after his Recovery, and found no sensible difference. A Viper bore it Nine Minutes the first time we put it in, and Ten the Second. When we brought it out after the first Trial, it took such a vast quantity of Air into its Lungs, that it swell’d almost twice as big as before; and it was perhaps on this Stock of Air that it liv’d a Minute longer the second time. Doctor Connor made a Discourse in one of the Academies at Rome upon the Subject of this.

To see what the cave looks like today, visit Napoli Underground’s page dedicated to the subject. DHA 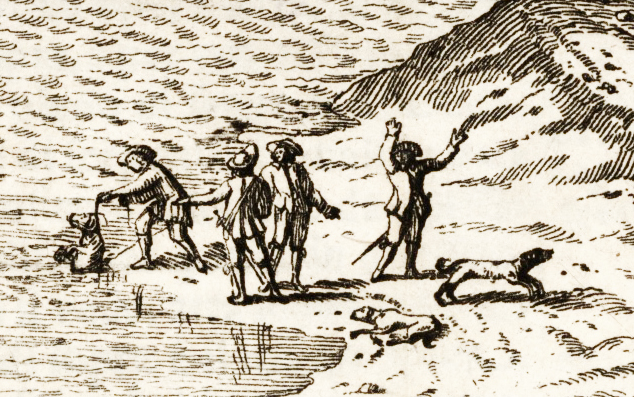 Updated on March 8, 2021 by William Weathers