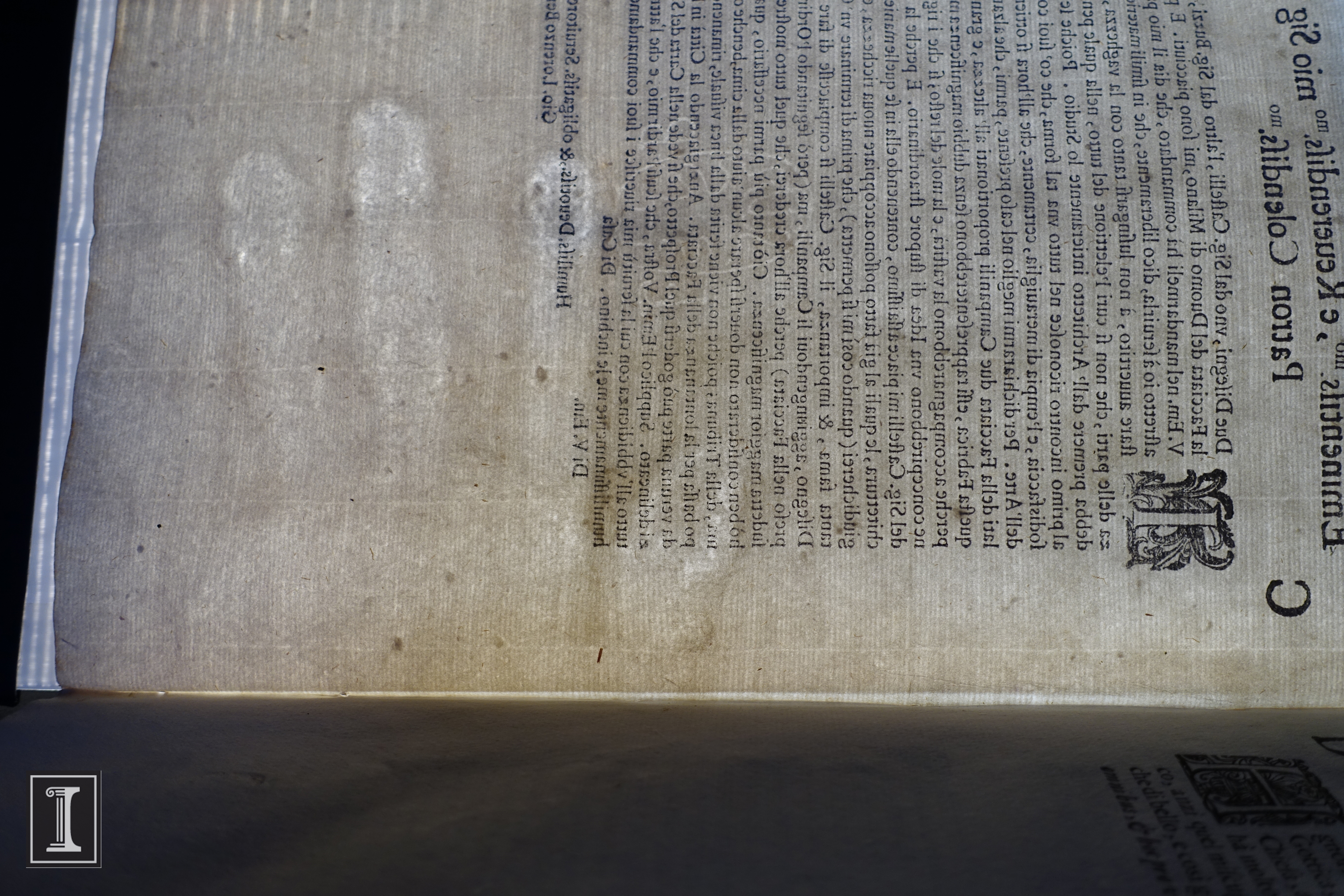 While cataloging this title from the Cavagna Collection – Per la facciata del Duomo di Milano (ca. 1657) – I came across something I’ve never seen before in a book from the handpress period: a handprint embedded in the paper fibers! Is it the vatman’s hand, who scoops the cotton rag pulp into the mould? Or the coucher’s, who transfers the drained pulp from the mould to felt beds to be pressed? Or the printer’s, who dampens the dried paper slightly before printing? Handmade paper from this period already bears witness to the papermaking process, with laid and chain lines from the wire mesh of the mould, felt marks from the textiles used to press the paper, and the papermaking firms’ watermarks, but evidence of the craftsman’s hand is rarely so overt. 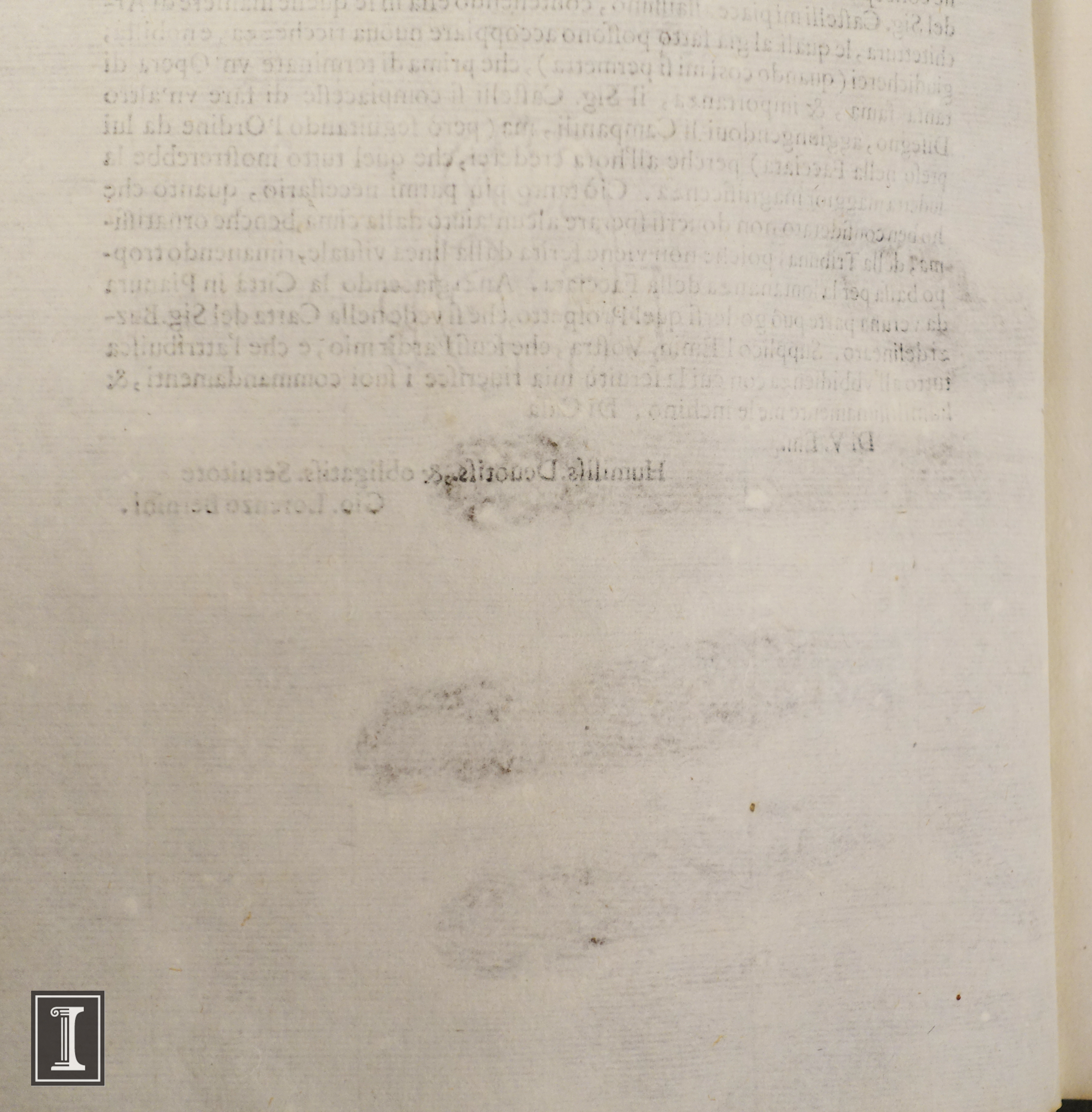 By closely examining a blank leaf with a light sheet, many clues to the origin of the paper can be gleaned. The watermark with initials FB is unidentified, but the design is unsophisticated; given the book’s scope, it is likely that the paper came from a Milanese papermaking firm of middling standing. The blank leaf also reveals imperfections in the formation of the paper, such as undispersed bundles of coarse fiber, also indicating a lower quality papermaking firm. 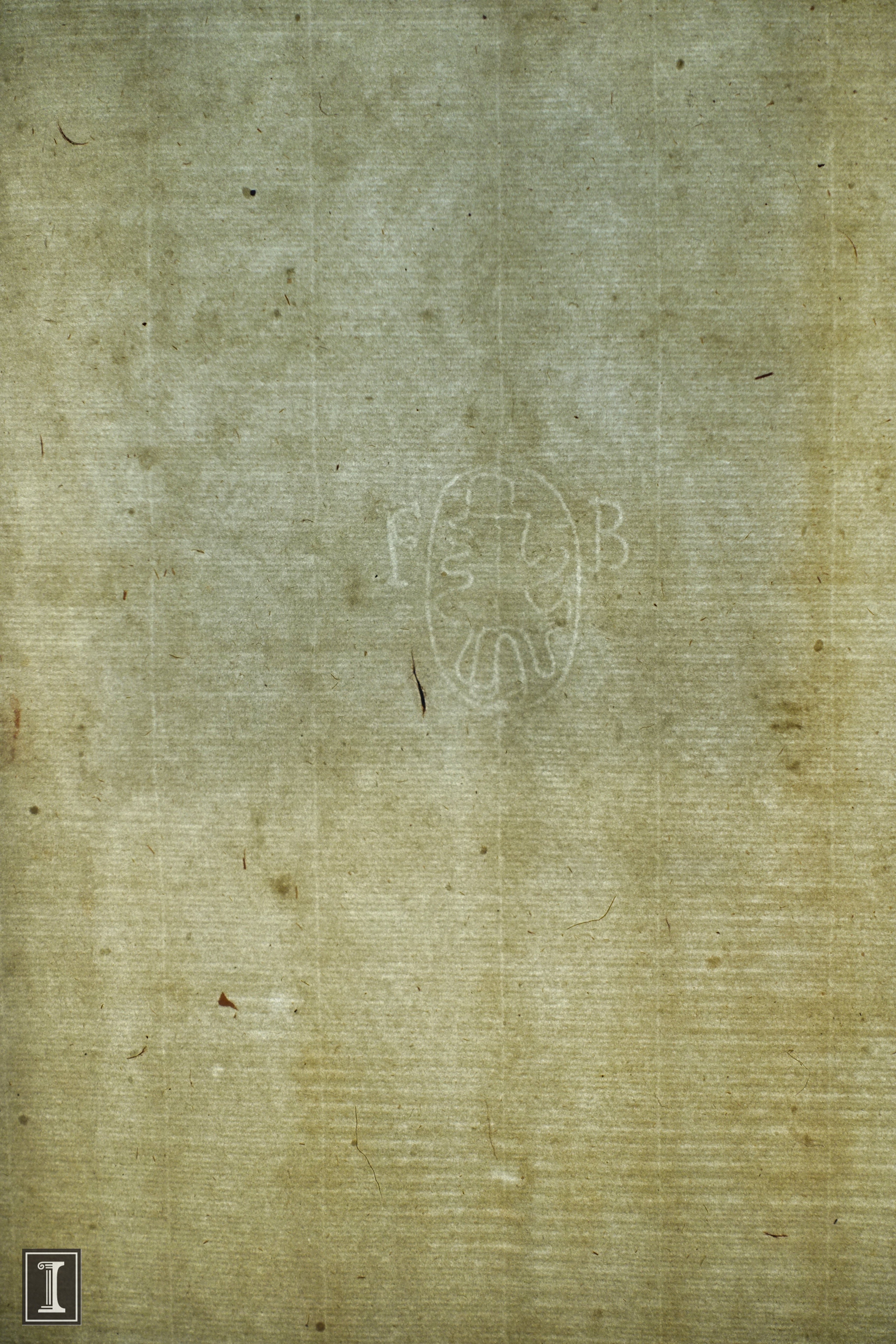 Alongside the handprint, the work also documents a very interesting time in mid-seventeenth-century Milan and in the history of its famous cathedral. 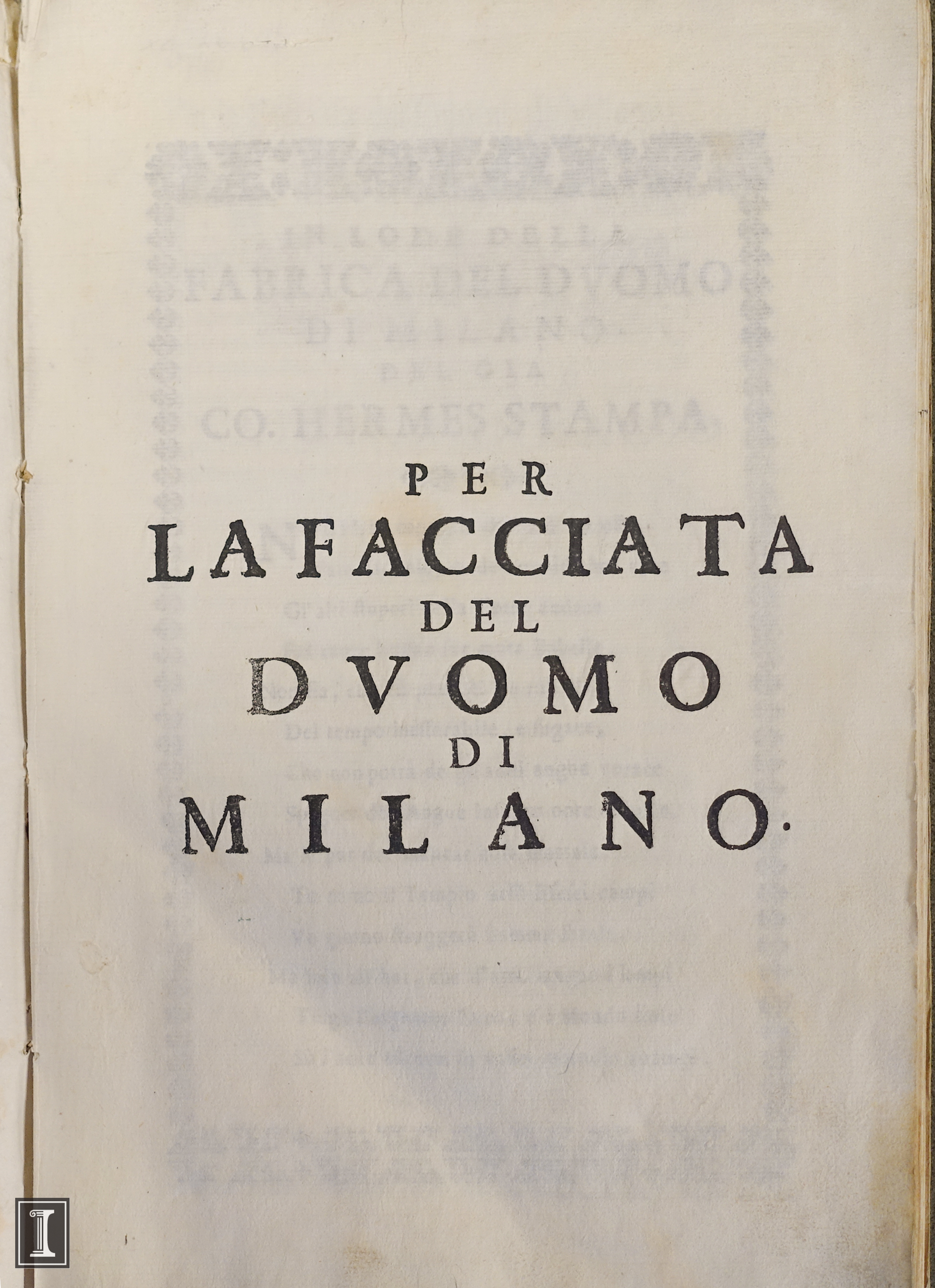 The title page bears no imprint, as it is a collection of opinions and designs for the renovation of the façade of the Duomo, with each contribution likely originating independently before being gathered together under the collective title. Contributors included Francesco Castelli, Francesco Maria Richini, Carlo Buzzi, and Gian Lorenzo Bernini.

Per la facciata del Duomo di Milano demonstrates that the cathedral’s façade was a major concern for the citizens of Milan and that architects were planning to demolish and replace the fifteenth-century façade well before actual work on it began in 1683. Over a century later a design was finally settled on—one that incorporated Carlo Buzzi’s seventeenth-century design—and work initiated by Napoleon began in 1791. The renovation of the façade was completed in 1813. 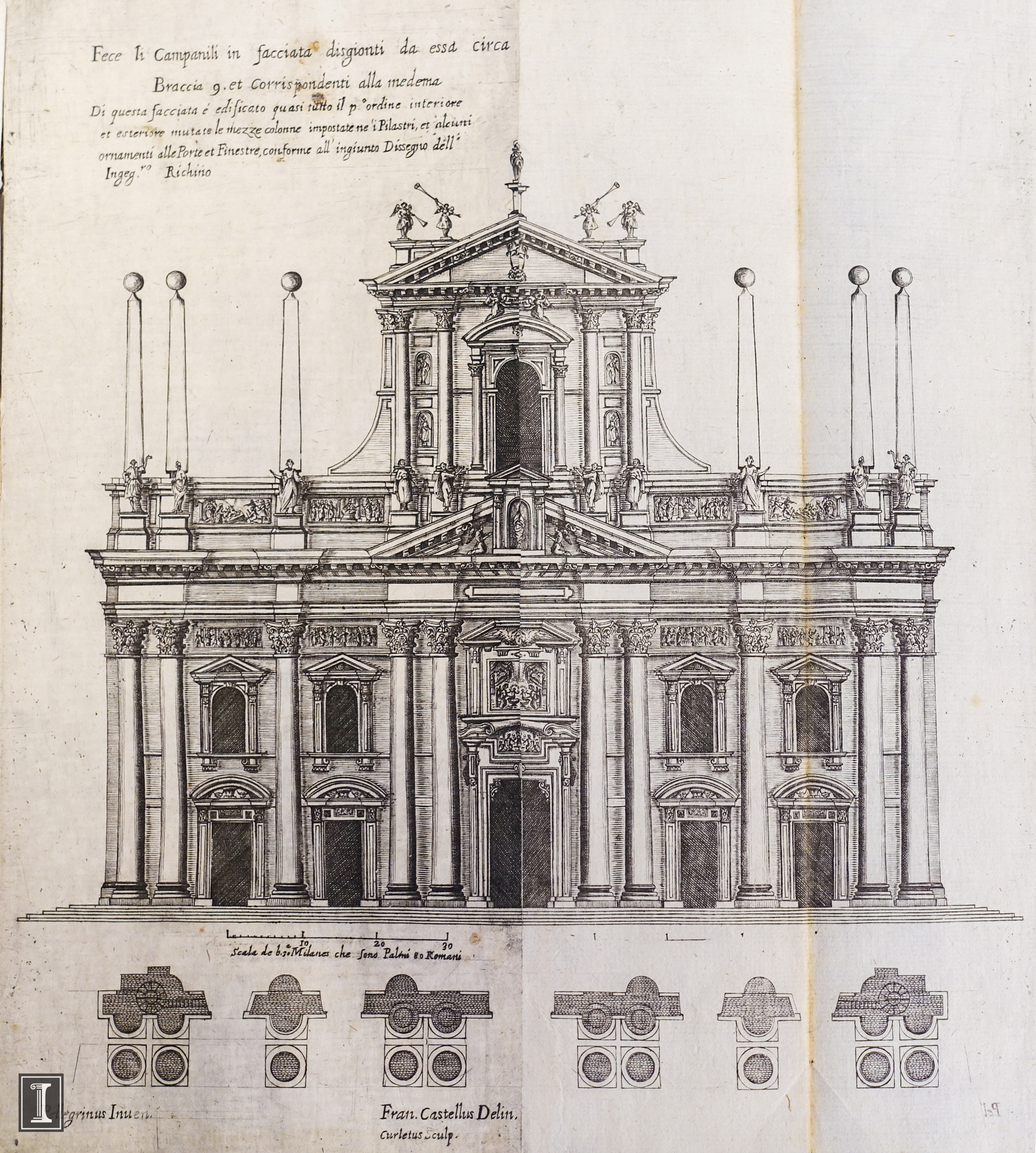 Wait—there’s more. One of the six engraved illustrations has flaps that reveal alternate plans for the design of the façade! CMO 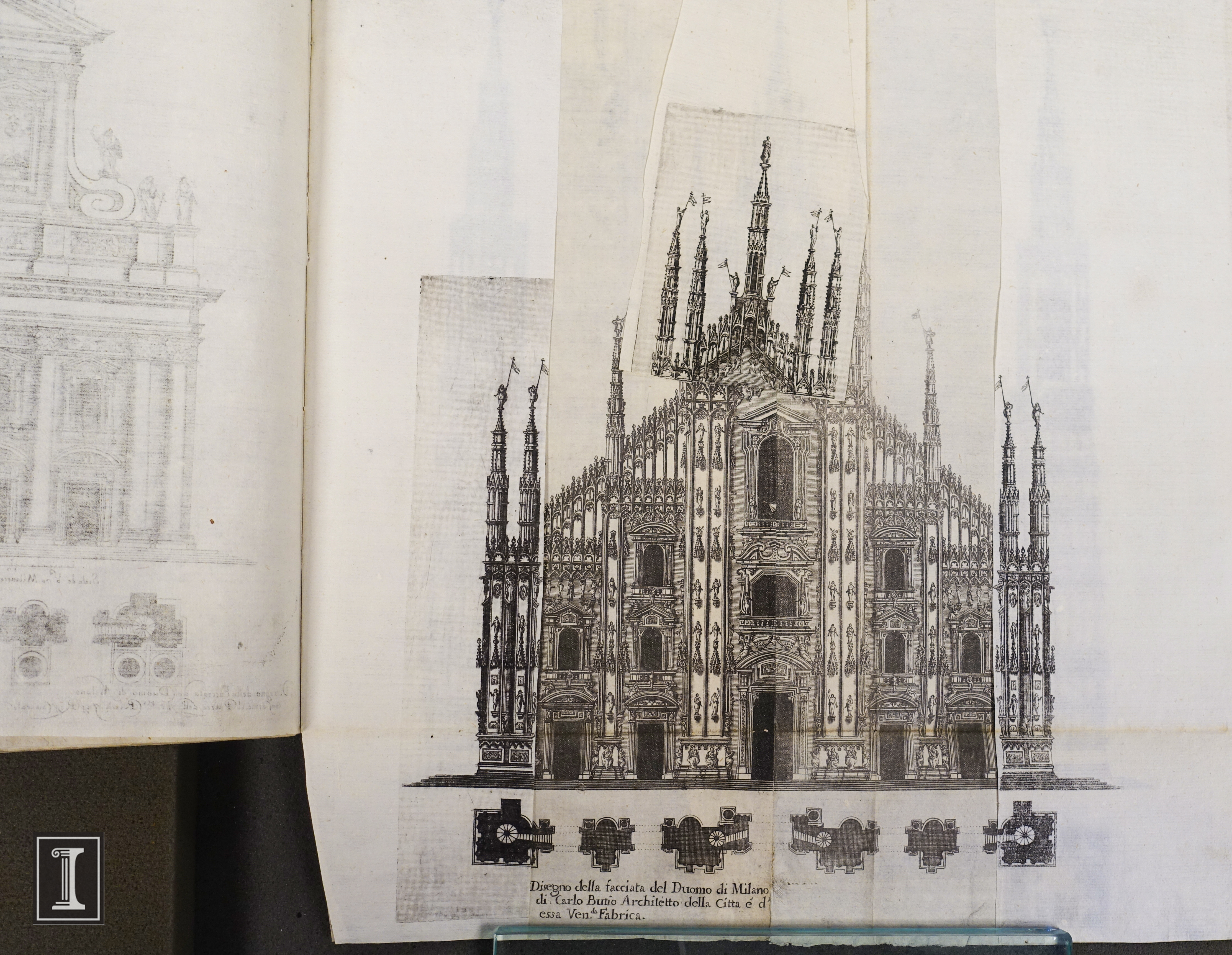 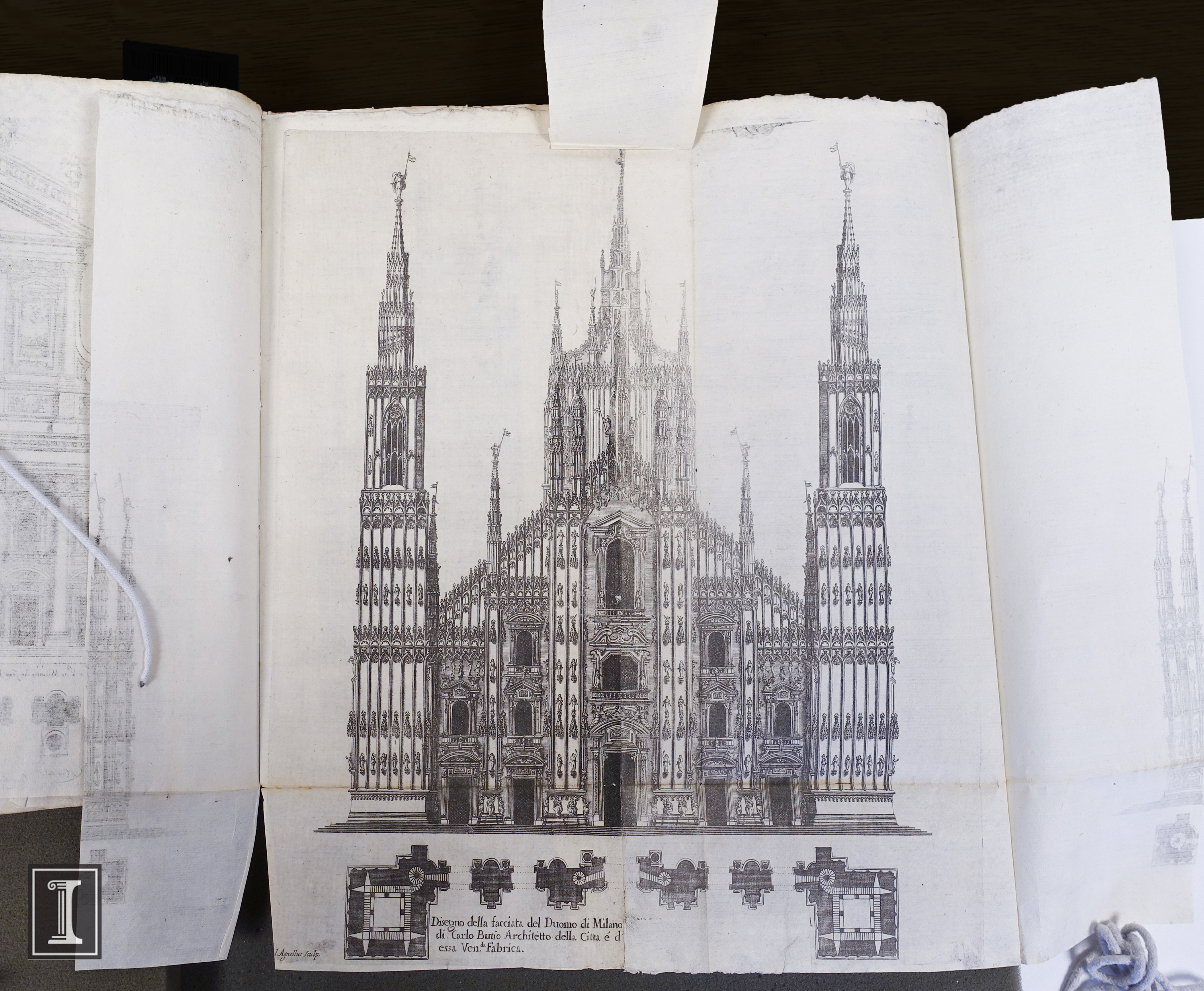 2 thoughts on “Putting the Hand back in Handpress”