We’ve talked in past Tumblr posts about the history of bookbinding. In the early years of book production it was incumbent upon an owner to have the book bound after purchase, but by the 1800s publishers were issuing books in pre-made, plain-cloth bindings. Some bindings were more extravagant, with gilt accents and blind-tooled designs on the covers. These more elaborate bindings reached their epoch between 1870 and 1930. Designs were rendered in full color on front covers and spines, and often reflect the aesthetic trends of the era: Arts & Crafts, Art Nouveau, and Art Deco. The illustrations can be pictorial in nature as well, featuring people and animals. They also frequently include the monogram of the artist. In fact, some artists were so popular that publishers even used their names to market books. 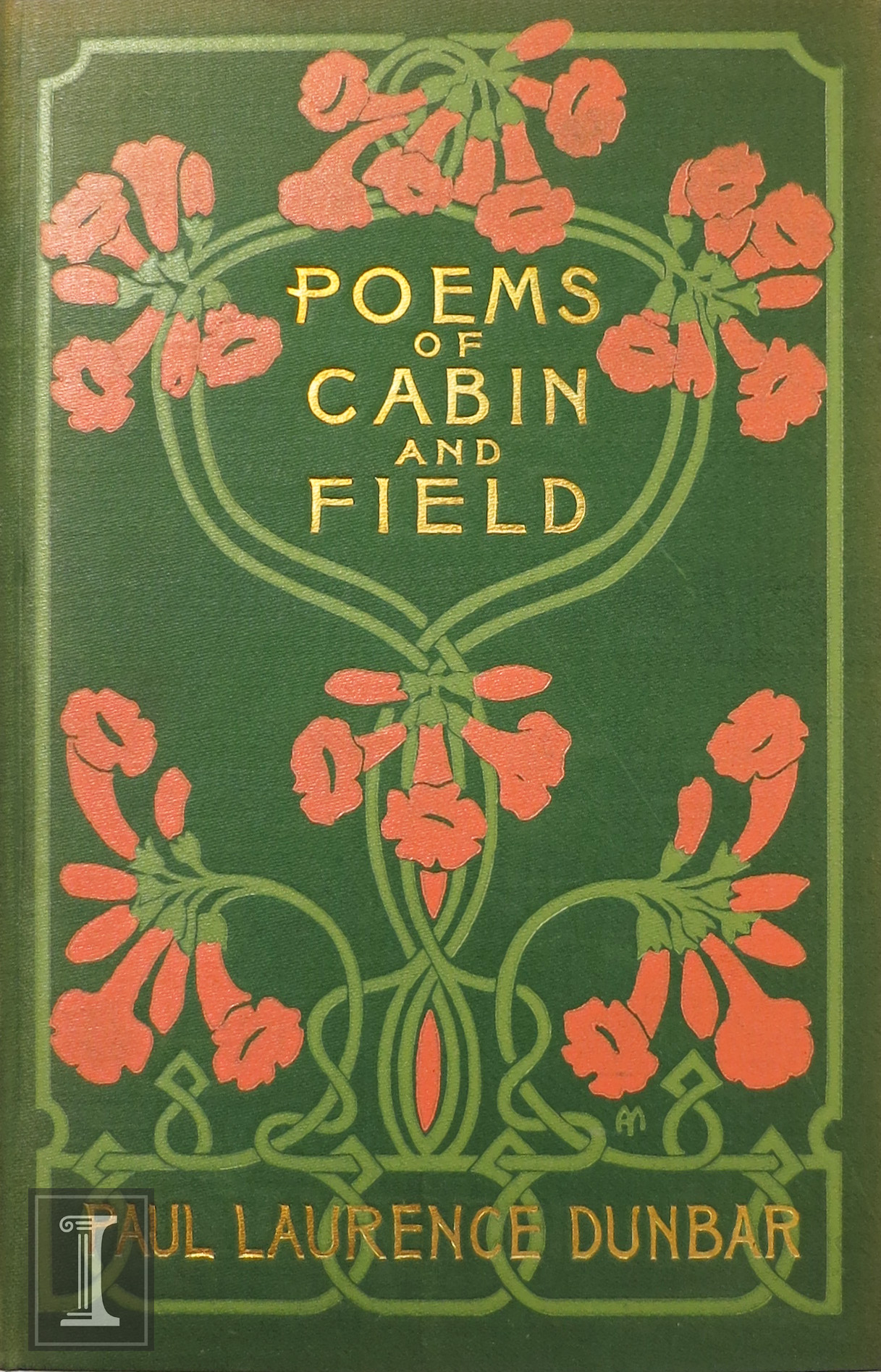 These three poetry collections by poet Paul Laurence Dunbar exemplify illustrated publishers’ bindings. The colors are eye-catching and vivid, the floral designs symmetrical. Gilt offsets the titles and the author’s name. Publishers’ bindings are noteworthy as an industry in which women predominated. The bindings for Candle-Lightin’ Time and When Malindy Sings are by artist Margaret Armstrong, who produced over 150 illustrated bindings. Her distinctive MA monogram can be glimpsed in the upper-right corner of When Malindy Sings. The binding for Poems of Cabin and Field is by Alice Cordelia Morse, who once worked for Tiffany studios. Morse designed approximately 80 bindings over the course of her career. The illustrations do not appear to have any particular link with the theme of Dunbar’s books, since similar designs can be found for a variety of literary works. 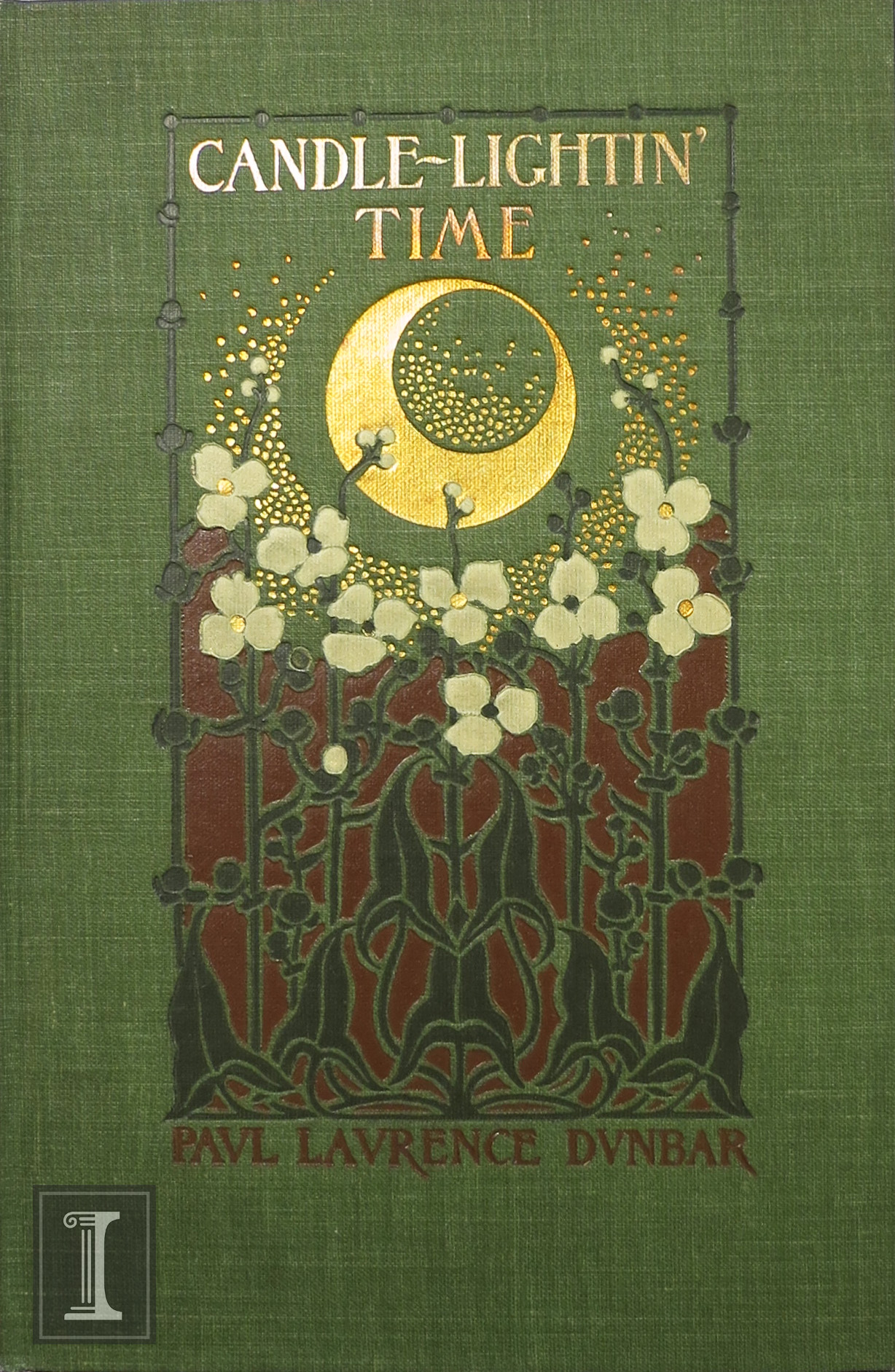 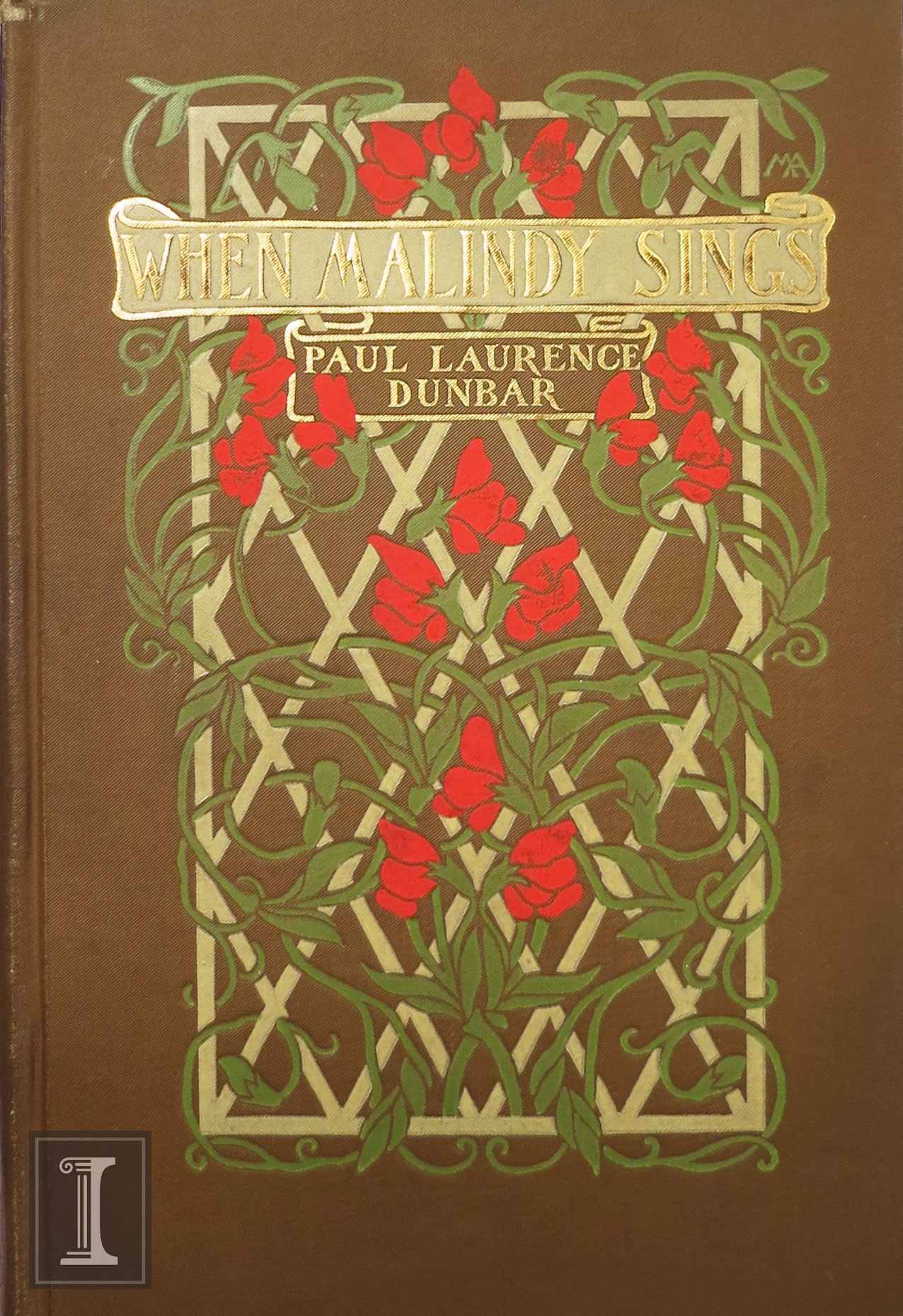 Paul Laurence Dunbar, born in 1872, published over fifteen books before his death in 1906, and received acclaim from personalities such as poet James Whitcomb Riley, abolitionist Frederick Douglass, and William Dean Howells, who praised Majors and Minors, a volume of poems written both in standard and dialect English. For more on Dunbar, see http://www.poetryfoundation.org/bio/paul-laurence-dunbar and http://www.poets.org/poetsorg/poet/paul-laurence-dunbar.

These books are drawn from the expansive Meine Collection, profiled recently. The Meine Collection includes numerous examples of illustrated publishers’ bindings, as well as other works by Paul Laurence Dunbar. SL