Last week on our tumblr, we featured our copy of the Book of Esther to mark the beginning of Purim. When the Spanish Inquisition was established in 1478, many Jews outwardly converted to Catholicism but continued practicing Judaism in secret. Known as anusim, or crypto-Jews, they inserted certain Jewish traditions into Catholic practices. One such syncretism involved transforming Esther into a saint. When the Catholic Church formally recognizes someone as a saint, that person is canonized; those not canonized (like Esther) but deemed to be “completely perfect in holiness” may be referred to as saints in Catholicism. Crypto-Jews took advantage of this loophole, and continued celebrating Purim by reinventing it as the “Festival of Saint Esther.”

These two works, a collection of poems and a broadside sonnet, are examples of Crypto-Jewish commemoration of Saint Esther in Turin, Italy in the 18th century. Descendants of anusim continue their practices to this day, especially in Italy, Spain, Portugal, Latin America, and the American Southwest. NE 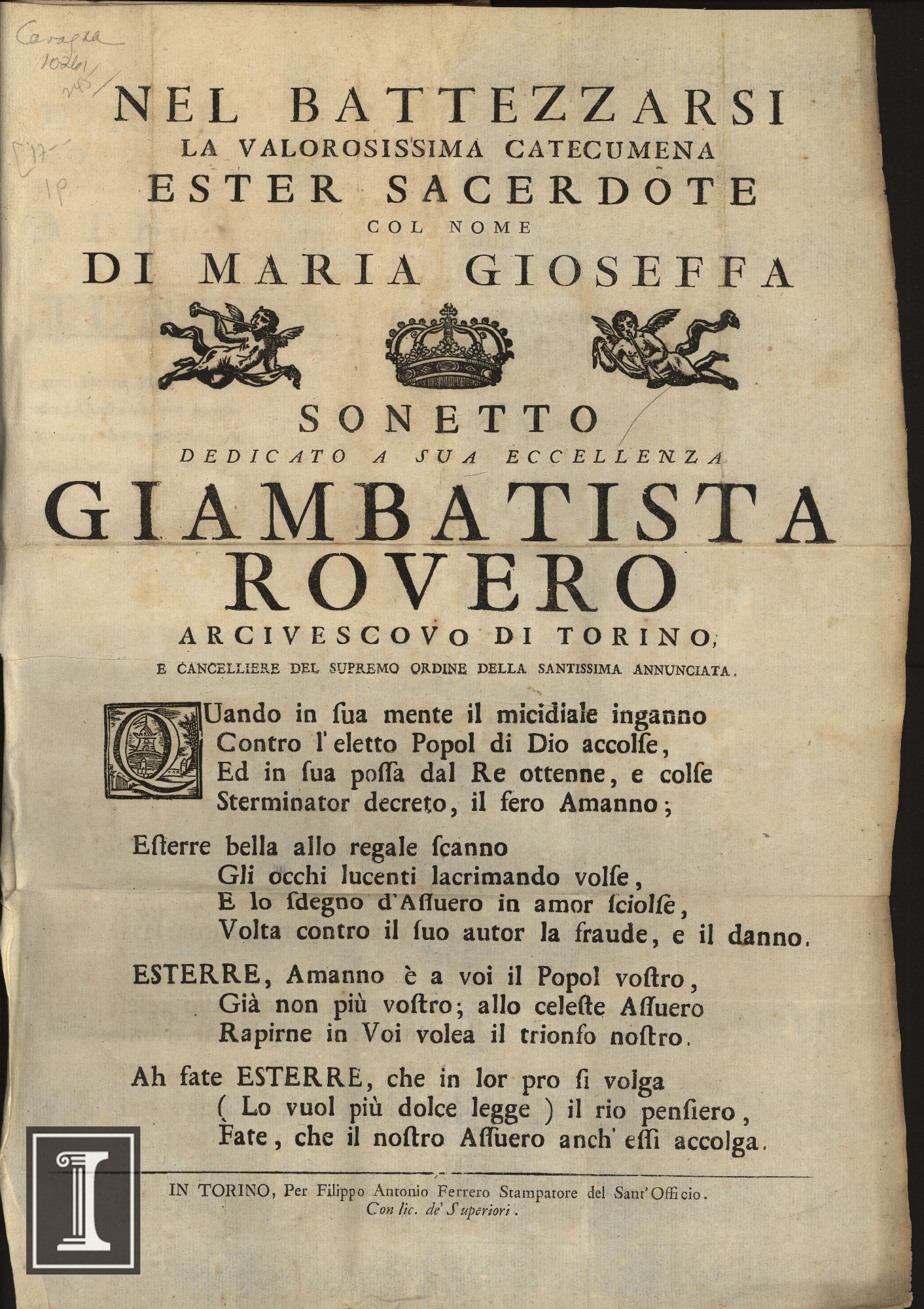 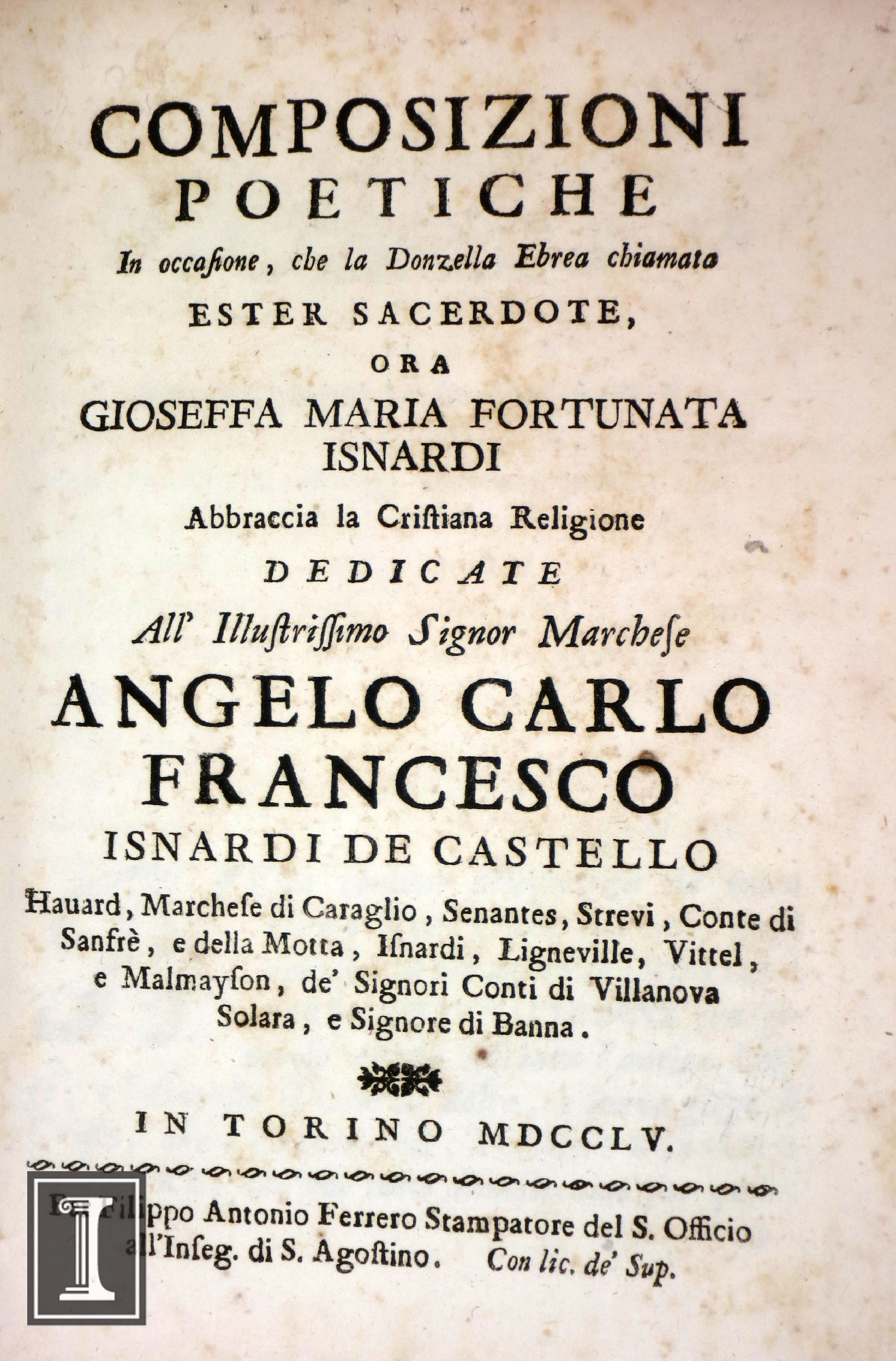