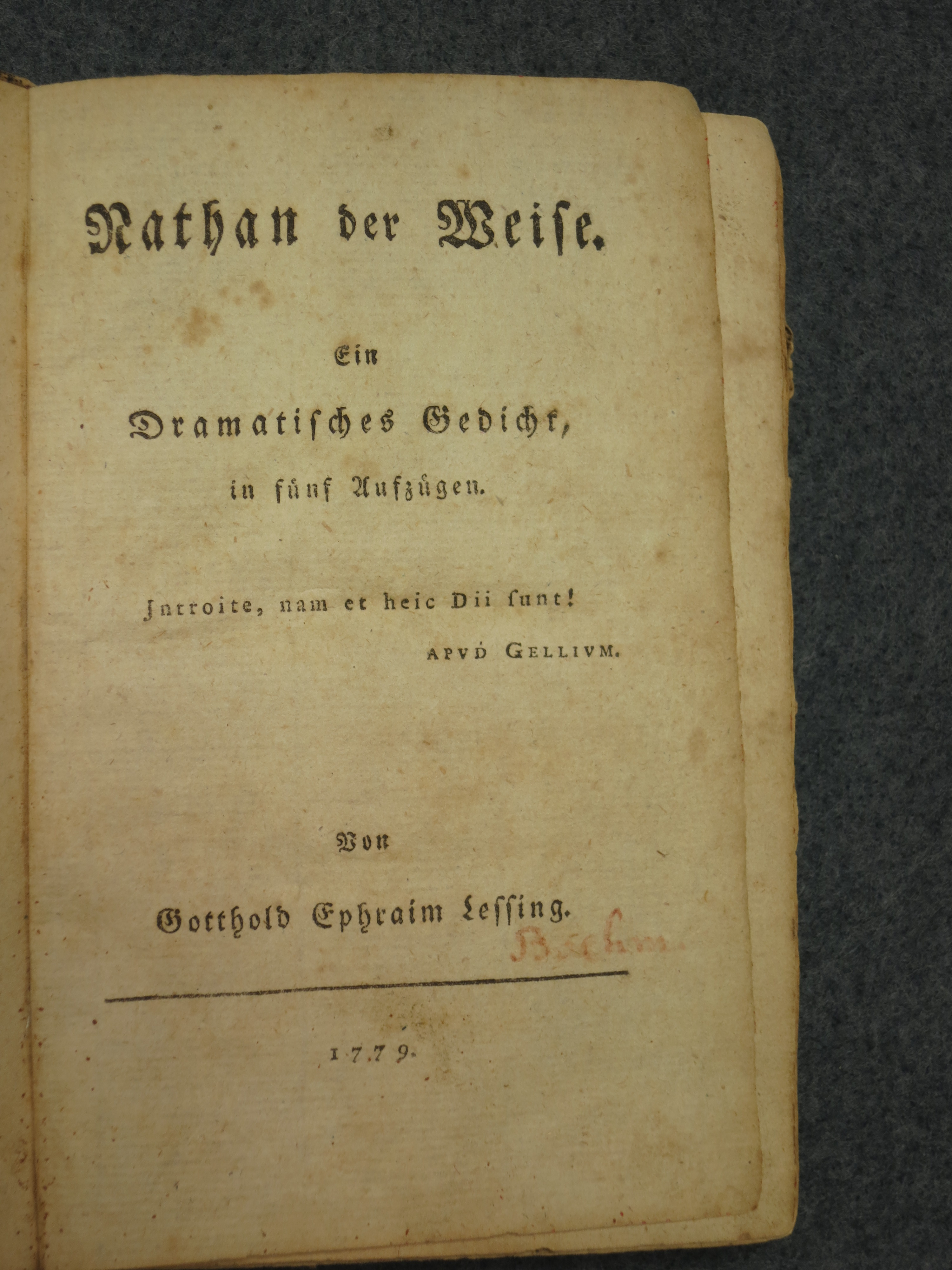 We’re celebrating religious toleration day in the Rare Book & Manuscript Library with the first edition of Gotthold Ephraim Lessing’s Nathan der Weise (1779)! This classic German play—written by a giant of German literature who was also, we are proud to say, a librarian—epitomizes the ideal of religious toleration through the dramatization of the Ring parable. The wise Nathan (modeled on Lessing’s friend Moses Mendelssohn) answers the sultan Saladin’s question as to which is the true faith by telling the story of a ring, passed down from father to son that makes its wearer beloved by God. Once, long ago, when a father had three sons, he had two copies of the ring made. No one could distinguish the real ring from the copies. Of course, the sons each claimed to have the real ring and arguments ensued. But Nathan argues that the authenticity of the ring does not matter for it is not the magic in the ring, but the virtuous life they each lead that makes each one of them pleasing to God. Nathan advises Christians, Muslims, and Jews to live by the religion they have each inherited, for each contains wisdom and salvation. Wise words for 2015, too! 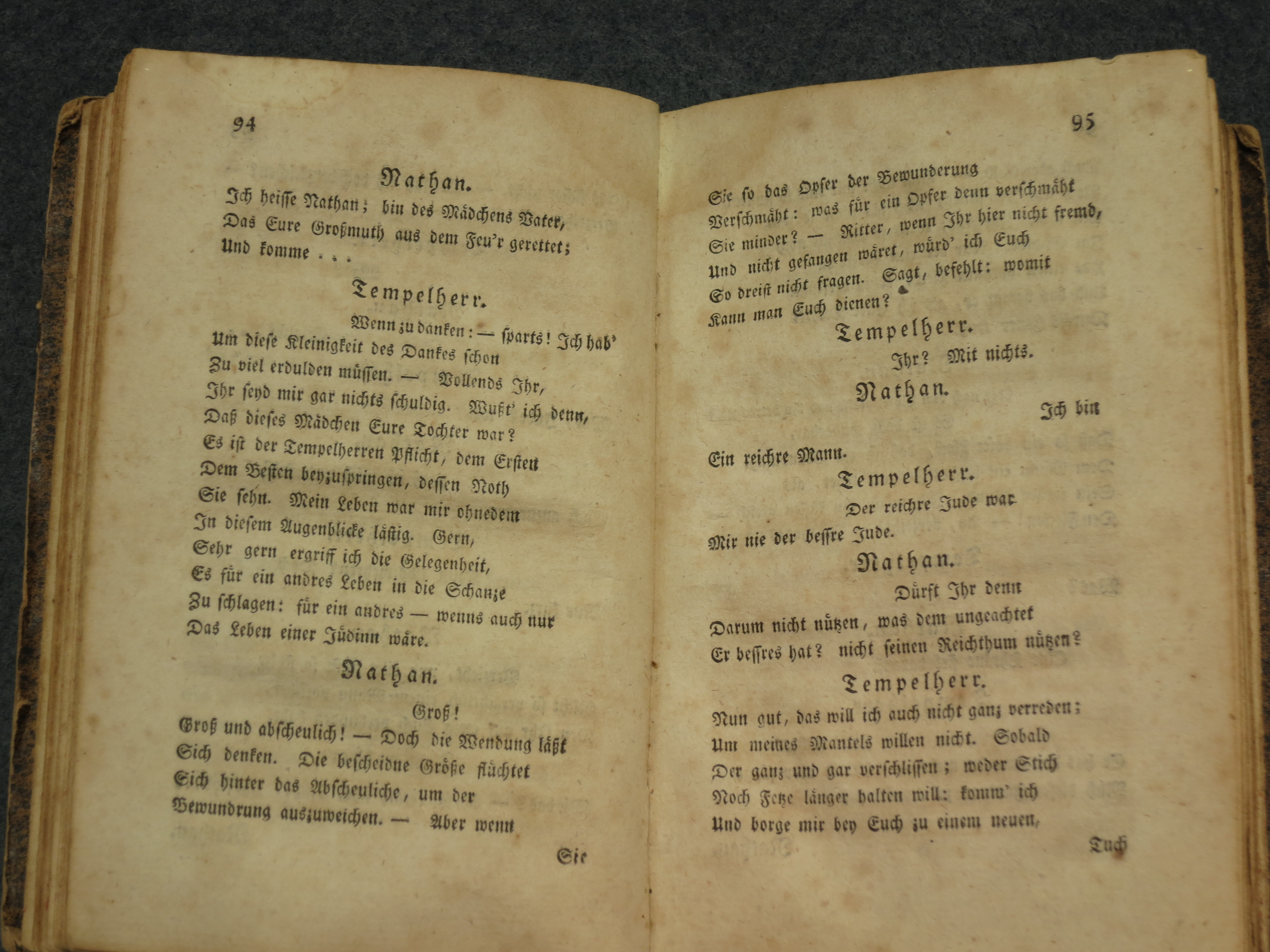