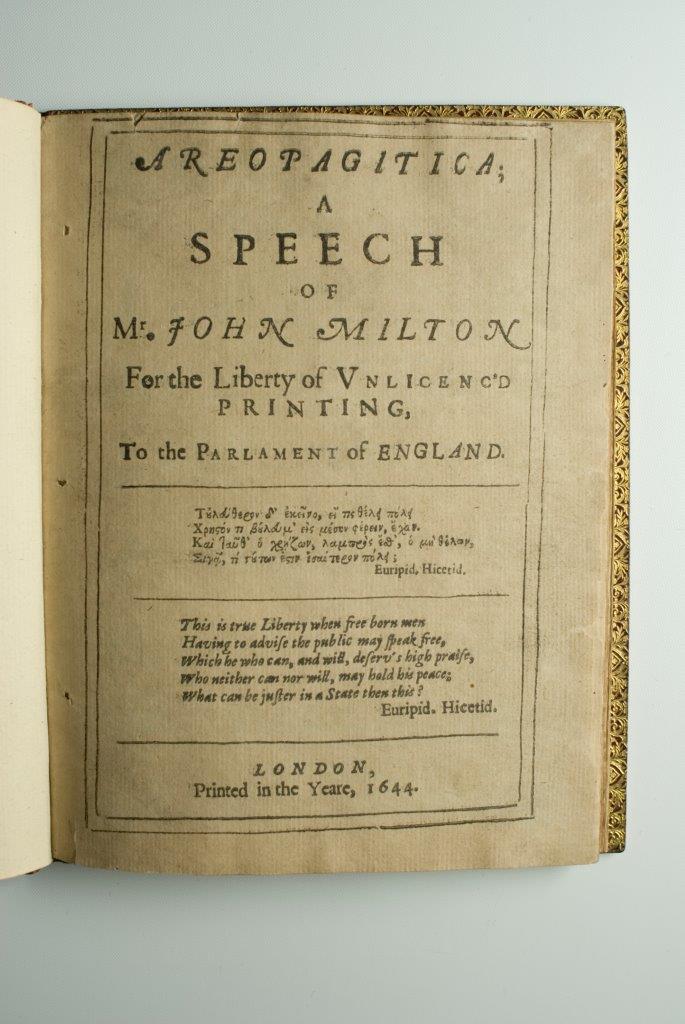 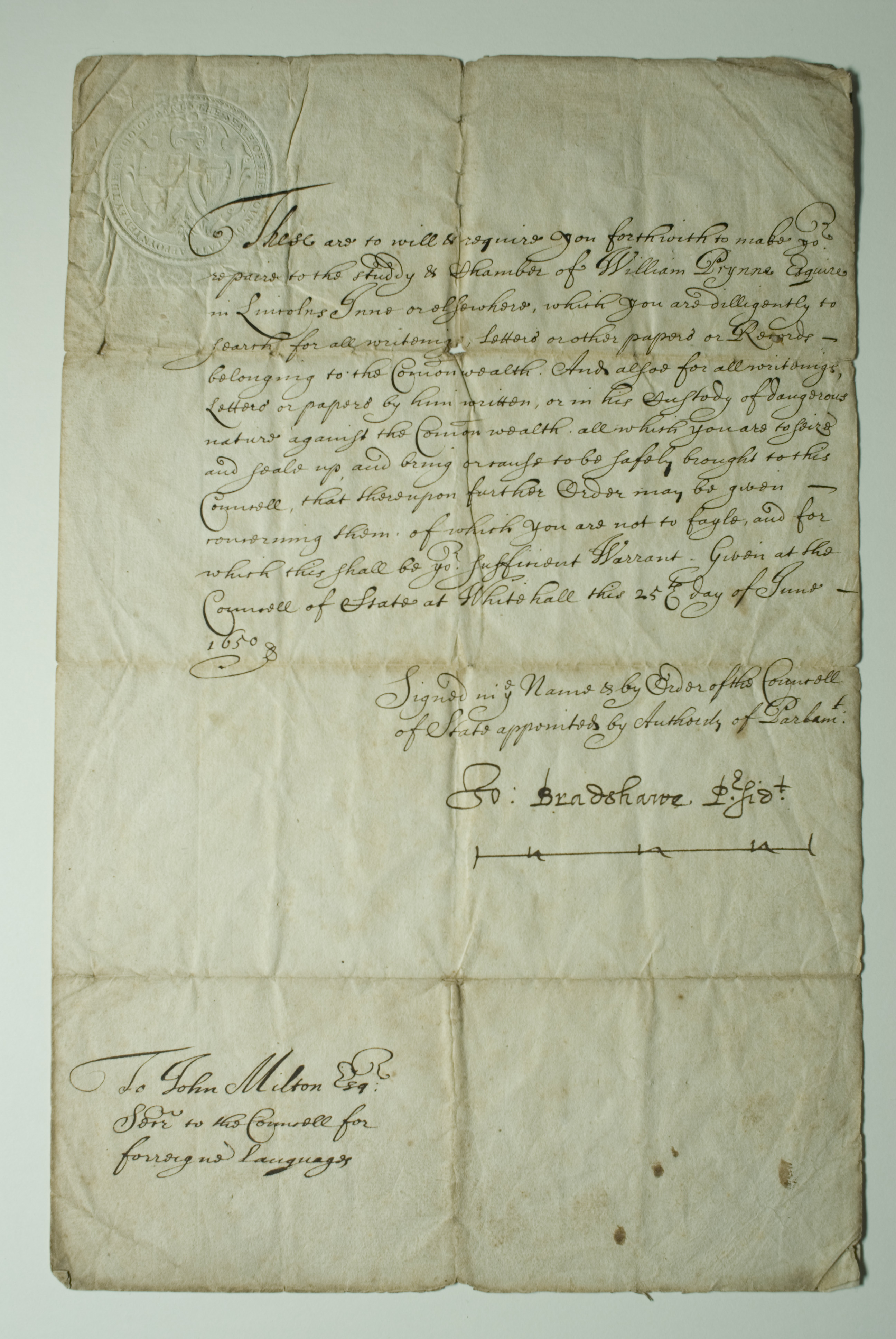 John Milton, arguably the most significant English poet of the seventeenth century, was also a republican politician, religious renegade, and a vocal polemicist on the issues of his day. He flouted the Star Chamber Decree of 1637 when he published his tracts on divorce without license. His Areopagitica also appeared without permit or notice of publisher as required by the law. The Areopagitica has had an enormous impact on modern society, arguing, as it does, that without the freedom of speech, there can be no freedom of thought.

The Areopagitica presents the history of censorship from antiquity to Milton’s day in an eloquent and compelling narrative. Freedom of speech and freedom of the press are presented as inalienable rights of humankind. Without free exchange of ideas, Milton claims that moral, intellectual, and societal development is impossible. From this book comes one of the most powerful statements on the freedom of the press ever written: “as good almost kill a Man as kill a good Book; who kills a Man kills a reasonable creature, God’s Image; but hee who destroyes a good Book, kills reason it selfe.”

Ironically, six years later, in 1650, Milton, now part of the ruling party, was issued a warrant to search the rooms of William Prynne, the Puritan writer with whom he had often squabbled in print. The warrant authorizes Milton to “seize all writings … of dangerous nature against the Commonwealth.” Prynne was arrested five days later and sentenced to three years in prison for expressing views contrary to those held by Milton and the Commonwealth.

The University of Illinois holds both these documents, historical proof that freedom of speech is easier to preach than practice.