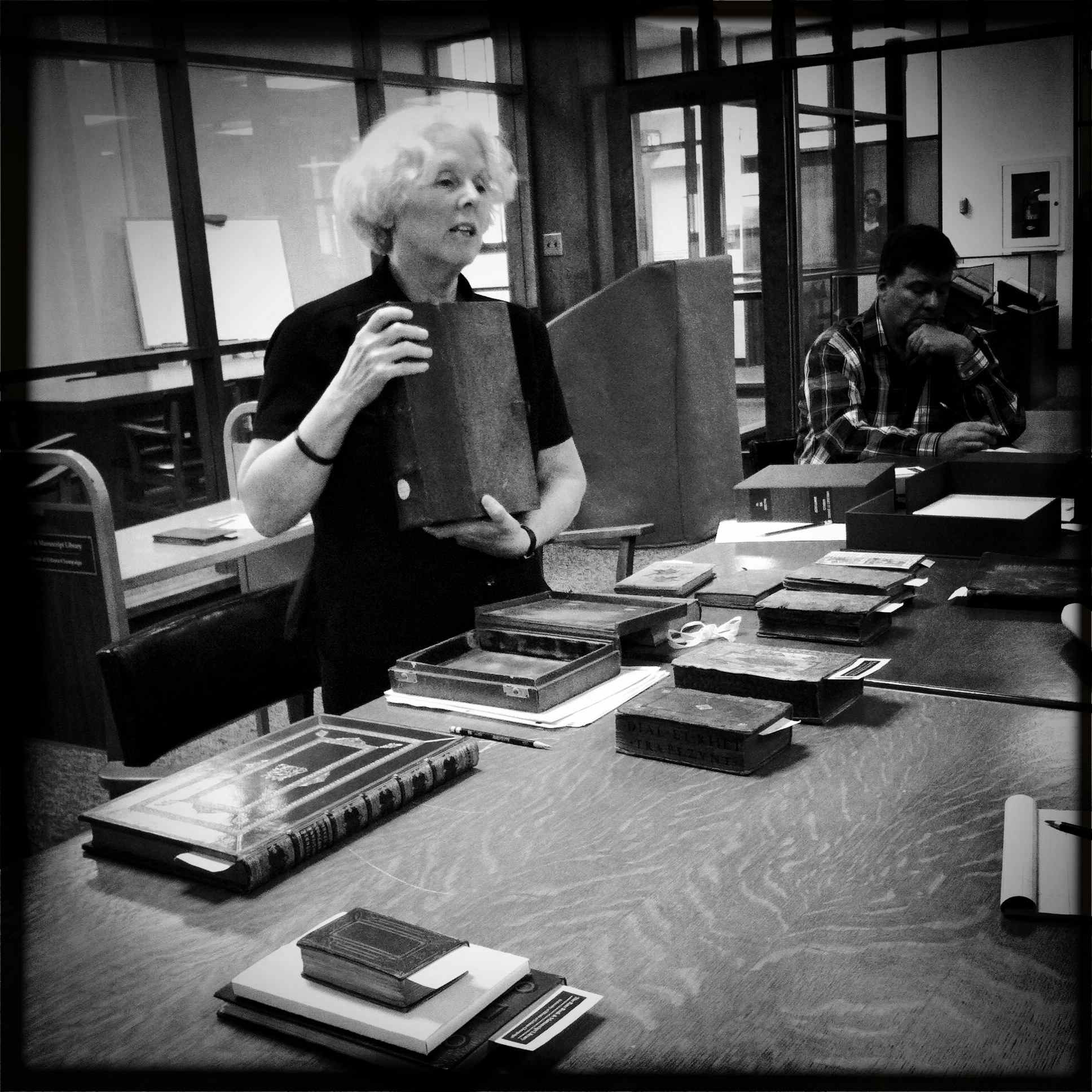 On Wednesday, June 1, the Rare Book & Manuscript Library welcomed book-binding historian Julia Miller to the library.  Ms. Miller is the author of “Books Will Speak Plain: A Handbook For Identifying and Describing Historical Bindings” (The Legacy Press).  In the morning, we invited Ms. Miller to join catalogers, binders, and others interested in the book arts in a stump the expert session at the library.  We were unable to stump Ms. Miller, however,  with any of the many and varied types of bindings we pulled from the vault. She taught us much about binding types and techniques and she was impressed with some of the examples we were able to show her.  From sealskin to pastepaper and from bullet clasps to home-spun coverings on scabbard bindings, we studied and talked as two and a half hours flew by.

Later in the day, Ms. Miller did a presentation  on “American Scaleboard Binding” at the Graduate School of Library and Information Science, our co-sponsor for the day’s events.

Scaleboard, also known as scabbard, is thin wood that was used for bindings in Europe and Britain until around 1600 and much less so thereafter. Scaleboard was used in America for bindings in the 1680s and earlier, and the thin wood covers continued to be used until at least the 1840s. Scaleboard was used in place of paste or pulpboard long after those materials were widely available in America. Ms. Miller’s talk explored this humble, yet fascinating binding technique, while showing plenty of examples of this uniquely American binding technique.

Ms. Miller holds a MA in archival administration and was previously a senior conservator at the University of Michigan Conservation and Book Repair Lab; she was also a co-founder of the Midwest chapter of the Guild of Book Workers. She continues to work in private practice and regularly teaches bench bookbinding workshops around the country, primarily focusing on early book structures. 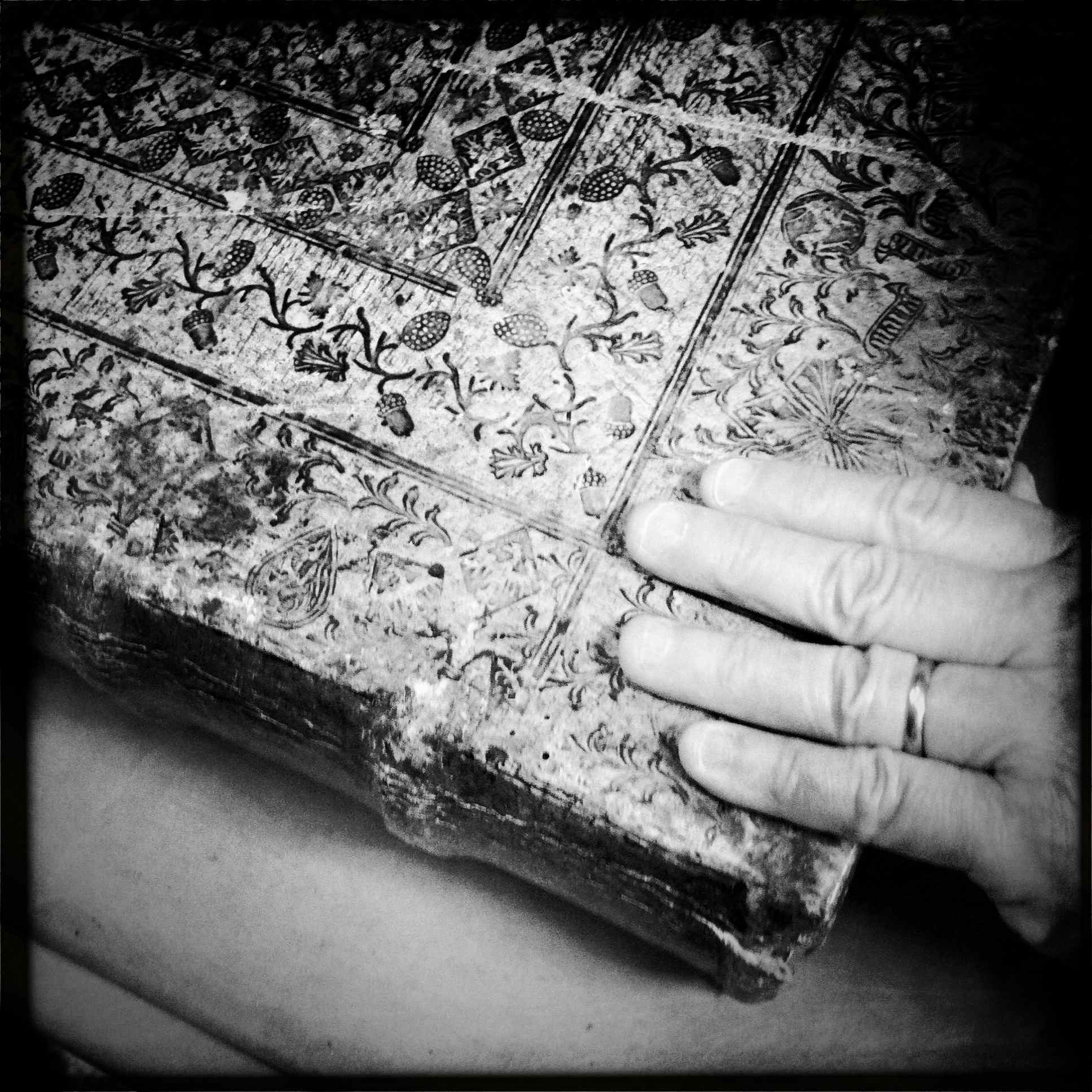 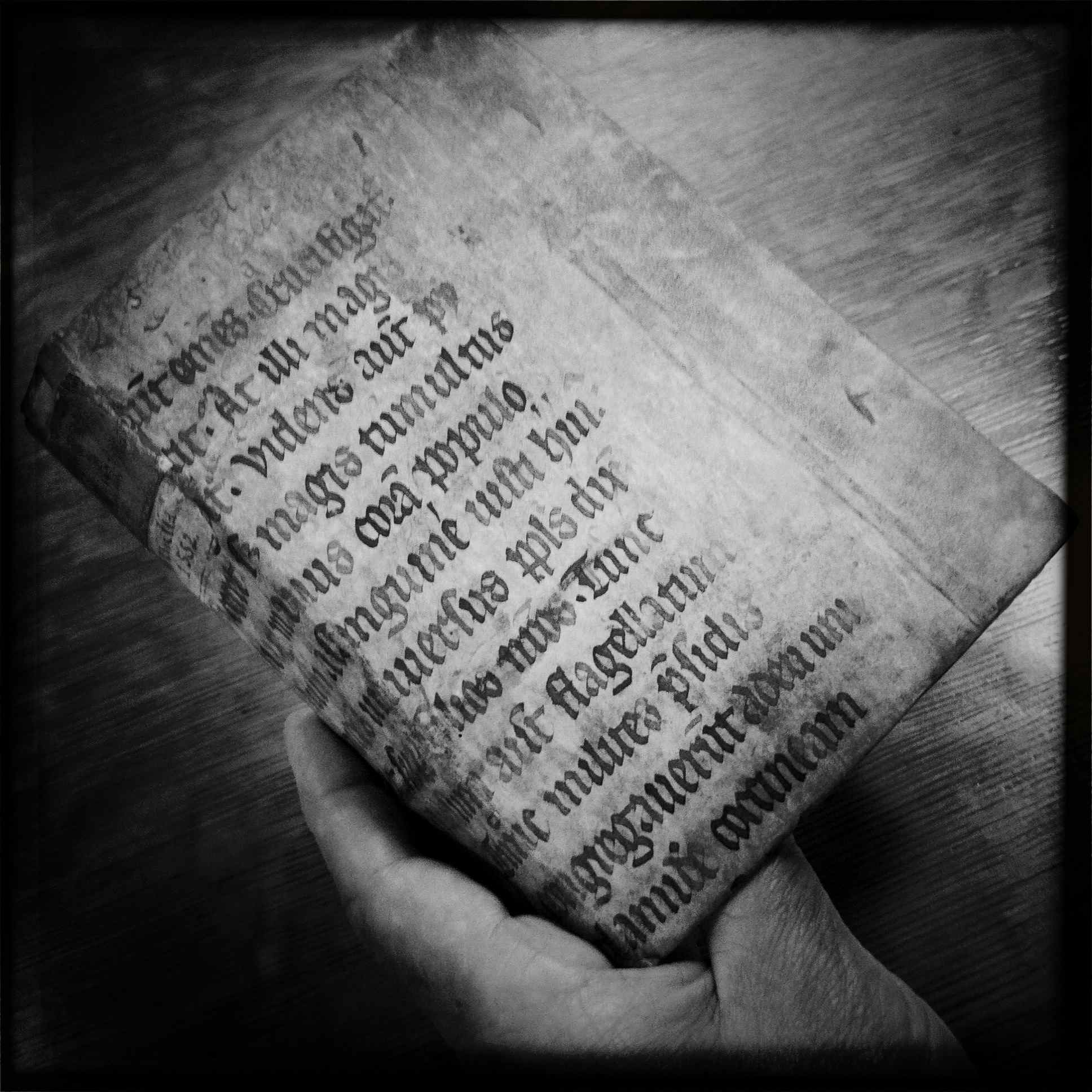