The Rare Book Library is pleased to announce the acquisition of the William Paul Schenk Papers from his estate early in 2011.

In addition to many of his own manuscripts, the William Schenk papers contain a treasure trove of articles, correspondence, and photographs concerning Carl Sandburg and his family. Schenk greatly admired the famous poet and worked for him briefly as his secretary and research assistant. Many of Schenk’s photographs were taken during the time he lived with the Sandburg family on their goat farm in North Carolina. They capture Sandburgs day-to-day activities including writing in his office, spending time with his family, and sitting in his chair playing his guitar. 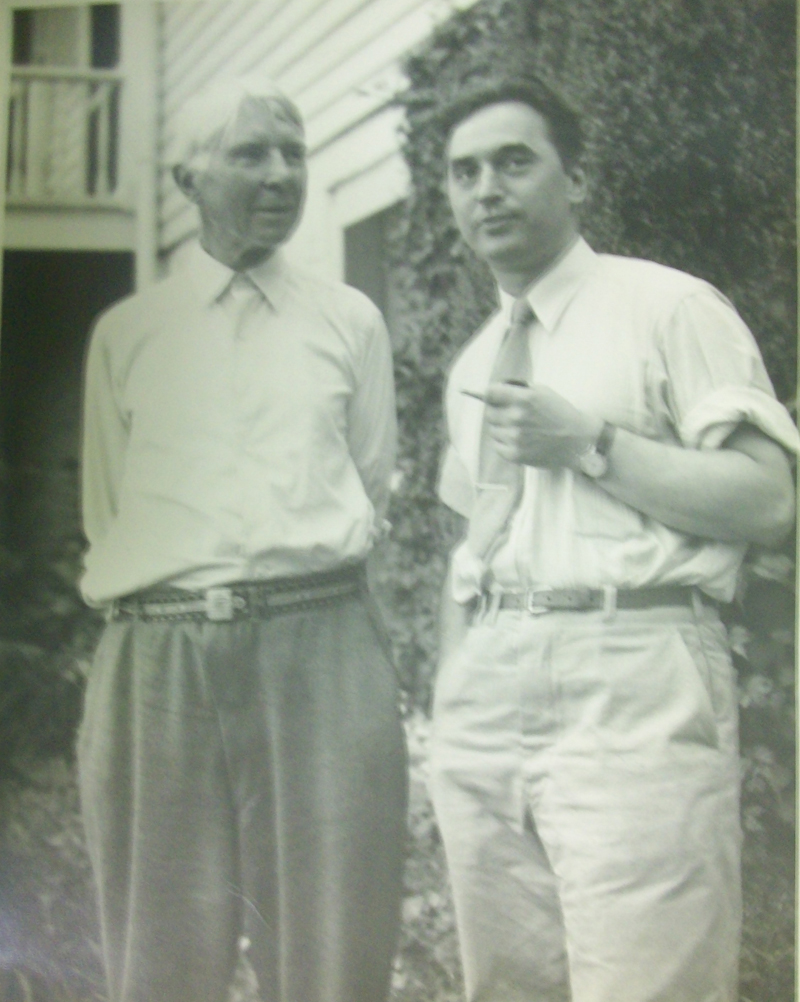 Born in Chicago in 1913, William Schenk was a writer, editor, and photographer.  Schenk pursued a degree in English at the University of Chicago and later founded Hull House Magazine with fellow writers Willard Motley and Alexander Saxon. Financial troubles during the Great Depression forced Schenk to drop out of the University before completing his degree. Fortunately, his good friend, Carl Sandburg, found work for him as a ghostwriter. Shortly thereafter, the University of Chicago hired Schenk as a writer, and later as an editor, for their alumni publications in the Department of Public Relations. He continued his work with a variety of other publications; writing on a wide range of topics. These included: biographies of famous artists, science articles in encyclopedias, and history pieces for travel magazines.

This collection provides a unique look at a writer who was passionate about many topics and disciplines. It also serves to further expand the University’s extensive resources regarding Carl Sandburg. PG