On February 19, 1942, President Franklin Delano Roosevelt issued Executive Order 9066 “Authorizing the Secretary of War to Prescribe Military Areas.” During World War II, over 120,000 persons of Japanese, German, and Italian ancestry were then removed from these military areas and relocated to internment camps in the Western United States–most for the duration of the war.

One of these camps was placed in the abandoned town of Manzanar in California’s isolated Inyo County, where a population of 7,600 was spread out over 10,000 square miles. This camp would grow to over 800 buildings and process over 11,000 detainees during the war. Two-thirds of the detainees held behind Manzanar’s barbed wire were American citizens.

On April 11, 1942, the first issue of the camp’s Manzanar Free Press was published. The first newspaper to be published in a U.S. internment camp, this independent record of the internees’ lives at Manzanar was distributed in the camp until shortly before Manzanar closed on November 21, 1945.

In May, 2010, the “Quick & Clean” cataloging unit of The Rare Book & Manuscript Library processed and cataloged a collection of over 300 issues of the Manzanar Free Press from the RBML cataloging “backlog.” Though this same collection was microfilmed sometime in the late 1970s, the original issues were never fully-cataloged or inventoried.

Interestingly, the Manzanar Free Press combined a national outlook with a newsletter feel. One can find articles on such topics as mess hall rules, school graduations, and results of games in the camp’s eight-team baseball league alongside articles touting the contributions of Japanese-Americans citizens and soldiers to the national war effort. 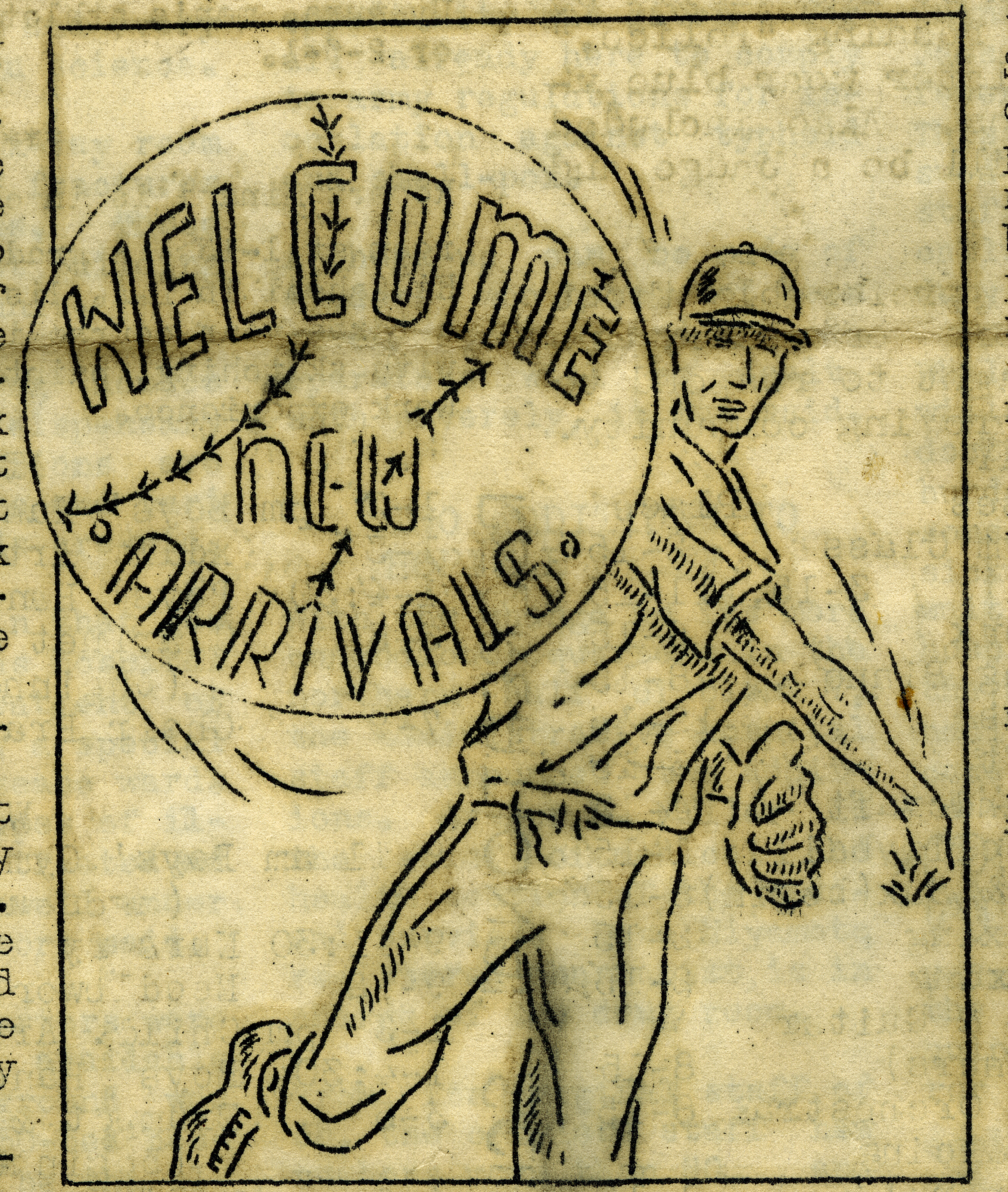 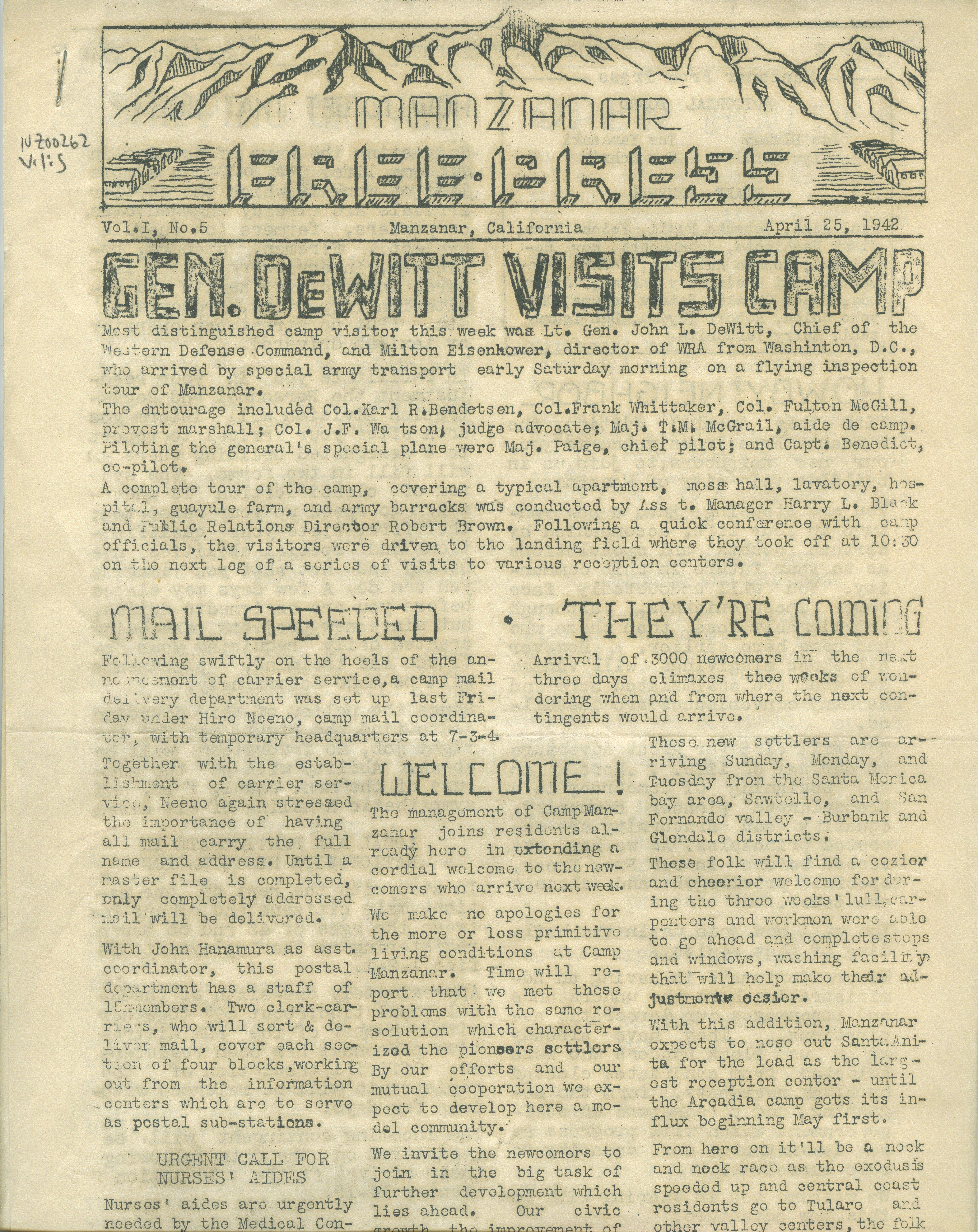 Editorially, the Manzanar Free Press was both unalloyed in its devotion to the highest expressions of American patriotism and mindful of the synthetic distinction of ethnicity made to limit Japanese-American participation in the war.  In a January 1, 1944 editorial addressed to the “People of America,” the paper eloquently captured the resolve of these loyal, yet nonetheless demonized internees:

In three months, we will have spent two years in these centers. We have had time to rationalize our own predicament. The tragic experience of evacuation, the untold volume of business losses of the evacuees, the unwarranted hatreds engendered toward us by some people because of our hereditary kinships with the Asiatic foe—these we write off our ledger.

Unfortunately, the provenance of The Rare Book & Manuscript Library’s copies of this important record could not be determined. Issues of the Manzanar Free Press are available under call number IUZ00262. A moving photographic tribute to the people of Manzanar, “Born Free and Equal” was published by the photographer Ansel Adams in 1944 and is available from the Main book stacks, at 940.947273 Ad1b. DS