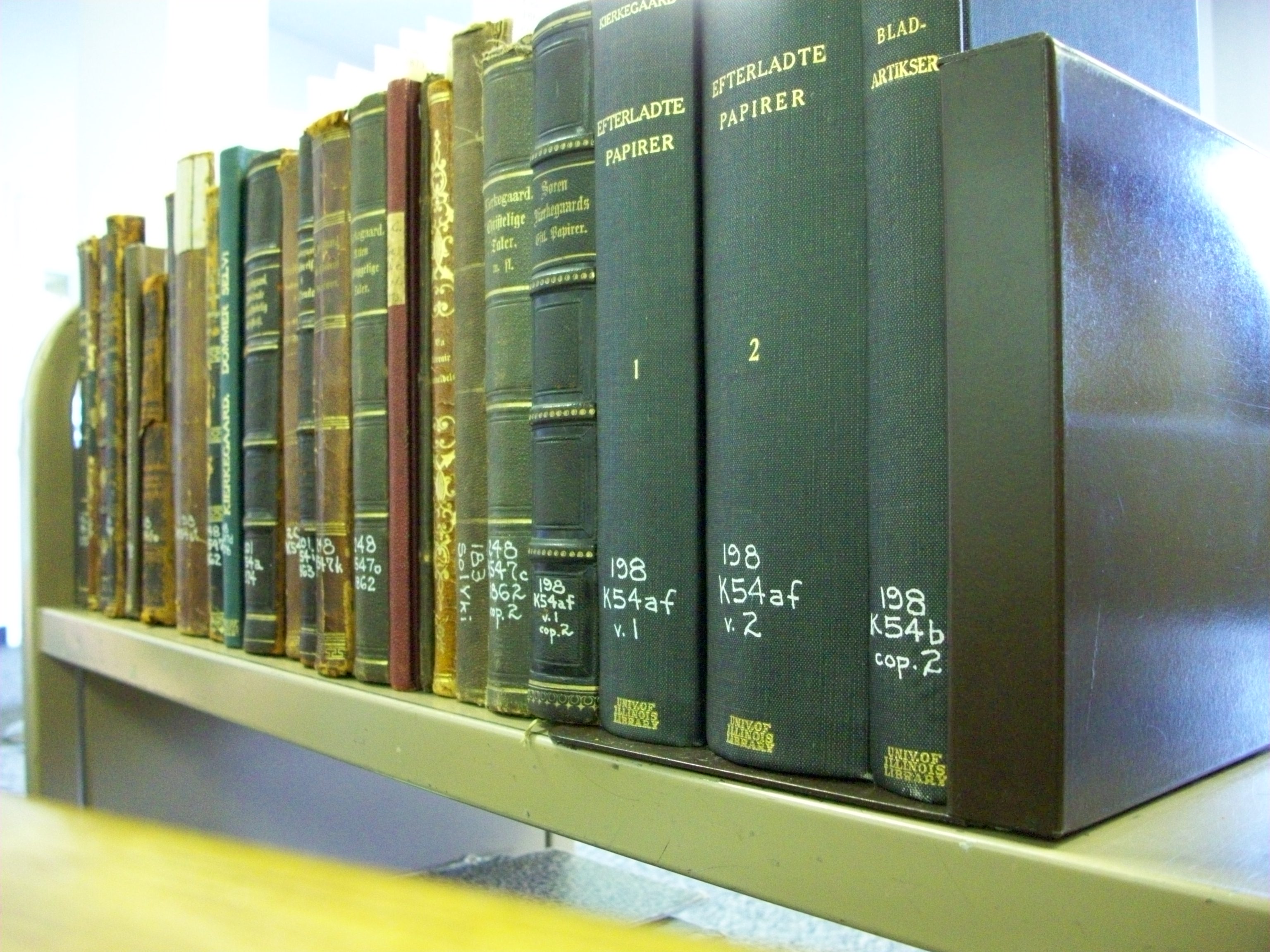 At the Rare Book and Manuscript Library’s monthly No. 44 Society meetings, it is a tradition to share a book from the RBML vault that is related to the historical events of the day.  On May 5th, a discovery was made while retrieving a first edition of Soren Kierkegaard’s Forord (1844) for the anniversary of the Danish philosopher’s birth in 1813.

This discovery brings up an important problem facing our online catalog users.  When card catalog records were converted to electronic records in past years, volumes containing more than one work tended to only have online catalog access to the first work in that volume.  These collections of separately published works that have been bound together at a later time are known by the German term Sammelbände (sg. Sammelband) or more colloquially as “bound-withs.”  Whenever our rare book catalogers come across these copies in our vault, we create new cataloging records with access to all the works in the volume.

The early works of Kierkegaard were printed in small, non-commercial runs by Luno Biancos Bogtrykkeri and published by the firm of C.A. Reitzel.  It is impressive then that the University of Illinois Rare Book and Manuscript Library should have such a large collection of Kierkegaard’s works in first editions.  As the books were being cataloged, it emerged that most, if not all, of our rare Kierkegaard materials came from an unidentified book dealer or individual named Chislett and were purchased by the library on 22 November 1951.  One of our more impressive holdings is the first edition of Af en endnu levendes papirer (From the papers of one still living), which is a review of Hans Christian Anderson’s novel, Kun en spillemand (Only a fiddler) and is Kierkegaard’s first published work.  The library also holds a copy of Kierkegaard’s thesis, Om begrebet ironi: med stadigt hensyn til Socrates (1841), which was later translated as The concept of irony, with continual reference to Socrates. AD