Under the direction of Captain Sir William Parry, the HMS Hecla and HMS Griper left port on 11 May 1819 destined for the Arctic. Their objective was to continue the search for the Northwest Passage and to pursue the Longitude prize by surpassing the record for a sailing vessel traveling the farthest north (previously set by whalers/explorers William Scoresby, Sr. & Jr. in 1806 at 81 30′ N). Parry’s arctic voyage of 1819-1820 has been labeled the most successful arctic voyage of the 19th century.

The journey, chronicled in Parry’s Journal of a Voyage for the Discovery of a North-West Passage from the Atlantic to the Pacific (London, 1821; shelfmark: Q. 919.8 P24J), sailed to Greenland and to the mouth of Lancaster Sound. The expedition easily passed through the sound (previously thought to be impassable by the 1818 expedition of Captain John Ross) and progressed towards the Arctic Ocean. The expedition finally reached 113 46′ 43.5″ and were impeded by ice, and so the decision was made to winter on Melville Island. This was the first British naval expedition of the 19th century to winter in Arctic conditions. 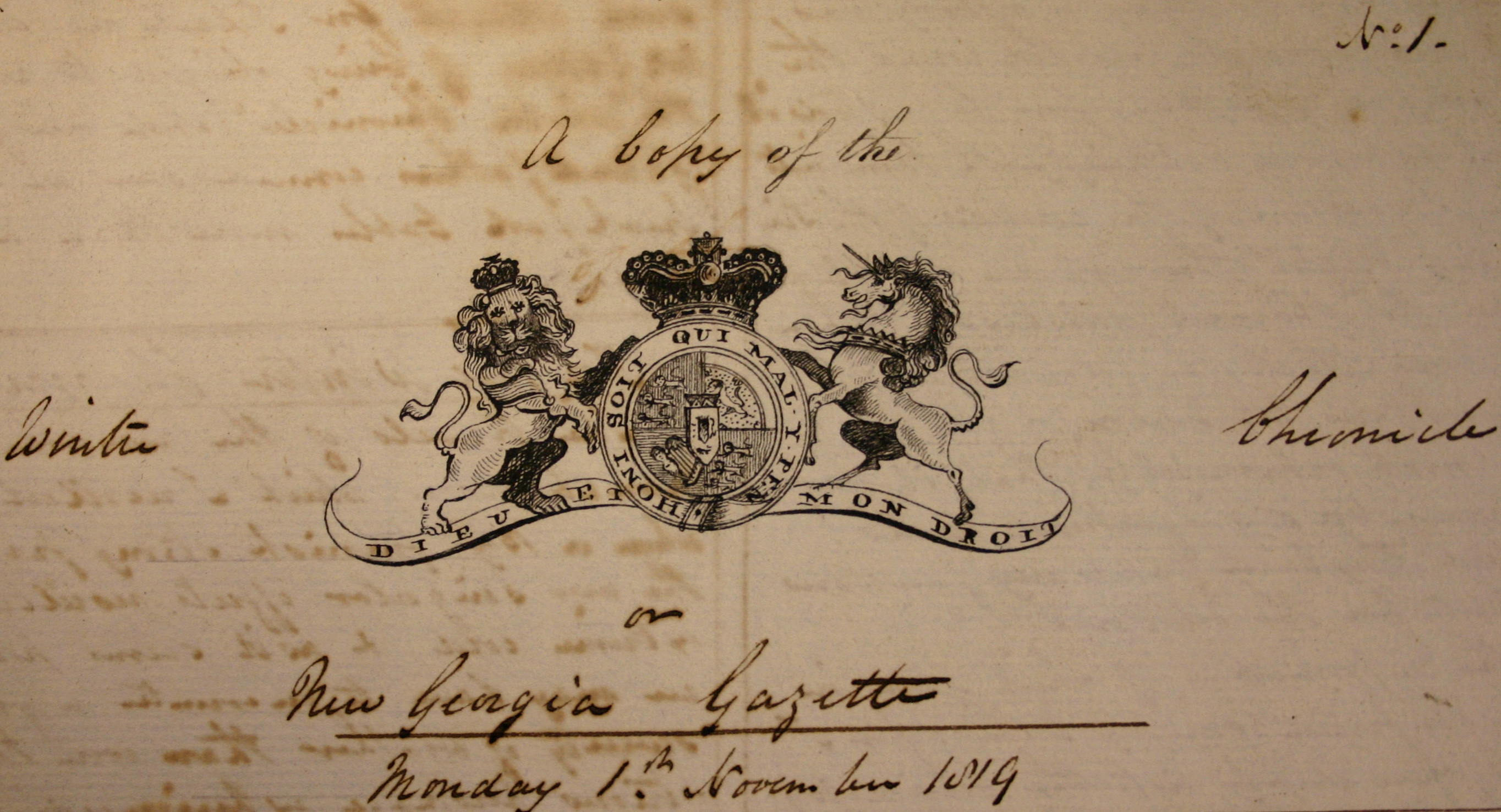 During the winter on Melville Island the crew entertained themselves with theatrical shows, hunting, schooling, and with the circulation of a weekly journal called The North Georgia Gazette and Winter Chronicle. The goal of the Chronicle was to “enliven the tedious and inactive months of winter” which would be “wholly dependent on the gentlemen of the expedition”, and was first proposed on 20 October 1819 to be edited by Captain Edward Sabine. The Chronicle was circulated in manuscript form between all of the expedition’s crew.

Post-1650 MS 0334 is the personal copy of Charles Palmer, Midshipman on the H.M.S. Hecla. Mr. Palmer is mentioned many times throughout Sabine’s printed version of the Chronicle as an entertainer and singer, who was a source of good humor for his expedition mates. MS 334 is comprised of 54 large leaves (31 cm) written in two columns and composed as a contemporary newspaper. This manuscript and the printed version (shelfmark: Rare Books Q. 052 NG) are accompanied by a short letter written to Mr. Palmer’s sister, Judith Maria Palmer. DG