Return to top
This two-volume set detailing the history of ballooning in Europe from 1783-1890 was written by balloonist Gaston Tissandier. Tissandier was a prolific author of books on balloons and patented the method of application of the electric motor in balloon flight. His work followed that of Henri Giffard who invented the first engine-powered airship. Although Tissandier primarily wrote on ballooning (including a bibliography) he had many other interests and wrote books on meteorology, chemistry, engraving and photography.

The library’s copy (Q.629.13322 T52h) of this set has bookplates indicating that it is from the library of Amelia Earhart and is accompanied by a note describing its acquisition:

“…The work was published in 1890 and was a part of the library of the late Amelia Earhart. Miss Earhart (Mrs. Putnam) it will be recalled was a noted aviator who lost her life in a flight over the Southern Pacific Ocean, her library was recently placed on sale and the University was able to purchase this work.” 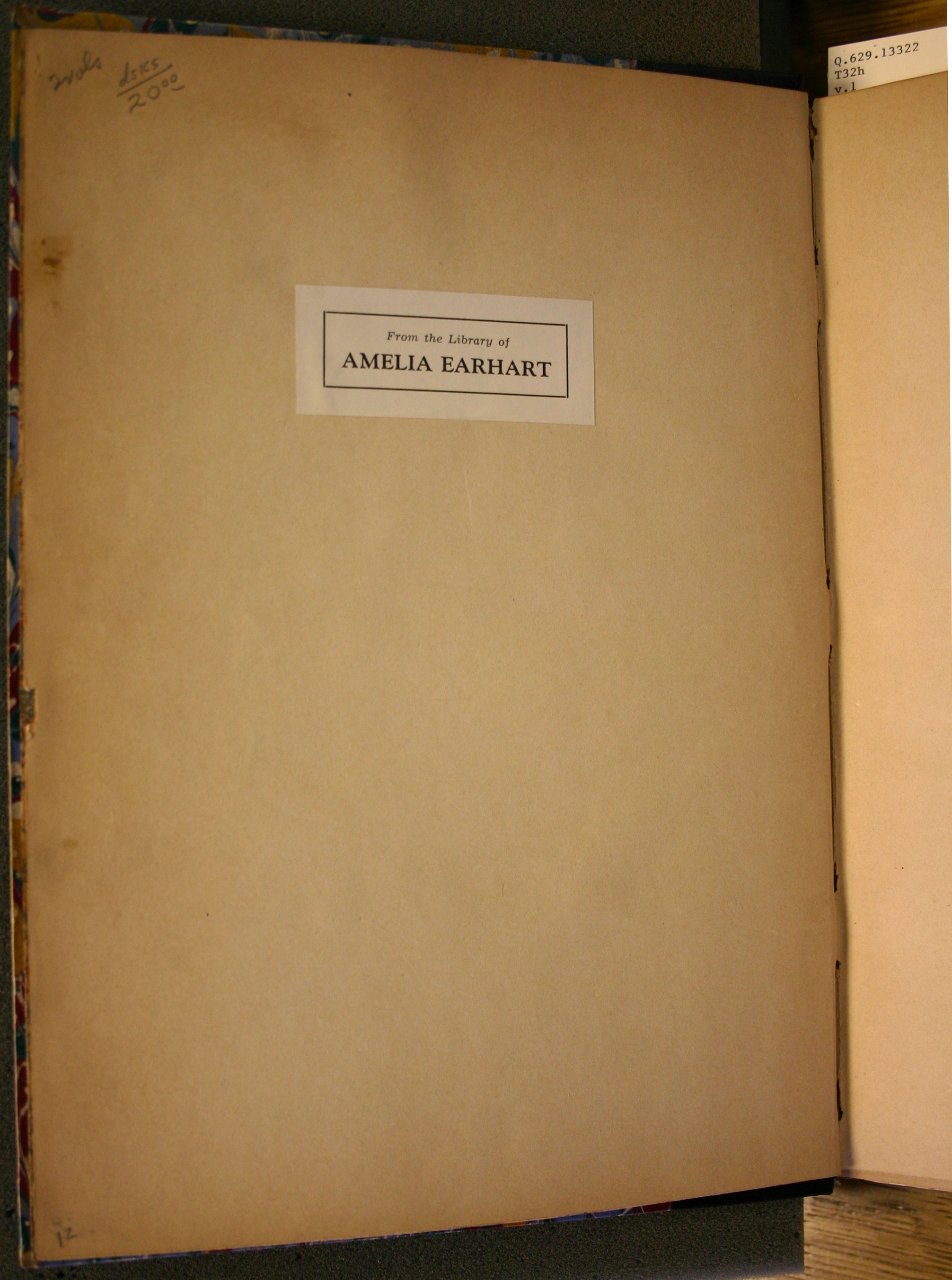 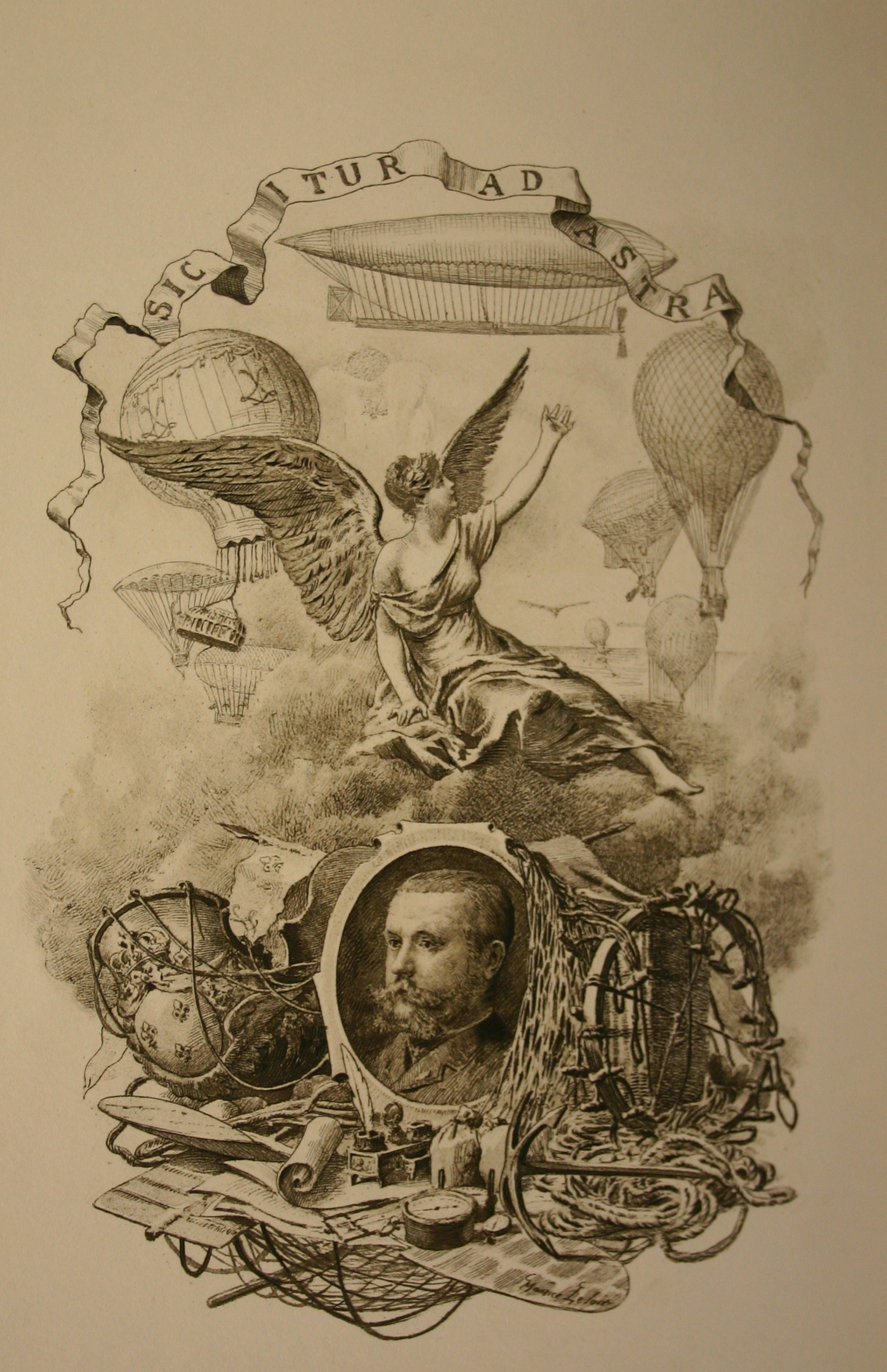 It is oddly coincidental that this work comes from the library of Amelia Earhart, since Tissandier dedicated it to those balloonists who “sacrificed their lives for the progress of science”:

Those “Aéronautes” mentioned in the dedication are two who died in an attempted flight across the English Channel in 1785 (just 2 years after the first recorded manned flight of a hot air balloon) and two others who died during a high altitude flight with the author in 1875, which is described in Volume II. Tissandier was greatly affected by the death of his comrades and wrote Les Martyrs de la Science in 1879. 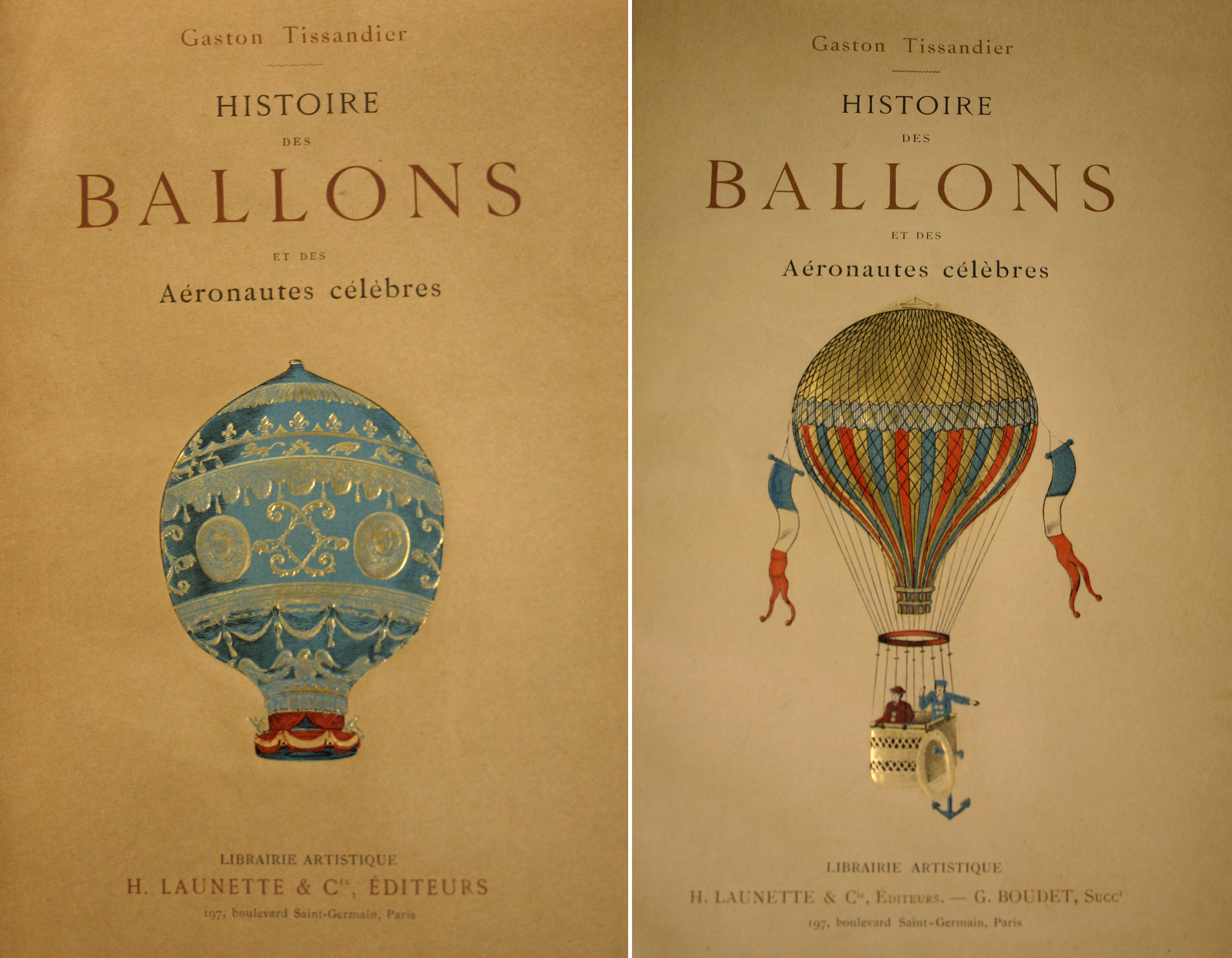 This book also mentions the use of hot-air balloons during the siege of Paris in 1870, over the course of which, according to Tissandier, 64 balloons crossed enemy lines carrying 91 passengers, 363 messenger pigeons and 5000 kilograms of mail. A more descriptive account can be found in Tissandier’s En Ballon! Pendant le Siege de Paris Souvenirs d’un Aeronaute (Paris: E. Dentu, 1871). MS