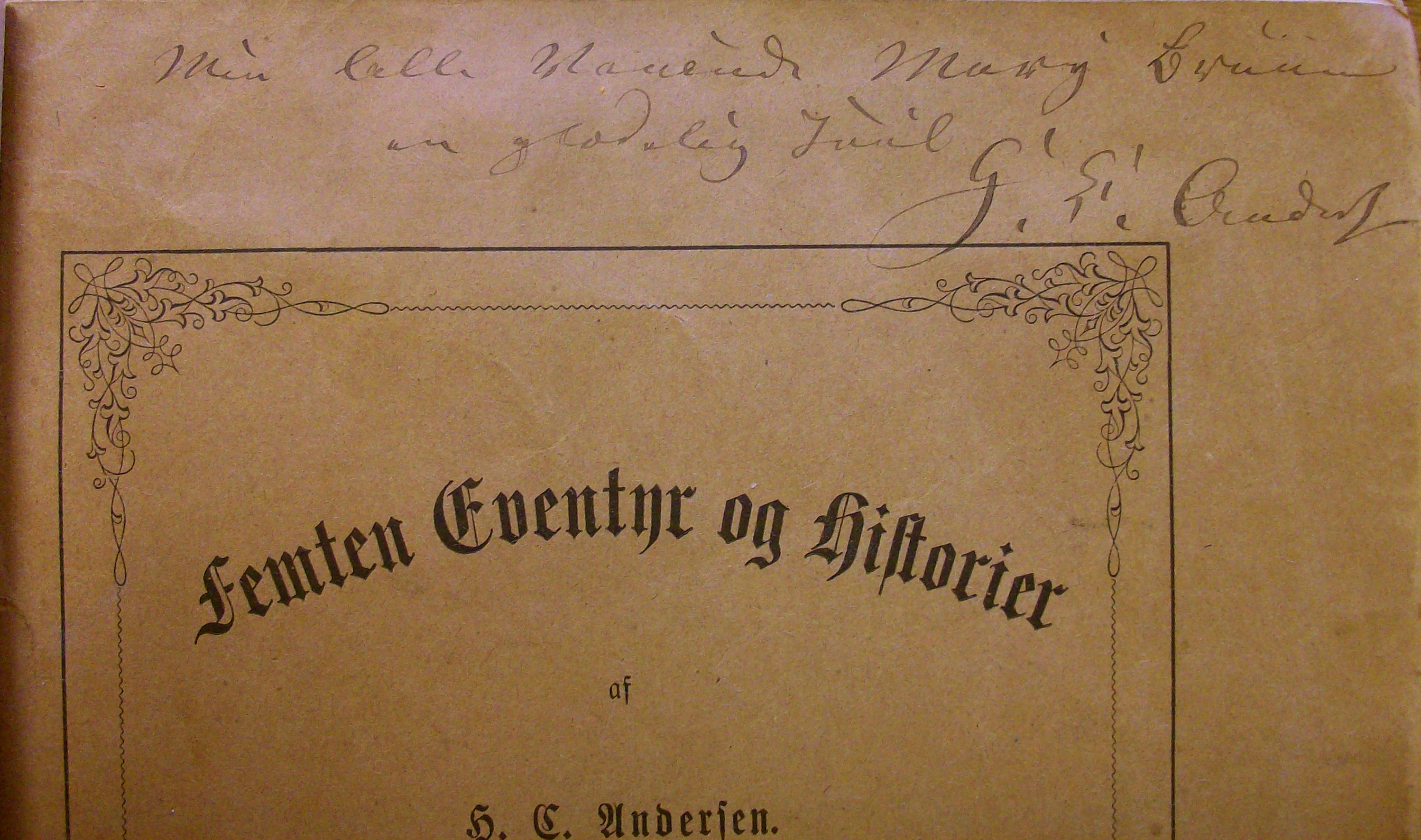 The Danish author Hans Christian Andersen (1805-1875) gained international fame for his fairy tales.  In fact, at the time of this blog posting, Edward Erikson’s famed statue of the Little Mermaid, which is permanently located in Copenhagen Harbor, is on display in Shanghai, China for EXPO 2010.  It is timely that the Rare Book & Manuscript Library has recently cataloged a copy of Andersen’s tales that he inscribed to a neighbor’s daughter.

IUA15161, the library’s copy of Andersen’s Femten eventyr og historier (Fifteen Tales and Stories), is inscribed to Mary Bruun on the front wrapper.  Mary Bruun was born in 1863 and was the daughter of Andersen’s Odense neighbor, Georg Lassen Bruun.  Andersen’s young neighbor shows up several times in the bibliographical and biographical record of Hans Christian Andersen’s life.

In addition to the library’s copy, there is record of Andersen inscribing another book for Mary Bruun.  In May 1866, he inscribed a copy of Billedbog uden billeder (A Picture-book Without Pictures, also known as What the Moon Saw) to her.  His inscription, “Den lille Mary Bruun, et Vesitkort fra H. C. Andersen,” can be roughly translated as: ”[To] Little Mary Bruun, a visiting card from Hans Christian Andersen.”