At the early age of four Dr. William Moon (1818-1894) lost sight in one eye due to scarlet fever and by 1839, he became totally blind. Moon quickly devoted his attention to learning the various types of type for the blind and eventually began teaching other blind pupils of various ages, which led to the formation of the Asylum for the Blind, Easton Road, Brighton. Observing that his pupils had a difficult time committing many passages to long term memory, Moon desired to develop a new method of reading that was based loosely around the Roman alphabet. Moon developed his new Moon Type and published his scheme in 1845. Moon type was very successful, especially with readers who had lost their sight later in life after learning how to read. Throughout his career, Moon published more than 300 works in Moon type in over 400 different languages and dialects and set up Home Teaching Societies and Free Lending Libraries across the United Kingdom. It is estimated that his embossing stereotype plates produced over 200,000 imprints.

During our cataloging of the backlog in the Rare Books & Manuscript library, we stumbled upon a box of materials for the blind that had not been touched since the late 1980’s. This box included four volumes in Moon type, Shakespeare’s Henry V printed in Boston line type [IUQ04524], and a fragmented run of the Michigan Herald for the Blind [IUQ04525], donated to the Rare Book & Manuscript Library by Professor Joseph Larsen in 1987.

IUQ04520 is Moon’s “First illustrated reader” published in the late 19th century. This reader credited on the title page as “Owing to the extensive use of the Elementary School Series, published by Messr. Daldy, Isbister & Co.,” and includes eight embossed plates of images that would allow readers to ‘see’ illustrations of the topic being discussed in the text. This is an early use of the tactile images that would later become popular in works for the blind, especially children’s works. IUQ04521 is Moon’s adaptation of T. Nelson and Sons’ Royal school primer printed in the late 19th century. IUQ04522 is the first volume of a 10 volume English dictionary that Moon produced during the last years of his life. This volume contains definitions for words A-Base. IUQ04523 is a unique find and is not listed in the bibliography found in Rutherfurd’s William Moon and his work for the blind (1898). It is an illustrated history of the United States based on the popular work by John Fiske (1894). This work provides illustrations and embossed maps with captions for the reader.

These books are the only works in Moon type cataloged at the University of Illinois, and provide very unique examples of a rarely-used reading system for the blind for students on the Urbana-Champaign campus. DG 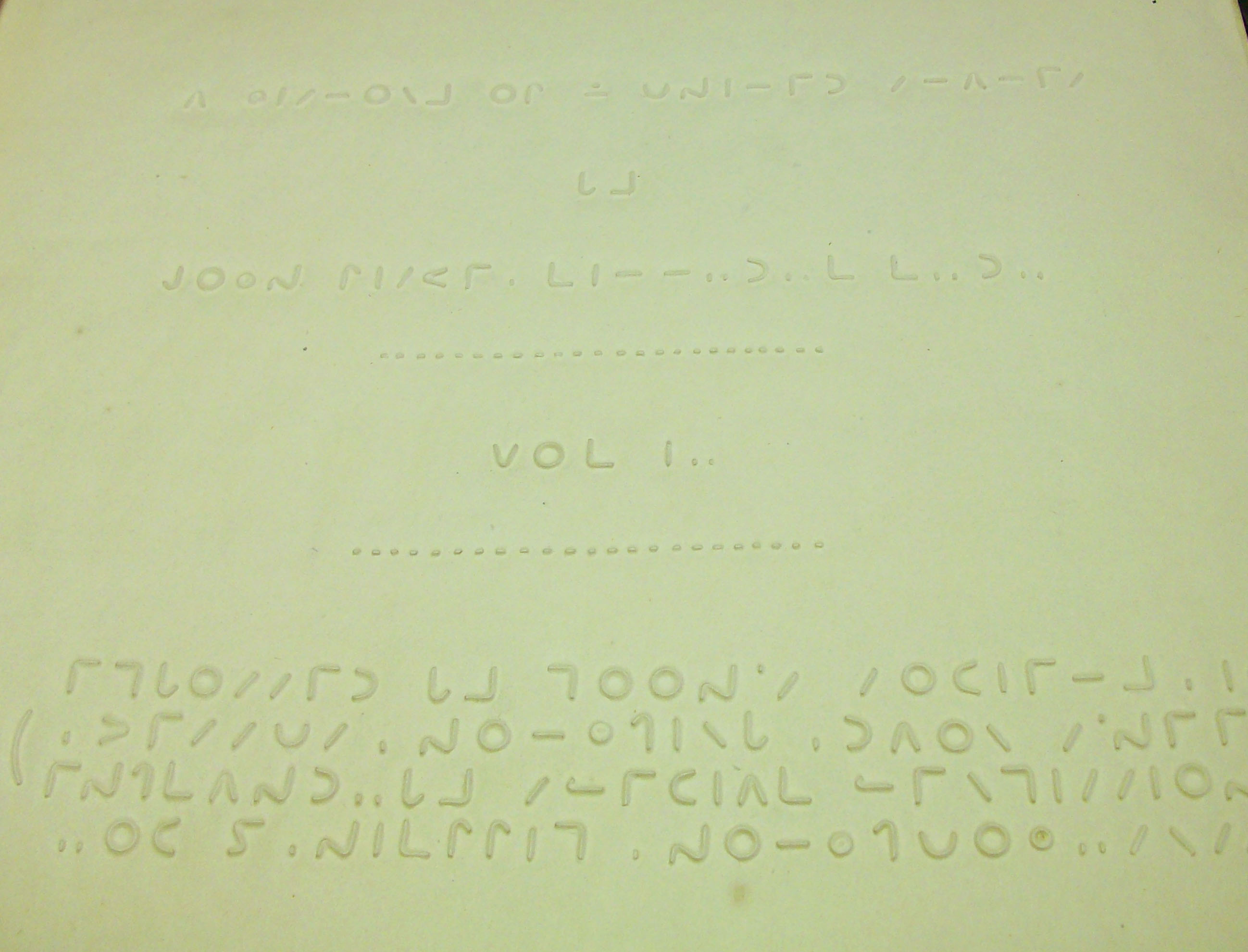 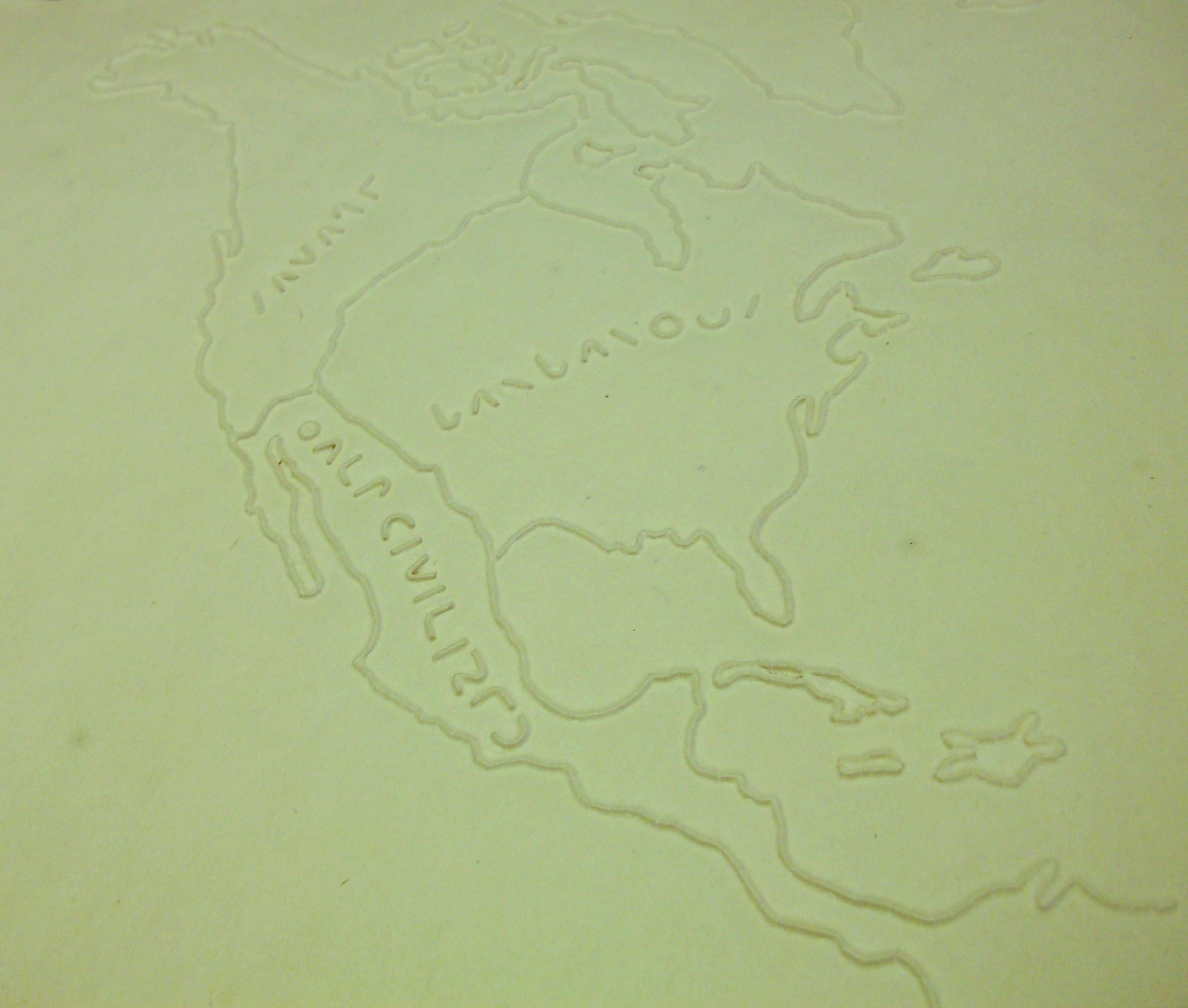 One thought on “Moon Type Books”